Georgia is part of the 11th circuit and joined the suit as a ‘friend of the court,’ offering a brief in support of the City of Pensacola.
We have a number of crosses on state property around Georgia as well.
What do you think? 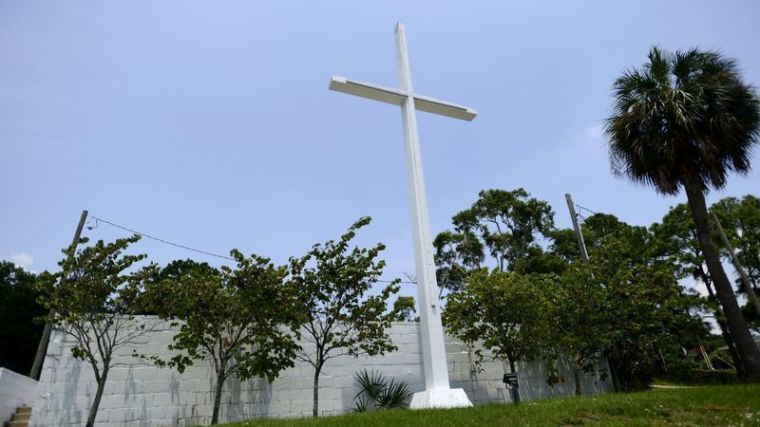 The U.S. Court of Appeals for the 11th Circuit ruled last week that the City of Pensacola may continue to display a World War II-era cross monument in a public park.

Georgia is part of the 11th circuit and joined the suit as a ‘friend of the court,’ offering a brief in support of the City of Pensacola. The ruling by the appellate judges will directly impact a 12-foot cross on the trail of the Chickamauga Battlefield in Fort Oglethorpe, Ga as well as a stone cross in Augusta, Ga that honors Georgia World War I veterans. The latter is on government property in a median between two streets.

In 2016, the American Humanist Association and the Freedom From Religion Foundation sued the City of Pensacola on behalf of four residents who wanted the cross to be removed. They claimed the 70-year-old cross in Bayview Park, owned by the city, violated the Constitution’s prohibition against the establishment of religion.

But a 42-page opinion from the Appellate Judges last week says that is not the case with the City of Pensacola.

The Eleventh Circuit’s decision applies a U.S. Supreme Court decision issued in June 2019 which preserved a different historic cross monument in Bladensburg, Maryland, which was erected as a World War I memorial. The State of Georgia also joined an amicus brief in support of the continued display of the Bladensburg “Peace Cross.” Prior to the June 2019 SCOTUS ruling, the same Appellate Court upheld a lower court ruling ordering the removal of the 34-foot cross, saying the presence of the cross did violate the establishment clause.

The Eleventh Circuit’s opinion from last week reads in part:

“Even if the original purpose of [the] monument was infused with religion, the passage of time may obscure that sentiment, and … a community may preserve such monuments, symbols, and practices for the sake of their historical significance or their place in cultural heritage.”

The Court continued, “Removal of the Bayview Park cross at this point – more than 75 years after its original erection and more than 50 years after its replacement with the current version – could well, in the Supreme Court’s words, ‘strike many as aggressively hostile to religion.’”

The Court also held that the “plaintiffs have provided no evidence of the sort of discriminatory intent that would warrant invalidating a presumptively constitutional monument” and “plaintiffs offer no evidence of deliberate disrespect in the monument’s design. There is nothing unique — let alone uniquely disrespectful — about the Bayview Park cross.”

“The Supreme Court has now made clear that religious symbols are an important part of our nation’s history and culture,” Luke Goodrich, vice president and senior counsel at Becket – which is a religious liberty lawfirm – said in a statement after the ruling.

Georgia Attorney General Chris Carr said in a press release that the court’s decision provides ‘clear guidance’ for the peach state to ‘continue to work to protect these kinds of memorials in Georgia.’ “We strongly believe that memorials like this one do not violate the Constitution and should be protected and preserved,” Carr said in his statement.

The American Humanist Association called the ruling a “devastating blow to the Establishment Clause,” and said they were exploring all options in the case in a statement made after the ruling.

“Tax-exempt church property abounds where this cross belongs. Its presence in a city park sends a message that Christian citizens are insiders, and the rest of us are outsiders — and that’s an alarming message.”

The case could still be appealed to a full-panel of all 11th Circuit Court judges or be taken back to the U.S. Supreme Court.