In its amicus brief, the United States explains that Harvard’s expansive use of race in its admissions process violates federal civil-rights law and Supreme Court precedent. 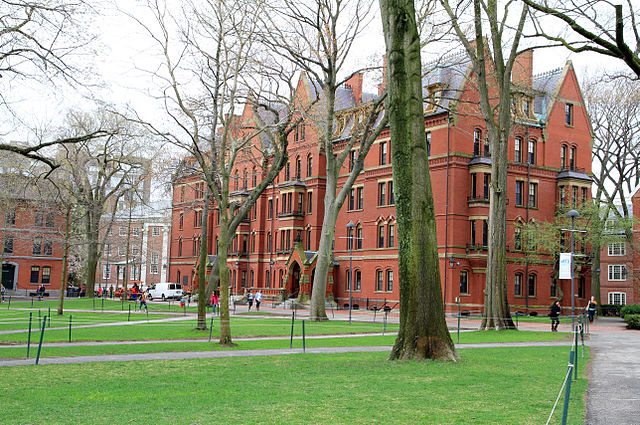 The Department of Justice filed an amicus brief on Monday in Students for Fair Admissions, Inc. v. President and Fellows of Harvard College in the United States Court of Appeals for the First Circuit. In its amicus brief, the United States explains that Harvard’s expansive use of race in its admissions process violates federal civil-rights law and Supreme Court precedent.

“Race discrimination hurts people and is never benign,” said Assistant Attorney General Eric Dreiband for the Civil Rights Division. “Unconstitutionally partitioning Americans into racial and ethnic blocs harms all involved by fostering stereotypes, bitterness, and division among the American people. The Department of Justice will continue to fight against illegal race discrimination.”

As a condition of receiving millions of dollars in taxpayer funding every year, Harvard expressly agrees to comply with Title VI of the Civil Rights Act of 1964, a cornerstone civil-rights law that prohibits discrimination on the basis of race, color, or national origin in programs and activities that receive federal financial assistance. In 2017, the Department opened a Title VI investigation into Harvard’s admissions process after a complaint was filed by more than 60 Asian-American organizations. That investigation remains underway.

In this case, Students for Fair Admissions, an organization of students and parents, alleged that Harvard College intentionally discriminates against Asian-American applicants when making admissions decisions, in violation of Title VI. The district judge denied Harvard’s various attempts to dismiss the lawsuit, and the case proceeded to a three-week trial in the fall of 2018.

Although the Supreme Court has held that colleges receiving federal funds may consider applicants’ race in certain limited circumstances, the district court’s factual findings demonstrated that Harvard’s use of race is anything but limited. The district court concluded that “more than one third of the admitted Hispanics and more than half of the admitted African Americans, would most likely not be admitted in the absence of Harvard’s race-conscious admissions process.” And these race-based bonuses come at a significant cost to Asian-American applicants, who collectively suffer a substantial penalty under Harvard’s race-based admissions regime. Nevertheless, the district court concluded that Harvard’s use of race in the admissions process did not violate federal law or Supreme Court precedent.

The United States’ amicus brief explains that the evidence at trial showed “that Harvard actively engages in racial balancing that Supreme Court precedent flatly forbids.” The evidence also demonstrated that Harvard’s admissions officers consistently score Asian American applicants lower on the so-called “personal rating.” “In other words,” the brief explains, “Harvard’s admissions officers tended to evaluate Asian Americans, as compared to members of other racial groups, as having less integrity, being less confident, constituting less-qualified leaders, and so on.” “That disparity,” the brief points out, “is undisputed, and explained.” For these and other reasons, the United States urged the appellate court to reverse the district court’s judgment.