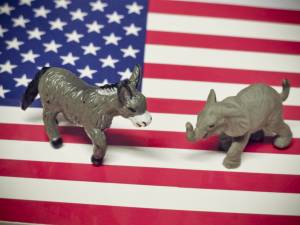 Assistant Attorney General Brian A. Benczkowski of the Justice Department’s Criminal Division, U.S. Attorney G. Zachary Terwilliger of the Eastern District of Virginia, and Assistant Director in Charge Timothy R. Slater of the FBI’s Washington Field Office made the announcement.

In addition, Mackenzie made false statements to the FEC to conceal the unlawful use of funds raised by Conservative Majority Fund and Tea Party Majority Fund to pay at least $172,200 in legal fees that Conservative StrikeForce and affiliated companies had incurred from defending a civil lawsuit brought by a former gubernatorial candidate for Virginia.

Finally, Mackenzie admitted that he participated in a scheme to use conduits (also known as straw donors) to contribute to candidates running for federal public office. Mackenzie used conduits to make these contributions in order to evade limits that federal law placed on individual campaign contributions, as well as prohibitions against corporate contributions.