Secretary of the Interior David Bernhardt recently released the U.S. Department of the Interior’s Economic Report for Fiscal Year 2018 and the findings were substantial. 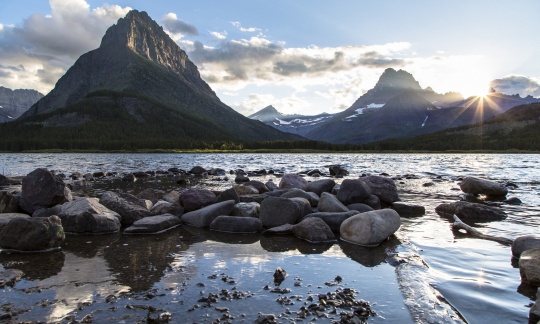 Secretary of the Interior David Bernhardt recently released the U.S. Department of the Interior’s Economic Report for Fiscal Year 2018 and the findings were substantial.

“As the stewards of our public lands and waters, we are committed to being a good neighbor and serving alongside local communities,” said Secretary Bernhardt. “The Department of the Interior is entrusted with managing a wide variety of activities on public lands that support nearly two million jobs and generate $315 billion in economic impact, benefitting local and state economies. Today’s report highlights the significant contribution our public lands make in our economy, which continues to grow under President Trump’s leadership.”

States with the largest contribution to Gross Domestic Product (GDP), economic output, and employment include:

The report is paired with a web-based data visualization tool that allows the user to customize the contribution analysis by bureau, activity or state. Here you can access the tool and download the full economic report, analysis and methodology applied .

The economic impact of Interior-managed public lands under President Trump is also expected to show increases in FY 2019 due to expanded recreational access, regulatory reforms, increased energy production, and more projects being approved for development.