“Call center fraudsters often pretend to be calling from trusted organizations and use pressure tactics to steal from Americans.  We must attack this problem with every tool we have.  With these new rules, we’ll close the loopholes that hamstring law enforcement when they try to pursue international scammers and scammers using text messaging.” 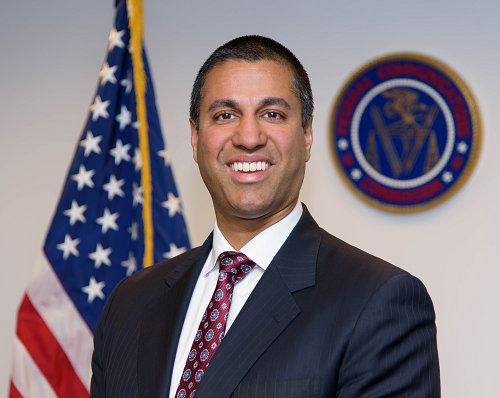 The Chairman’s proposal follows a bipartisan call from more than 40 state attorneys general for the FCC to adopt these new anti-spoofing rules and continue its “multi-pronged approach to battle the noxious intrusion of illegal robocalls, as well as malicious caller ID spoofing.”  The Commission will vote on these new rules at its August 1 meeting.

“Scammers often robocall us from overseas, and when they do, they typically spoof their numbers to try and trick consumers,” said Chairman Pai.  “Call center fraudsters often pretend to be calling from trusted organizations and use pressure tactics to steal from Americans.  We must attack this problem with every tool we have.  With these new rules, we’ll close the loopholes that hamstring law enforcement when they try to pursue international scammers and scammers using text messaging.”

The Truth in Caller ID Act prohibits anyone from transmitting misleading or inaccurate caller ID information (“spoofing”) with the intent to defraud, cause harm, or wrongly obtain anything of value.  However, until passage of the RAY BAUM’S Act last year, the Truth in Caller ID Act did not extend to text messages or international calls.  If adopted at the Commission’s August Open Meeting, the Chairman’s proposed new rules would implement this legislation and extend these prohibitions to text messages, calls originating from outside the United States to recipients within the United States, and additional types of voice calls, such as one-way interconnected VoIP calls.

The FCC received more than 35,000 complaints about caller ID spoofing in the first six months of 2019 alone.  The new rules would ensure that the agency is able to bring enforcement actions against bad actors who spoof text messages and those who seek out victims in this country from overseas.  As the state attorneys general told the Commission in May, “The proposed rule changes would broaden the authority of the Commission to hold these criminals accountable for the significant harm they inflict on U.S. consumers.  As State Attorneys General on the front lines fighting these scammers, we are acutely aware that many of these calls are coming from criminals, located overseas, utilizing caller ID spoofing, and we are also seeing more scams being perpetrated via text message, as contemplated in the RAY BAUM’S Act.”

Chairman Pai has made combating unlawful robocalls and malicious caller ID spoofing the FCC’s top consumer protection priority.  This proposal is the latest step in the FCC’s multi-pronged strategy to addressing this problem.  The agency has empowered service providers to offer robocall and robotext blocking services; taken aggressive enforcement actions against illegal callers; authorized the creation of a database to reduce calls to reassigned numbers; and called for industry to implement a caller ID authentication framework called SHAKEN/STIR

Deprecated: Function related_posts is deprecated since version 5.12.0! Use yarpp_related instead. in /var/app/current/src/wordpress/wp-includes/functions.php on line 5379
CBP Agriculture Specialists at Mail Facility Seize Suspected Hatching Eggs
DHS Says Border Apprehensions Down 11% for the Year, 28% in June
Posting....