DOD Justifies Arms Sales Benefits for both U.S. and Partners 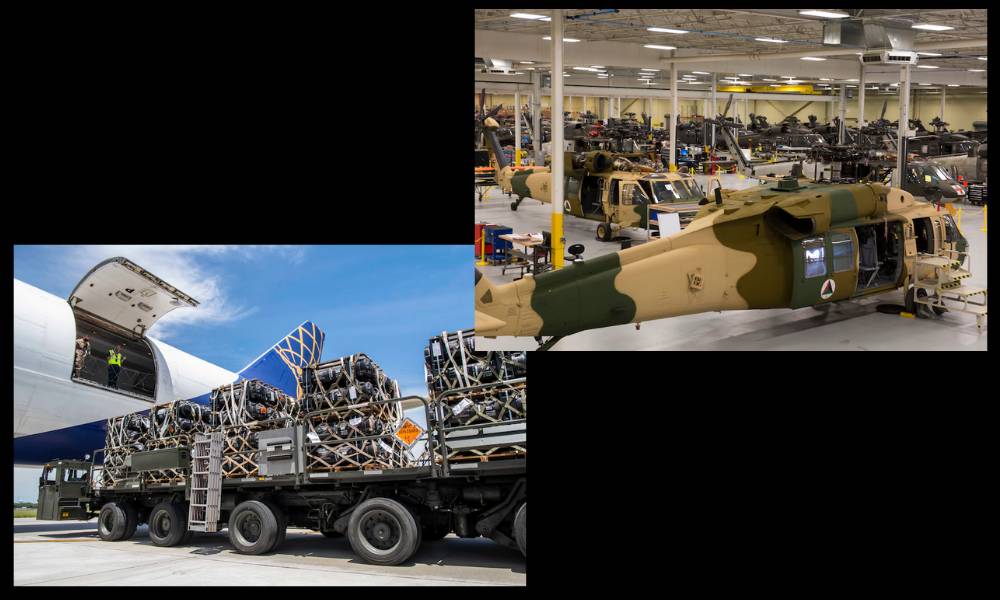 Officials announced last week that the fiscal year 2020 arms transfer figures and other Defense and State Department security assistance and cooperation accomplishments and statistics are available for the public.

Many assume that this is limited to just the provision of defense articles and services under the Foreign Military Sales, or FMS program, she said. However, the DSCA security cooperation mission encompasses much more, including humanitarian disaster relief, international military education and training and institutional capacity building programs that aim to assist partners and strengthen their policies and processes.

For example, DSCA trained some 31,000 foreign military students in department school houses and deployed 55 advisors to 13 allied and partner nations.

“I can’t say enough about how the training the United States provides our allies and partners can have a huge impact on a military or even a society,” she said.

Sales funded through the Title 10 Foreign Assistance Act, which are building partner capacity programs, such as global train and equip, totaled $2.69 billion, she said.

“The sales demonstrate the United States continues to be the global security partner of choice,” she said. “Not only do we already offer the most advanced defense equipment in the world, we’re also increasingly adapting to meet the technological needs of our allies and partner militaries in conjunction with the Department of State and Commerce by addressing export issues in support of our U.S. industry partners.

“We’re increasingly expanding our sales, moving beyond standard U.S. programs of record, and offering a rising number of non-program of record systems, which are opportunities to integrate ally and partner nation systems into the U.S. platforms,” she continued.

“By moving beyond standard U.S. programs of record, and U.S. inventory, including these systems that are newly developed but not yet deployed by U.S. forces, we’re enhancing our ability to respond quickly and consistently to our international partners,” Grant added.

These opportunities along with several recent reforms such as reduced administrative fees associated with FMS and offering competitive financing, lowered the cost of doing business with the United States, Grant mentioned.

Among the capabilities that DSCA has recently begun to offer to allies and partners is assisting in reducing the partners’ risk to civilian harm caused by military operations, she said.

“We’re consistently working with our allies and partners to facilitate the employment and military capabilities consistent with our values. We have been particularly focused on minimizing civilian harm resulting from their operations including expanding training, ensuring the provision of targeting capabilities to partners, and providing additional advisory support, with a specific emphasis on mitigation of civilian harm.”

R. Clarke Cooper, assistant secretary of state for political-military affairs, said the State Department plays in overseeing the U.S. in defense trade and is always in close coordination with the DOD.

Arms sales are a continuance of strong support for the U.S. defense industry and American workers, he said.

Up to 1 million of these workers depend on U.S. defense exports for their job security, he noted.

“These individuals and the companies they work for represent a part of American entrepreneurship and innovation. And, they also help maintain the United States as the world leader in the defense and aerospace sectors to ensure our armed forces sustain their military edge.”