A judge denied her request for an emergency injunction and the state Constitution calls for her to vacate her seat, but one Councilwoman who is running for mayor says she isn’t leaving. 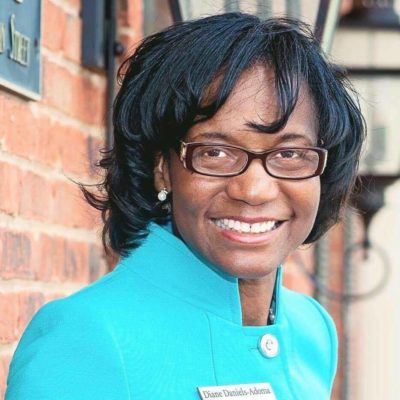 A councilwoman in one Georgia city is refusing to step down from her post despite a judge’s order ruling she must do otherwise.

Diane Adoma served as a City Councilwoman in the DeKalb County’s City of Stonecrest before she qualified to run for Mayor on August 23rd of this year, a move that triggered a clause in the Georgia Constitution – Article II, Section II, Paragraph V of the Georgia Constitution – which requires elected officials to resign from their posts while seeking another office if their term is not set to expire before the term for the new office would begin. The City of Stonecrest’s interpretation of the Georgia Constitution is that Adoma’s council term would not be up for consideration in the November 2019 election, therefore, she is required to step down from her seat.

But at the end of August, Adoma was present at the scheduled council meeting where she sat in the council post’s seat alongside the other council members and the mayor. She also attended the closed-door executive session.

Despite the outrage from the public and the claims that her continued service is a violation of the state Constitution, Adoma doesn’t think it is that open and shut. She has publicly stated that the process needs to play out in the courts. “We don’t really have an answer as to whether that was violated or not,” she told Fox5 Atlanta.

According to OCG News:

City Attorney Winston Denmark said the city filed a restraining order against Adoma after she used her key on Aug. 26 to enter a City Hall office, where she met with a Channel 46 news reporter. Most of the city’s directors were at lunch or away at meetings when she arrived. Adoma had been instructed to turn in her keys and other city property immediately after qualifying on Aug. 23, but she had refused.

In the meantime, the City says Adoma is costing taxpayers thousands of dollars – to the tune of $13,000 in legal fees.

The City also filed for a restraining order against Adoma after she represented her council district at the August meeting, which was granted. DeKalb County Superior Court Judge Mark Anthony Scott denied the request for an emergency injunction, made by Adoma, to continue serving while she campaigns for higher office.

Upon consideration of the Plaintiff’s Complaint for Emergency Injunction, the court finds that Article II, Section II, Paragraph V of the Georgia Constitution mandates that the office of any municipal elected official shall be declared vacant upon such elected official qualifying for another municipal elective office. In this case, Ms. Adoma’s position as 5thdistrict council member of the City of Stonecrest was vacated when she qualified to run for Mayor of the city of Stonecrest.

The court hereby DENIES the Plaintiff’s Complaint for Emergency Injunction.

Adoma has also been ordered to stay in public areas of city hall and is not permitted to have access to official council-related information unless she files a request for public records as a member of the public.

Sylvania to Receive $78k in Grants, Loans for Police Department
LETTER: AWS Was Given “Assurances” on Proposed Landfill
Posting....