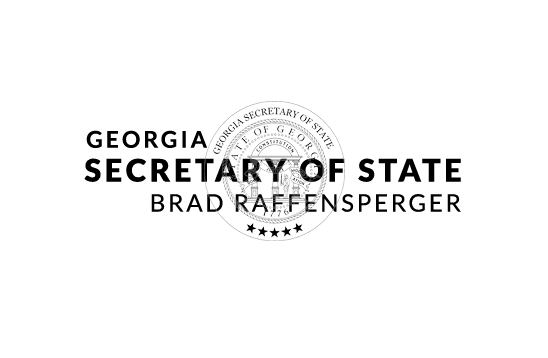 (ATLANTA) – The State Election Board sent the month’s third batch of alleged election violations to prosecutors Wednesday after getting answers to the most common conspiracy theories from the makers of Georgia’s new voting system.

“The allegations of widespread election fraud in November were completely baseless, and it was good to hear the explanation directly from the top officials of the voting system,” said Secretary of State Brad Raffensperger, who is also chairman of the State Election Board. “Georgians should be assured their votes were counted accurately by the new system. The cases of alleged election violations that the board referred to prosecutors Wednesday also provide assurance that if there is wrongdoing, we will catch it.”

As part of a broad upgrade in election security, Georgia rolled out new voting machines last year supplied by Dominion Voting Systems of Colorado, the winner of the public bidding process. Even though the paper-ballot system increased voters’ protections, provided added documentation and shrank voting-place lines, there were still some baseless rumors after the election about the machines. To address those, Raffensperger invited Dominion executives to answer questions and refute the rumors.

“Dominion is proud to be the State of Georgia’s partner in the successful rollout of the new statewide voting system for the 2020 cycle,” said CEO John Poulos. “We are grateful to the Georgia Secretary of State’s office and county election officials, who not only helped to maintain the resiliency of the election process during the COVID-19 pandemic, but also persevered in the wake of a widespread disinformation campaign aimed at sowing doubt and confusion in the outcome of the presidential election. The historic statewide hand count of every paper ballot produced by Georgia voters validated the security and accuracy of Dominion systems and added to a substantial body of evidence confirming the falsity of the lies being told about our company. We appreciate the opportunity to highlight the new system rollout in 2020 and share the facts about Dominion, and we look forward to continuing to serve the Peach State.”

The board considered 75 cases during its third meeting of the month, sending dozens of them to the attorney general or local district attorneys for prosecution. In acting on more than 300 cases in February, the board demonstrated its intolerance for violations that impact the integrity of elections.

Among the noteworthy cases are those for campaigning within 150 feet of a polling place, offering pizza and drinks to voters in line, late poll openings and advertising payment for voting – including two sign trucks with a promise of $1,200 for voting Democratic.

The cases of alleged election law violations referred for prosecution at Wednesday’s meeting include:

·  Matthew W. of Brookhaven for allegedly making gifts to voters during a 2018 election

·  Kelly R. A. of McDonough for allegedly campaigning within 150 feet of a polling place and offering gifts to voters during the 2020 general election

·  Spalding County Board of Elections and Registration, Terry C. and Marcia R. for allegedly placing 446 voters in the wrong districts, issuing the wrong ballots to three voters in the 2017 general election and four more voters in the 2018 primary and for allowing two people to vote a second time without checking first.

·  Joyce S. of Atlanta for allegedly campaigning in a polling place during the 2017 general election

·  Dabouze A. of Forest Park for campaigning within 150 feet of a polling place in the 2017 general election

·  Lois W. of Forest Park for allegedly failing to redact the dates of birth of 587 voters when publicly releasing absentee ballot applications in the 2017 general election

·  Mark M. of Sparta for allegedly voting in the 2017 general election while under sentence as a felon and after his voter registration was canceled

·  Maxine E. of Sparta for assisting 13 voters in the 2017 general election when the limit in non-federal elections is 10 voters

·  Joan M. of Roswell for allegedly voting twice in the 2017 runoff

·  John M. of Blythe for allegedly compensating a voter in the 2018 special municipal election

·  Al S. for allegedly filing a notice of candidacy in the 2018 Peach County general election stating he was a Peach County resident for 13 consecutive years but having voted in 2016 in Houston County

·  Stewart County Board of Elections and Registration for allegedly sending the wrong ballot to a voter, opening a polling place late, failing to offer a provisional ballot during the late opening, improper setup of voting machines and failing to post required voter instructions during the 2018 primary

·  Floyd County Board of Elections and Registrations for allegedly improperly assigning school board districts to 17,682 voters and failing to proofread the ballot in the 2018 general election

·  Sabrina M. of Stone Mountain for allegedly filing a false notice of candidacy in the 2018 race for Senate District 41

·  Miguel V. of Valdosta for allegedly cast two ballots in the 2018 primary

·  Darlene P. and Nancy C., both of Acworth, for allegedly conspiring to cover up the issuance of an incorrect ballot by allowing the voter to vote again in the 2018 primary

·  Judy S. of Acworth for allegedly voting twice in the 2018 primary

·  Henry County Board of Elections and Registration for allegedly failing to issue a voter the appropriate ballot, knowingly allowing person to vote twice

·  LaDawn J. of Atlanta for allegedly offering a $50 reduction in citation fees in the office of solicitor for the City of South Fulton for anyone registering to vote in 2018

·  City of Woodland for allegedly failing to lock ballot boxes, open a polling place on time and allowing a person to vote without completing a voter certificate in the 2018 municipal election

·  Tequita W. and Alanna J., both of Atlanta, for allegedly using cell phones in a polling place during the 2018 general election

·  John R. of Hawkinsville for allegedly campaigning at a polling place and illegally assisting voters that were not eligible to receive assistance

·  John H. and James M., both of Atlanta, for allegedly telling people how they should vote during the 2018 general election

·  Gwinnett County Board of Elections and Registration for two instances of allegedly misidentifying voters with similar names, one instance of allegedly taking 20 days to mail a voter the absentee ballot requested and failing to count seven provisional ballots that were determined to be qualified in the 2018 primary

·  Cobb County Board of Elections and Registration for 20 counts of alleged not opening polling places on time, four polling places that did not offer voters the opportunity to vote on paper while voting machines were experiencing technical issues, two instances of failing to properly supply polling places and one instance of ensuring poll workers were adequately trained for the 2020 primary

·  Fulton County Board of Registration and Elections for allegedly, failing to offer a provisional ballot to a person providing identification and asserting they were a registered voter in the 2017 runoff, failing to process four absentee-ballot requests for the 2020 primary, improperly assigning voters to election districts in the 2018 general election and the 2020 primary, failing to offer a provisional ballot in Atlanta’s March 2019 special election

·  Gale H., Joel J., James G., and Diana G., all of Hartwell, and Margaret A. of Bowersville for allegedly voting twice in the 2020 primary runoff

·  Priscilla S. of Kennesaw for allegedly filing a false declaration of candidacy and claiming to be a Cobb County resident for the previous four years and for allegedly voting in Cobb County while claiming homestead exemption tax in DeKalb County

·  Sherry C. of Trion for allegedly forging her deceased husband’s absentee ballot in the 2020 general election

·  Jonathan J. of Placerville of Colorado, owner of RelationPAC, for alleged vote buying during early voting for the January 2021 runoff when he paid for two trucks to circulate in Atlanta with billboards reading “Vote Democrat, Get $1200.”

Here is the video of the portion of the meeting where Dominion Voting Services CEO John Poulos answered questions of the State Election Board: https://vimeo.com/516774626