Murmurs of Bias and Delayed Justice in Washington County

Napoleon’s story is one that chronicles more than six years of political power players using the system to their advantage, all of which lead to the current point of contention of a dozen claims missteps during trial, including assertions of inadequate legal counsel and a failure by the trial court judge to issue a directed verdict in line with appellate court precedent. But almost two years after the conclusion of the trial, the same judge who made personal remarks about Napoleon during his sentencing hearing has, along with the state,  delayed the appeals process as a whole and failed to meet deadlines set by the court in a timely manner. 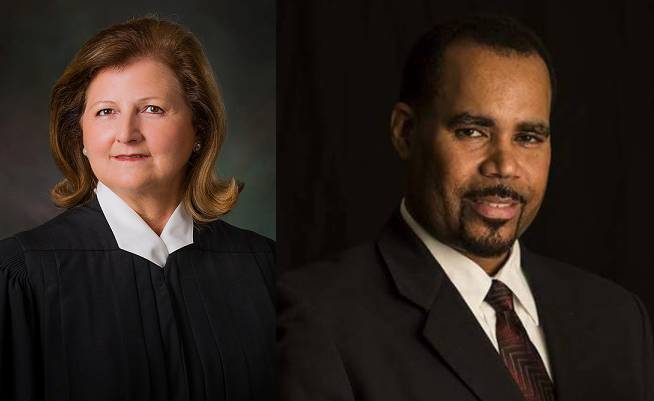 Napoleon’s story is one that chronicles more than six years of political power players using the system to their advantage, all of which lead to the current point of contention of a dozen claims missteps during trial, including assertions of inadequate legal counsel and a failure by the trial court judge to issue a directed verdict in line with appellate court precedent. But almost two years after the conclusion of the trial, the same judge who made personal remarks about Napoleon during his sentencing hearing has, along with the state,  delayed the appeals process as a whole and failed to meet deadlines set by the court in a timely manner.

Former Tennille public official Napoleon Jenkins was found ‘not guilty’ of theft by conversion by a jury of his peers in a December 2017 trial, but guilty on one count of violation of oath by a public officer – a felony charge that carries a sentence of 1-5 years in prison. In January 2018, Napoleon was sentenced to the maximum term, with three years to be served in prison and another two years on probation. The Georgia Board of Pardons and Paroles, however, granted Napoleon parole in late 2018 and he remains on probation through 2023.

The felony charge of violation of oath was alleged on the basis that Napoleon stole public funds while he was Mayor of the City of Tennille. In fact, the 2017 indictment read that Napoleon “unlawfully, willingly, and intentionally violate(d) the terms of his oath as prescribed by law, in that he did swear to uphold the law of Georgia and then did take and convert to his own use monies that he was not entitled to, in violation of Georgia law…” (emphasis added) and the assistant district attorney repeatedly referred to the violation of oath being the act of theft during.

When the violation of oath statute was enacted, it was done so more as a sentence enhancer, in that, if a person who was in a position of public trust violated the law in their official capacity, there were increased penalties because of it. The violation of oath was not to be a standalone charge because oaths administered vary by office and jurisdiction and are created by internal departmental policies. The statute also applies to elected officials, appointed officials, and law enforcement officers, all of which interpret oaths differently. In 1993, Georgia Court of Appeals Judge Fletcher wrote in Poole v. State that the “violation of oath of office statute encourages arbitrary and discriminatory enforcement.”

Though the jury exonerated him of the criminal charge that would have automatically made him guilty of violating his oath, Chief Superior Court Judge Kathy Palmer of the Middle Judicial Circuit declined to issue a directed verdict or offer a probated sentence in accordance with prior rulings by the Georgia Court of Appeals – hence the inadequate legal counsel claim.

This all too common practice by the trial courts again reared its head in Kingsland, Ga during the Zechariah Presley trial, in which a former police officer was sentenced to one year in prison after a jury found him ‘not guilty’ of the underlying criminal charges. His attorneys are already working to get the case before the Georgia Court of Appeals, which has the ability to throw the violation of oath conviction out instead of granting a new trial.

And the Georgia Court of Appeals has done this on a number of occasions, including the 1997 Jowers v. State case which overturned the ruling of a trial court where a police officer was found not guilty of a criminal act, but guilty of a violation of oath of office. The court held that “only the violation of those “terms” of an oath which are expressly prescribed by statute will give rise to the violation of oath by a public officer.” Similarly, a 2013 case, Watson v. State, held that “because the counts of indictment charging Watson with violating his oath of office were expressly premised on a finding that he had violated the solicitation of sodomy statute, we likewise must reverse the convictions on those counts.”

But Napoleon can’t get his case before the Court of Appeals unless and until the trial court – Judge Palmer – denies his request for a new trial. Unlike the Presley case, which had a scheduled hearing on the motion for a new trial 30 days after the sentencing and a ruling the same day, Napoleon’s case has dragged out since February 2018 when his first attorney filed paperwork with the court seeking a hearing. Napoleon retained new legal counsel mid-year in 2018 and a hearing on the request for a new trial was finally scheduled for May 2, 2019.

During the hearing before Judge Palmer, the defense made its case, but Assistant District Attorney Kelly Jenkins Weathers said she needed additional time to rebut the defense’s claims. The case was continued until May 30, 2019, on the morning of which the ADA reported she did not have a voice and could not present her case. The hearing was not given another court date until the first week in October of 2019, and was scheduled for a few days later on October 4th. A 20 minute hearing concluded with Palmer instructing the state to issue a written brief 20 days (or one calendar month when accounting for weekends) after receiving the transcript. Palmer instructed Napoleon’s attorney’s to issue a brief in rebuttal of the state’s 20 days after the state submitted its brief and Palmer would then issue a decision and order. Essentially, Palmer requested the attorneys put in writing everything they said before her at two different hearings over a five month period, in addition to the paperwork already filed with the court following the first trial, which Palmer presided over.

However, as of December 6, 2019, a transcript from the brief hearing by the court reporter had not even been filed, further delaying any deliberation by the judge and an ultimate ruling.

It is unusual for courts to take so long to rule on requests for new trials, even in much busier judicial circuits, and Judge Palmer’s statements contradictory to the conclusions of the jury even then foreshadowed a desire for the highest of hurdles for Napoleon.

During sentencing, after the jury found Napoleon not guilty of theft, Judge Palmer told Napoleon (according to a court transcript):

You can’t take the people’s money. You can’t cost the people their faith in you and go unpunished.  But I think what really put the nail in your coffin, when you sat right there under oath you told those 14 people over there (pointing at the jury box) 12 of who decided your fate, Tennille was a bump in the road. That’s what you told them, it was a bump in the road. It was nothing compared to that pin, that naval academy pin that you bought with their money and that you got handshakes of presidents. I am astounded a your arrogance, astounded.

You didn’t go to Afghanistan and get shot at like my son did. You didn’t crawl on your belly on the ground like my son did as Russia invaded Crimea and keep an eye on what was going on. You didn’t go with 80 helicopters and get fired at on operations in Afghanistan. I’m not impressed. Maximum, five years. You’ll serve five years in the penitentiary. After serving three, you may serve the balance of two on probation.”

Palmer has been quoted on more than one occasion touting her sentencing statistics, which have not come without controversy. In 2012, in Braddy v. State, Palmer’s case was overturned by the Georgia Court of Appeals because the court found that Palmer had acted erroneously by failing to recuse herself after having ex parte conversations about the case and voicing an “opinion on what sentence she thought was appropriate for him before he ever appeared in front of her in court.” At that time, the Court also wrote that Palmer had demonstrated “a purported lack of impartiality.”

Similarly in 2016, in Walker v. Palmer, a sentenced offender alleged that Judge Palmer, the ADA, and the public defender pressured him to enter a guilty plea despite his being on mental health medication and that Palmer amended the sentence after the plea was submitted to extend his sentence beyond his maximum release date. The case was ultimately dismissed as the U.s. District Court found that Walker failed to state a claim – a defense used to assert that even if all the factual allegations in the complaint are true, they are insufficient to establish a cause of action.

Palmer, who took the bench in 2001, has announced she will not seek re-election in 2020 and her term will expire on December 31st of next year.

This story is part of a longer expose on public service, trial, and conviction of Napoleon Jenkins which will be featured in a book, – Unfinished Justice: The City of Tennille – set for publishing in the spring of 2020.