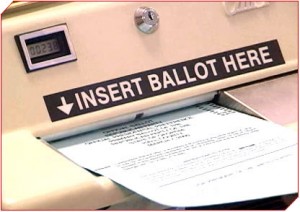 The Kemp campaign released a statement Saturday in response to the claims by the Abrams campaign and the Democratic Party of Georgia that the election is undecided.

The Abrams campaign has been working on a ‘ballot chase’ initiative in which voters who cast provisional ballots on Election Day are tracked down to finish the process for casting their ballot. The Democratic Party of Georgia was also victorious Friday in getting a temporary restraining order against Dougherty County in Southwest Georgia to prevent election certification until more absentee ballots are counted.

Kemp campaign Communications Director Ryan Mahoney said Saturday that Kemp still “maintains a strong lead over Stacey Abrams. Even though it is mathematically impossible for Abrams to force a runoff or win, her campaign refuses to concede.”

From an official press release:

“Stacey Abrams’ antics are a disgrace to democracy and completely ignore the will of the people. This is not how America works. Brian Kemp earned a clear victory on Tuesday night and holds a sizable lead as remaining provisional and military ballots are counted.

“Clearly, Stacey Abrams isn’t ready for her 15 minutes of fame to end so she’s manufacturing numbers to trick reporters and confuse hardworking Georgians. It is mathematically impossible for Stacey Abrams to win, force a run-off, or trigger a recount. Georgia voters have spoken. It’s time for Abrams to listen and concede immediately.”

The campaign also released the following numbers, citing public record with the Secretary of State’s office, as reported to by the counties:

Original Provisional Ballots in those 118 Counties: 4,472

In the counties that have reported official provisional numbers on the Secretary of State’s website thus far, Abrams only has a net ninety-vote margin on Brian Kemp.

Maximum Number of eligible provisional ballots outstanding in those 41 counties — 14,204

*Military ballots must have been received by 5PM on Friday, November 9.  They are included in certified count from their respective county.

If all 17,495 possible votes were verified and accepted, and were cast for Stacey Abrams these would be the final results:

By these numbers, even if Abrams received every possible outstanding ballot there would be no runoff and no recount.

Across the state, counties like Richmond and Fulton are reporting a toss out of upwards of 40% of the provisional ballots cast for reasons like casting a vote in the wrong county and not being registered to vote.

Abrams Campaign Says They ‘Discovered Ballots Not Reported by Kemp’