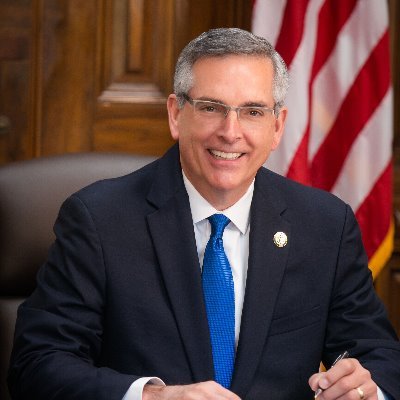 “The Department of Justice’s politicized and baseless lawsuit should never have been filed and should be dismissed immediately,” said Raffensperger. “The Justice Department has weaponized lies and disinformation about Georgia’s election law in an effort to compensate for a failed federal elections takeover pushed by Stacey Abrams and her allies. It should be a concern for all Americans that the federal government is using the court system to attack common sense election integrity reforms like photo ID for absentee ballots.”

The Department of Justice filed its lawsuit against Georgia’s election law only 3 days after the failure of H.R. 1 in Congress. Raffensperger has committed to “meeting them, and beating them, in court.”

The new filing is the first step in that effort. The Secretary argues that the lawsuit was politicized from the beginning and highlights how the lawsuit follows a years-long effort by liberals to undermine the integrity of Georgia’s elections for partisan gain.

In March 2020, SB202 was passed to expand the ways Georgians are able to vote, while simultaneously strengthening the security of the vote and making it harder to cheat. The motion to dismiss points out that Georgia law allows significantly more access to the polls than certain “blue” states that DOJ chooses not to sue or criticize. A recent Supreme Court ruling, Brnovich v the DNC, upheld similar provisions that DOJ challenges in Georgia and found that “[m]ere inconvenience” is not enough to “demonstrate a violation” of the Voting Rights Act.. Further, the Secretary’s filing points out that Georgia’s election system is equally open to all voters.

Liberal misinformation about Georgia’s new election law already cost Georgia businesses and workers $100 million after Stacey Abrams told Major League Baseball that “boycotts work.” The fact that DOJ is continuing to spread that misinformation and is forcing Georgia taxpayers to expend resources to defend a frivolous, partisan lawsuit is appalling. At the same time, the DOJ ignores other states with less access to voting than Georgia because they reliably vote the way that DOJ leadership wants them to.