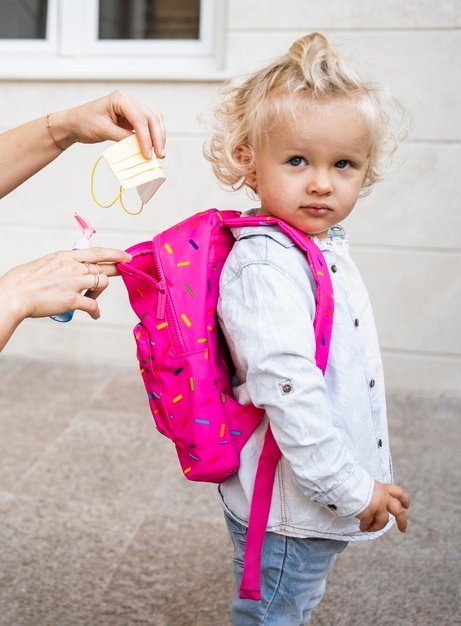 Governor Brian P. Kemp and Attorney General Chris Carr announced this week that the State of Georgia has filed a lawsuit to challenge the Biden administration’s Head Start vaccine and masking mandate.

As enacted by the U.S. Department of Health and Human Services on Nov. 30, 2021, this mandate applies to all programs funded by Head Start, including some programs administered by Georgia’s Department of Early Care and Learning (DECAL). Specifically, it requires all Head Start staff and certain contractors and volunteers be fully vaccinated by Jan. 31, 2022, and that masks be worn by all Head Start children two-years of age and older, effective immediately.

“This is just the latest and most egregious in a growing list of overreaches by this President,” said Governor Kemp. “It is all the more troubling and inexcusable, given this mandate directly impacts and impairs our children. As with our prior lawsuits against the administration’s unwarranted and inappropriate decisions, we will not rest in this fight to protect the rights and choices of Georgia’s families, especially when it comes to our youngest citizens. We will not allow these policies to invade our classrooms, teaching the wrong lessons about the role of government to growing minds.”

“After taking unprecedented action to impose three reckless mandates on our nation’s workforce, the Biden administration has doubled down on its efforts and is now targeting our state’s youngest learners,” said Attorney General Carr. “The federal government is attempting to force Georgia families to choose between two equally problematic outcomes – either give up their right to make their own healthcare decisions or risk their child’s education. This unlawful power grab is merely the latest example of a disturbing pattern emerging in this administration, and we will continue to fight back to protect our state and our citizens.”

Georgia, along with 23 other states, is asking the court to enjoin the U.S. Department of Health and Human Services and the Administration for Children and Families from enforcing the mandate on Head Start programs, including those administered by Georgia’s DECAL.

The lawsuit asserts the vaccine and masking mandate:

• Exceeds the statutory authority of the U.S. Department of Health and Human Services;
• Is contrary to law;
• Illegally bypassed notice and comment;
• Is arbitrary and capricious;
• Constitutes an exercise of legislative power in violation of the Nondelegation Doctrine; and
• Violates the Congressional Review Act, the Tenth Amendment, the Anti-Commandeering doctrine, the Spending Clause, and the Treasury and General Government Appropriations Act of 1999.

Georgia has joined the states of Louisiana, Alabama, Alaska, Arizona, Arkansas, Florida, Indiana, Iowa, Kansas, Kentucky, Mississippi, Missouri, Montana, Nebraska, North Dakota, Ohio, Oklahoma, South Carolina, South Dakota, Tennessee, Utah, West Virginia and Wyoming in filing the lawsuit with the U.S. District Court for the Western District of Louisiana (Monroe Division). A copy of the lawsuit can be made available upon request to the Office of the Attorney General.

With today’s announcement, Governor Kemp and Attorney General Carr have now filed four lawsuits to challenge the Biden administration’s vaccine mandates. Additional information on the three prior suits can be found here.