Another partnership approved in hopes of expanding the poll worker base in Georgia, which has historically been over the age of 65 and impacted greatly by COVID-19. 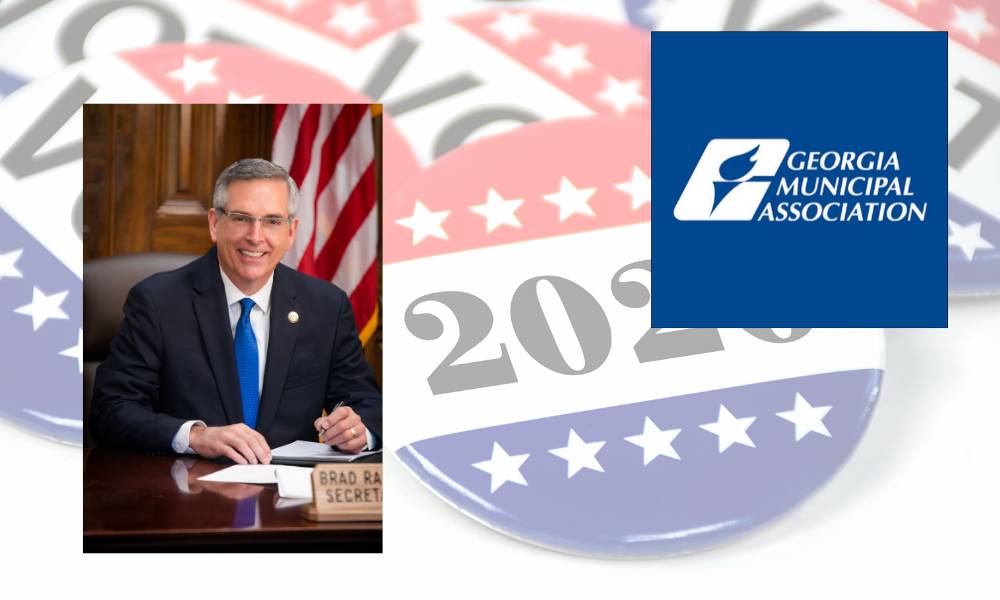 Secretary of State Brad Raffensperger is partnering with the Georgia Municipal Association to recruit poll workers for elections in November. The Secretary is spearheading this partnership with the Georgia Municipal Association to ensure county elections officials have the staff they need on and in the weeks before election day.

“The Georgia Municipal Association will help us connect with a wide variety of Georgians around the state through their statewide network of cities and municipalities to help staff the polls on election day,” said Secretary of State Brad Raffensperger. “When COVID-19 swept through Georgia, Georgia’s vulnerable elderly poll workers stayed home to stay safe from the pandemic. Through these public-private partnerships, like the one with the Georgia Municipal Association, we will fill the gaps with younger poll workers and help provide a smooth and efficient experience for Georgia’s voters in November.”

“GMA looks forward to joining Secretary Raffensperger to spread the word and recruit poll workers,” said GMA Executive Director Larry Hanson. “We encourage all elected officials and city leaders to exercise their right and civic duty to vote and to join in this recruitment effort to ensure adequate poll workers are available to support our state’s elections.”

Georgia poll workers were on average above 65 years old. When the COVID-19 pandemic swept through the United States, this particularly vulnerable population understandably opted to stay home and avoid the risk of exposure to the virus. As a result, polling locations across the state were short-staffed on election day and limited in their ability to train new poll workers due to the constraints of the pandemic.

To fill this gap, Secretary Raffensperger is partnering with numerous organizations in the state to help recruit younger, less-at-risk populations to staff the polls on election day. By working with a wide array of private and nonprofit organizations, Raffensperger is hoping to reach new areas of Georgia to pull people off of the sidelines.

On June 9, Georgia saw record turnout for a statewide general primary election. Notwithstanding a state record for absentee ballots cast by mail, Georgia saw over 800,000 people vote on election day itself. More than 300,000 voted early, in person, during Georgia’s three weeks of early voting.

In-person voting remains as important as ever. Looking forward to November, turnout is expected to be as much as three times as high. This means, county officials need a stable of young poll workers to step up and help their communities on election day.