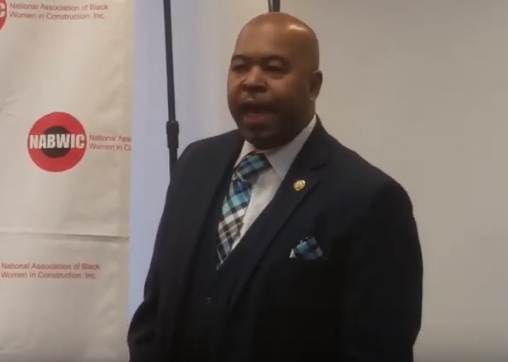 Larry Scott has pleaded guilty to wire fraud for failing to disclose to the City of Atlanta that while he served as its Director of Contract Compliance, he also served as the business manager for a consulting firm seeking contracts in the Atlanta-metropolitan area.  Scott also failed to report on his taxes the majority of the income earned from the consulting firm.

“Larry Scott betrayed the citizens of Atlanta by failing to disclose that when he served in an executive level position with the City of Atlanta, he was simultaneously working for a consulting firm for businesses who sought contracts in metro-Atlanta,” said U.S. Attorney Byung J. “BJay” Pak.  “Scott’s divided loyalty undermined the integrity of the office he served at the City of Atlanta.”

“Deceitful and self-indulgent people have no place in public office at any level of government,” said Chris Hacker, Special Agent in Charge of FBI Atlanta. “Today’s plea doesn’t mean our work is done, the FBI and our partners remain committed to ending public corruption in Atlanta and the Georgia community.”

“Public officials, whether elected or appointed, should expect to be held to a higher standard of trust in the eyes of the public.  That trust is broken when these officials engage in malfeasance or commit crimes.   Failure to disclose income and file a correct income tax return is a crime!  No public official gets a free pass to ignore the tax laws, and IRS-CI works to ensure that everyone pays their fair share,” said Thomas J. Holloman, III, Atlanta Field Office Special Agent in Charge IRS-Criminal Investigations.

According to U.S. Attorney Pak, the charges and other information presented in court: the City of Atlanta – Mayor’s Office of Contract Compliance “serves as a liaison, linking Small, Minority, Female and Disadvantaged Businesses with City of Atlanta related business opportunities and encourages equal opportunity for all businesses and individuals in the Atlanta workplace,” and has a stated mission “to mitigate the effects of past and present discrimination against women and minority businesses … [and] to promote full and equal business opportunity for all persons doing business with the City of Atlanta.”

On February 23, 2011, Scott incorporated Cornerstone U.S. Management Group, LLC (“Cornerstone”) with the Georgia Secretary of State as a for-profit corporation.

According to the City of Atlanta’s Code of Ethics, certain City of Atlanta officials and employees must disclose all “positions of employment held by the official or employee in any business . . . for all or any portion of the year, including a description of the type of business and the existence and nature of any business done by the employer entity with the city.” The City of Atlanta’s Code of Ethics further requires that these officials and employees disclose “[e]ach and every source of income from any business received by such official or employee in excess of $5,000 derived from any single source in the preceding calendar year.”

Based on his conduct, Larry Scott, 54, of Atlanta, Georgia, was charged with, and pleaded guilty to, one count each of wire and tax fraud.

Information from the US Department of Justice.