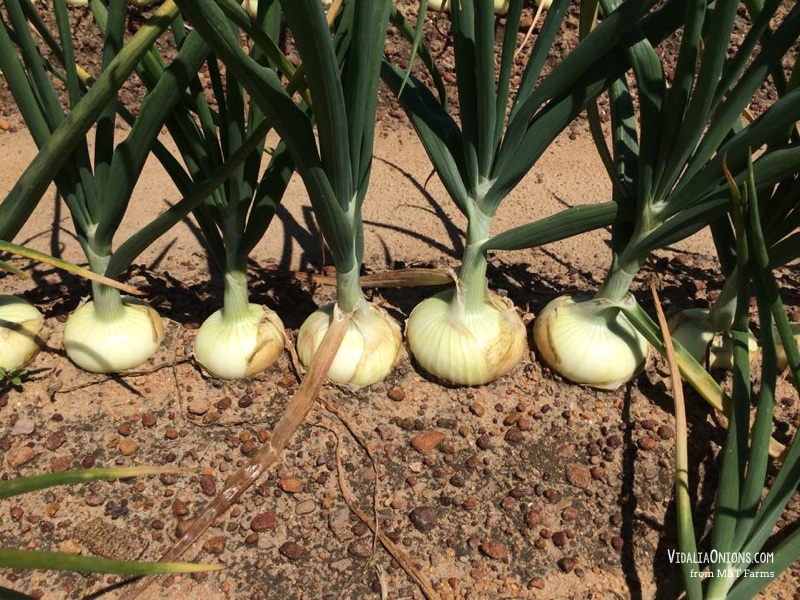 The Georgia Department of Agriculture has set the date for the Vidalia onion pack date in the 2018 season.

Agriculture Commissioner Gary Black has the authority to tell farmers on which date they can package their Vidalia onions for shipping – the state owns the rights to the Vidalia® onion brand.

Black has set the date for 8:00 A.M. on Friday, April 20, 2018. The Vidalia Onion Advisory Panel, state agricultural scientists and the Department of Agriculture determine the pack date based on soil and weather conditions in South Georgia during the growing season.

Vidalia onions will be available in stores and farmers market after the pack date.

The beloved onions are grown in just 20 counties in southeast Georgia and only 80 growers are registered with the state for to grow and label the onions Vidalia® onions.

“With great consideration after consultation with the Vidalia Advisory Panel, experts from the University of Georgia and crop assessments from the Georgia Federal State Inspection Service, I am pleased to announce April 20 as this year’s pack date for the official state vegetable of Georgia, the Vidalia onion,” Georgia Agriculture Commissioner Gary Black said in a press release. “We celebrated the 25th anniversary of the Vidalia onion trademark last year, and are looking forward to another bountiful crop as we kick off the next quarter century of delivering the highest quality Vidalia onions to consumers across the country.”

The Vidalia trademark is owned by the state of Georgia as a result of the Vidalia Onion Act of 1986. To be called a Vidalia onion, the vegetables must be cultivated in the South Georgia soil from a special Granex seed and packed and sold after the official pack date each year, resulting in only the highest-quality onions reaching Vidalia fans each season.

In 2017, Georgia grew over 11,000 acres of Vidalia onions with a value of more than $120 million*, according to Troy Bland, chairman of the Vidalia Onion Committee. Bland said the committee will build on its successful marketing campaign launched last year through a wide range of outreach efforts to consumers and retailers alike.

Vidalia onions represent about 40 percent of the sweet onion market in the country and are sold in every state.