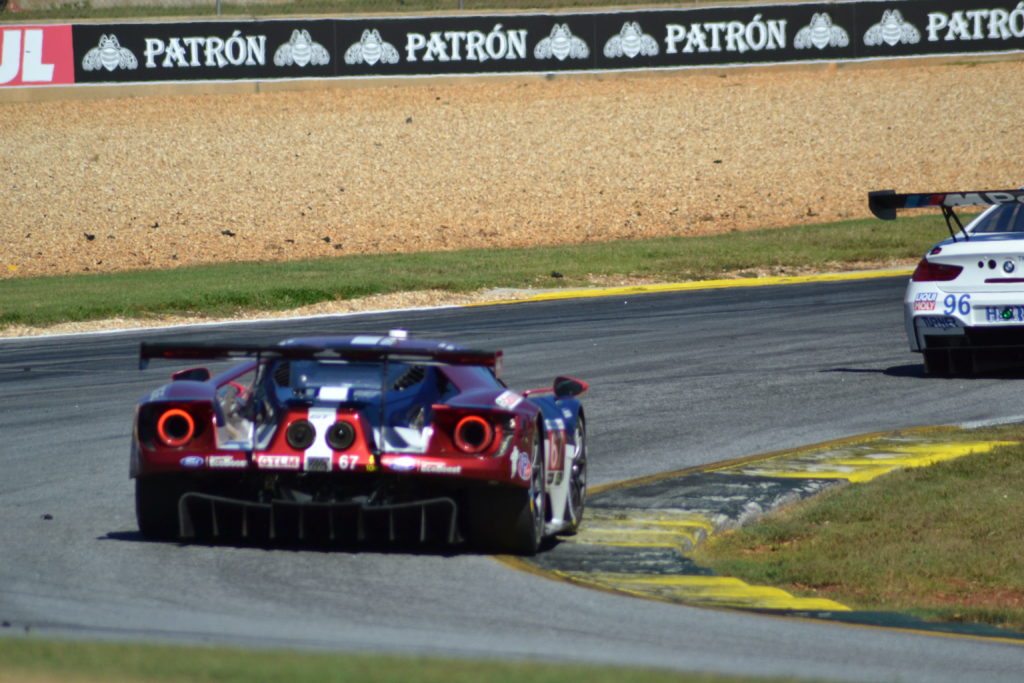 Ford only needs for one of it’s Chip Ganassi Racing prepared Ford GTs to start the Motul Petit Le Mans in order for Ford to clinch the season long manufacturer’s champion for the GT Le Mans class. This will mark Ford’s first manufacturer’s title in the tightly contested GT Le Mans class since it’s introduction to the class in 2016.

While the Pratt Millner entered #3 Chevrolet Corvette C7.R  of Antonio Garcia and Jan Magnussen enjoy a 9 point lead over the #67 Ford GT of Richard Westbrook and Ryan Briscoe, the Ford Duo can still win the team and drivers title. The #67 team would need to win the race while the #3 Corvette would need to finish 5th or worse. A 2nd place finish by the #67 would need the #3 to finish 8th or 9th in the 9 car GTLM class.

Reigning IndyCar Champion and Chip Ganassi Racing driver  Scott Dixon will also join the #67 team to aid their hopes of winning the title and will drive for the team during Saturday’s grueling 10 hour endurance test.

Dixon is no stranger to Road Atlanta, or the Ford GT, as he has served as the team’s third driver in the longer endurance races such as the 24 Hours of Daytona, 12 Hours of Sebring, and the 24 Hours of Le Mans since the start of the Ford GT Program.

The 21st Annual Motul Pettit Le Mans will take the green flag at 10:30am Saturday morning on Fox Sports 1 before moving to Fox Sports 2 at 12pm until the race ends at 9:30pm EST.

Column: The fun likely just beginning with the Braves
New Name and Facilities for Road Atlanta In 2019
Posting....