The indictment alleges that Horton shipped thousands of freshwater turtles from Georgia to California that had been trapped using turtle nets that were illegal under Georgia law. 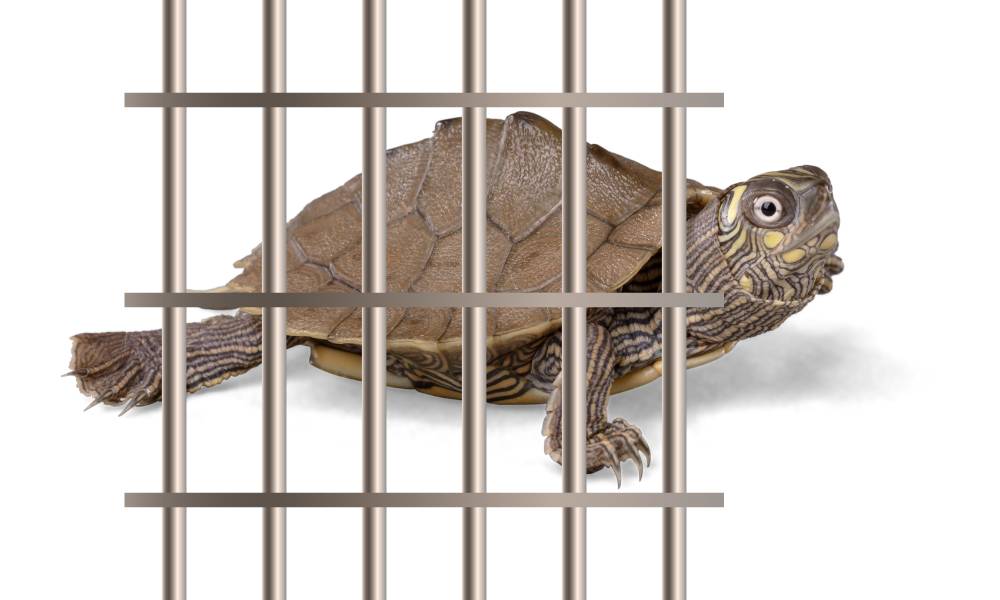 Nathan Horton has been indicted by a federal grand jury for allegedly illegally trapping and exporting thousands of freshwater turtles in Georgia in violation of the Lacey Act, which regulates the trafficking and labeling of wildlife, fish, and plants.

“Illegal wildlife trafficking both decimates species and undermines the rule of law,” said U.S. Attorney Byung J. “BJay” Pak. “We are committed to working with our law enforcement partners to prosecute those who violate our nation’s wildlife protection statutes for the sake of illegal profit.”

“The U.S. Fish and Wildlife Service, Office of Law Enforcement, considers the illegal trapping and commercialization of Georgia’s protected turtle species a high priority, and we will continue to work closely with our State partners to protect the irreplaceable natural resources,”  said Assistant Director Ed Grace.

“Wildlife crime has no place in Georgia! It is no longer lawful to trap freshwater turtles on a commercial basis in Georgia or export them out of the state, period. Georgia is filled with pristine natural resources and diverse ecosystems that are protected daily by Georgia DNR. I want to say thank you to our Georgia Game Wardens and federal partners for their hard work on this case and for strictly upholding our state’s conservation laws,” said Commissioner Mark Williams, Georgia Department of Natural Resources.

According to U.S. Attorney Pak, the charges, and other information presented in court: the Lacey Act, 16 U.S.C. §§ 3371-3378, regulates the trafficking and labeling of wildlife, fish, and plants and makes it unlawful for individuals to, among other things, knowingly export and sell wildlife that has been illegally taken in violation of state law.

In Georgia, the Department of Natural Resources (“GA-DNR”) regulates the collecting, trapping, exporting, trading, and selling of freshwater turtles from land belonging to the State of Georgia. Like it does with other wildlife, such as deer and bears, GA-DNR regulates both the number of freshwater turtles that may be collected and the manner in which they may be trapped. In this respect, Georgia defines by statute that a lawful turtle trap “must be constructed of netting and shaped as hoop nets . . . [and] must also have one open muzzle or throat at least 32 inches wide with a ring ten inches in diameter made into the rear of the trap to permit fish to escape.”

The indictment and other information before the court alleges that beginning by at least July 2015 and continuing until at least July 2017, Horton shipped thousands of freshwater turtles from Georgia to California that had been trapped using turtle nets that were illegal under Georgia law. Although Horton held a Commercial Turtle Permit during this time and GA-DNR sends all commercial permit holders the applicable Georgia statutes and GA-DNR regulations on turtle traps, Horton repeatedly used illegal traps to capture freshwater turtles. Indeed, in October 2016 and August 2017, while holding a commercial permit, GA-DNR cited Horton for using illegal traps to capture freshwater turtles. Among the species of turtles Horton allegedly trapped illegally were: Stripe-necked musk turtle (Sternotherus minor peltifer), Loggerhead musk turtle (Sternotherus minor), Common musk turtle or stinkpot or eastern musk turtle (Sternotherus odoratus), and Eastern mud turtles (Kinosternon subrubrum).

Nathan Horton, 36, formerly of Bainbridge, Georgia, was indicted for violating the Lacey Act. He was arraigned on December 10, 2020 before U.S. Magistrate Judge Justin S. Anand. Members of the public are reminded that the indictment only contains charges.  The defendant is presumed innocent of the charges and it will be the government’s burden to prove the defendant’s guilt beyond a reasonable doubt at trial.

This case is being investigated by the U.S. Fish and Wildlife Service Office of Law Enforcement and Georgia Department of Natural Resources.