Larry Edward Foxworth has pleaded guilty in federal court to shooting into multiple Clayton County convenience stores to kill those inside based upon their race and ethnicity. 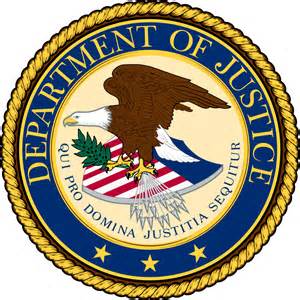 Larry Edward Foxworth has pleaded guilty in federal court to shooting into multiple Clayton County convenience stores to kill those inside based upon their race and ethnicity.

Foxworth used a firearm to commit a heinous hate crime that traumatized his victims as well as the communities who rely on these businesses,” said U.S. Attorney Ryan K. Buchanan.  “The vigorous prosecution of such abhorrent acts of violence and intimidation with the assistance of our federal partners is a top priority for this office.”

“No one should have to live in fear of being targeted for deadly violence because they are Black or Arab American,” said Assistant Attorney General Kristen Clarke for the Justice Department’s Civil Rights Division. “This defendant, who professed support for a white supremacist organization, is being held accountable for an abhorrent act of violence motivated by race and national origin. This conviction should make clear that the Justice Department stands ready to prosecute any individual who carries out a violent hate-motivated crime in our country.”

“Hate-fueled violent crimes ripple through communities, making entire groups feel unsafe and unwelcome, spawning fear and anger”, said Keri Farley, Special Agent in Charge of FBI Atlanta. “Prosecuting hate crimes is a top priority of the FBI. We will not back down from obtaining justice for victims of hate-based violence.”

According to U.S. Attorney Buchanan, the charges and other information presented in court: At approximately 2:35 a.m. on July 30, 2021, Foxworth fired numerous rounds from a Glock pistol through a window and door of a gas station convenience store located in Jonesboro, Georgia.  Just minutes later, at approximately 2:57 a.m., he again fired multiple rounds from the same handgun through the windows and door of a different gas station convenience store located nearby.  Both stores were open and occupied when Foxworth shot into the businesses.  Thankfully no one was injured during either shooting.

Clayton County Police Department officers arrested Foxworth shortly after the second attack.  Foxworth admitted that he intended to kill people inside and outside the stores. He also made multiple statements to law enforcement officers that he was targeting African American individuals and others whom he perceived to be Arab.  Foxworth expressed hope that he had killed his targets and professed beliefs in white supremacist ideology and an allegiance to a white supremacist organization.

Sentencing for Larry Edward Foxworth, 48, of Jonesboro, Georgia, is scheduled for March 16, 2023, at 10:00 a.m.  Foxworth pleaded guilty to a federal hate crime and use of a firearm during the commission of that crime of violence before U.S. District Judge Mark H. Cohen on December 15, 2023.

This case is being investigated by the Federal Bureau of Investigation and Clayton County Police Department.