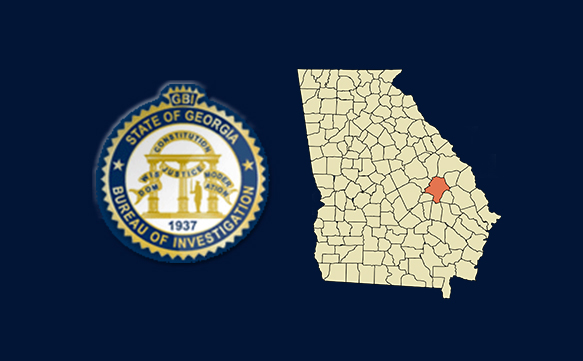 The Georgia Bureau of Investigation (GBI) is investigating a man’s death that happened on St. Paul Road in Emanuel County.  On Thursday, December 15, 2022, at about 3:50 a.m., the Emanuel County Sheriff’s Office asked the GBI to assist.

At about 3:20 a.m., a woman called 911 about a home on fire at 1077 Friendship Church Road, Garfield, Emanuel County. During the 911 call, the caller said her husband, Wesley Melton, age 29, of Garfield, and father-in-law, Gregory Melton, age 58, of Garfield, were pursuing the man, later identified as Nathan Reuben Street, age 45, that set their home on fire.  The Meltons found Street, not far from their home, and attempted to hold him until law enforcement arrived.  There was a struggle between the Meltons and Street, and Street was shot by Wesley Melton.  Street died at the scene.

There have been no arrests.

In December 2022, Street had come to the Melton’s home in the middle of the night.  It was captured on video.  The Emanuel County Sheriff’s Office obtained arrest warrants for Street for Prowling and Criminal Trespass.  That same night, the Melton home was set on fire.

The investigation is active and ongoing.  When the case is complete, it will be given to the Middle Judicial Circuit District Attorney’s Office for the next steps.  Anyone with additional information about this incident should contact the Emanuel County Sheriff’s Office at 478-237-7526 or the GBI regional investigative office in Eastman at 478-374-6988.  Anonymous tips can also be submitted by calling 1-800-597-TIPS(8477), online at https://gbi.georgia.gov/submit-tips-online, or by downloading the See Something, Send Something mobile app.