117 people, including students and their families, were victims of the scheme. Now he’ll serve time in prison and pay over $500k in restitution. 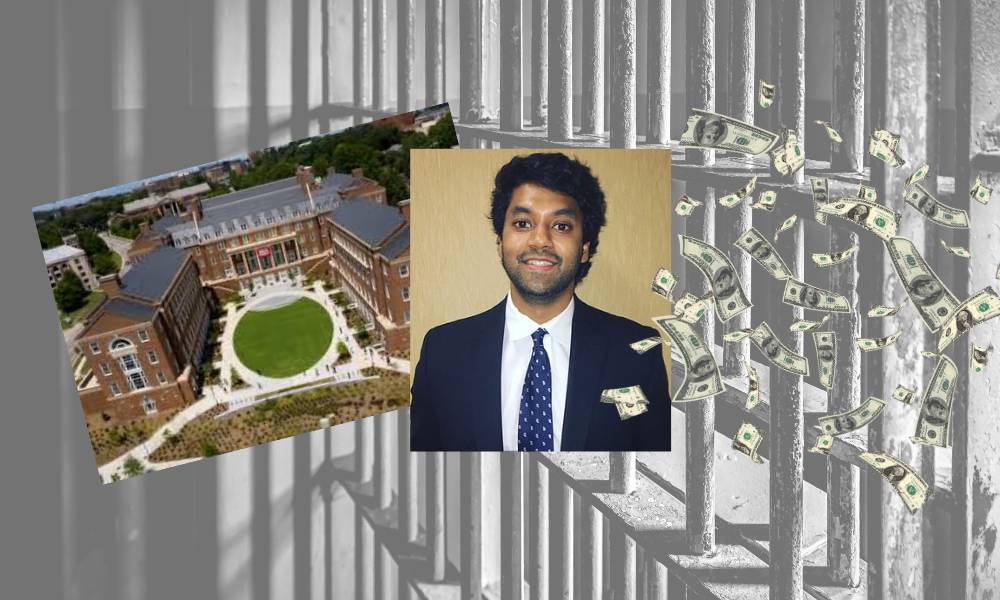 A former University of Georgia undergraduate student who operated a Ponzi scheme which collected approximately $1 million in investments and defrauded 117 investors, including fellow students and their families, was sentenced to 60 months in prison this morning, the maximum prison sentence allowed under the law, according to the U.S. Attorney’s Office.

Syed Arham Arbab, 23, of Atlanta, was sentenced to 60 months in prison followed by three years of supervised release by United States District Judge C. Ashley Royal. In addition, Arbab was ordered to pay $509,032.12 in restitution. Arbab pleaded guilty on October 11, 2019 to a one-count information charging him with securities fraud. There is no parole in the federal system.

“Scammers who choose to operate in the Middle District of Georgia will be caught and prosecuted. Arbab preyed on unexperienced investors, including his own fellow students, by weaving a despicable web of lies to steal from people who trusted him. Arbab lied about pursuing a MBA, lied about having the support of a famous UGA grad, lied about the amount of capital he raised and lied about what he was doing with investors’ money. Arbab is not some sloppy bookkeeper. He never had the capital to back up the phony returns he promised investors. Arbab took other people’s money and spent it on lavish trips to Las Vegas, expensive clothing, fine dining, adult entertainment and luxuries for himself. His criminal actions have landed him in prison,” said U.S. Attorney Charlie Peeler. “I want to thank the FBI and the SEC for their help investigating this classic Ponzi scheme, and bringing a measure of justice to the 117 victims.”

“Arbab’s lies and deceit to profit personally from the hard-earned money of investors, many of them fellow students, were unconscionable,” said Chris Hacker, Special Agent in Charge of FBI Atlanta. “The victims will never recover their losses. It is a stark reminder to investors to be extremely careful where they entrust their money and be skeptical of offers that sound too good to be true.”

Arbab admitted he spent investor funds on personal expenses, including clothing, shoes, retail purchases, fine dining, alcoholic beverages, adult entertainment and interstate travel, including spending thousands of dollars gambling during three trips to Las Vegas in 2018. Arbab’s  illegal activities occurred between May 2018 through May 2019, while he was enrolled as an undergraduate student at the University of Georgia. Arbab solicited investors, many of whom were his fellow students, to invest in his entities, Artis Proficio Capital Management and Artis Proficio Capital Investments (collectively “APC”), which he told investors were “hedge funds.” Arbab admitted that he convinced approximately 117 investors in Georgia and other states to invest funds with him and APC.

Arbab made several misrepresentations in order to persuade victims to invest with him. The defendant fabricated account statements, misrepresenting the fund’s returns, the number of investors, and the total funds invested as well as the nature of the investment plays being made. Victims invested approximately $1 million with Arbab during his scheme, with Arbab falsely promising rates of returns as high as 22% or 56%, when his overall returns were nowhere near these amounts. Arbab offered some investors a seemingly risk-free “guarantee” on the first $15,000 invested, and the majority of investors, especially those who were students or younger professionals, invested less than this amount, believing that even if Arbab’s investment choices proved unsound or the market behaved unpredictably, they would still be paid back their entire principal investment. Arbab admitted that knew he did not have the liquid capital to make good on these guarantees when he made them, but he did not disclose this to his investors.

Arbab continued to deceive victims after he learned that some prospective investors were UGA football fans, telling them a famous NFL player and UGA alumnus was an investor in the fund, when in fact the football player had never invested with APC. Arbab also misrepresented that he was an MBA candidate at UGA’s Terry College of Business; in fact, he had applied to and been rejected by UGA’s MBA program and was operating the fund primarily from his fraternity house as an undergraduate.

Assistant Chief Justin Weitz of the Criminal Division’s Fraud Section and Assistant U.S. Attorney Lyndie Freeman of the Middle District of Georgia prosecuted the case for the Government. The criminal investigation was conducted by the FBI. The Department of Justice appreciates the substantial assistance of the Enforcement Division of the Securities and Exchange Commission.