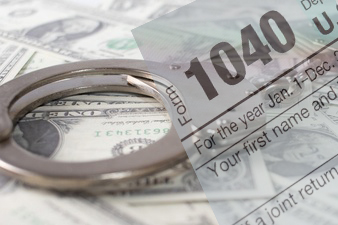 According to the Department of Justice, the United States has filed a complaint in the U.S. District Court for the Middle District of Georgia, Macon Division, seeking to bar an Irwinton, Georgia, tax return preparer from preparing tax returns for others.

The civil complaint against Shondre D. Pitts alleges that, since 2014, he has operated through a business named “First Choice Tax Services.” The complaint further alleges that Pitts has a long history of preparing fraudulent returns, including returns that claimed false itemized deductions, false income and business expense deductions, and fabricated business losses in order to fraudulently reduce the customer’s liability or claim improper tax credits. The complaint further alleges that returns prepared by Pitts falsely claimed earned income tax credits, residential energy credits, additional child tax credits, and education credits. As a result of Pitts’ conduct, the complaint alleges, his customers may face large income tax debts and may be liable for penalties and interest.

Acting Assistant Attorney General David A. Hubbert of the Justice Department’s Tax Division made the announcement.

In the past decade, the Tax Division has obtained injunctions against hundreds of unscrupulous tax preparers. Information about these cases is available on the Justice Department’s website. An alphabetical listing of persons enjoined from preparing returns and promoting tax schemes can be found this page. If you believe that one of the enjoined persons  or businesses may be violating an injunction, please contact the Tax Division with details.