Adjustment to Law Changes When to Stop for School Buses

Make sure you know the new rules – which take effect immediately. 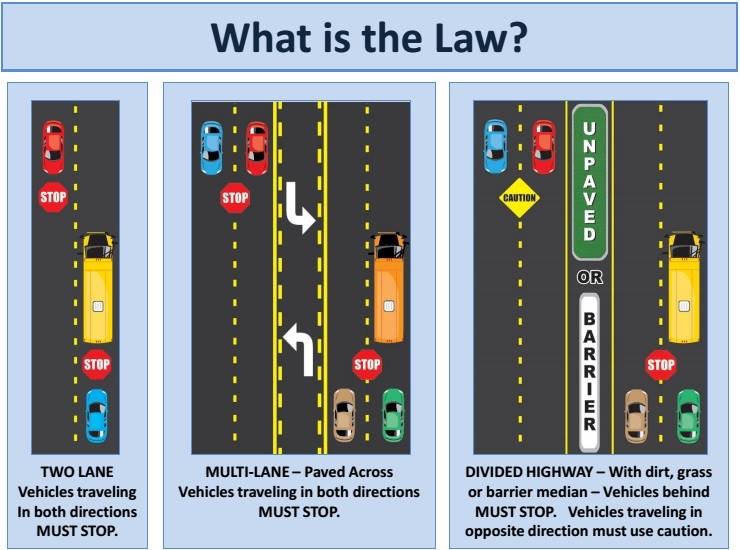 Legislation passed by the General Assembly and signed into law last week changes when motorists must stop for school buses.

Governor Kemp signed Senate Bill 25 into law on Friday, the first enacted since he became governor. The new law requires drivers traveling in both directions on two-lane roads and roads with a center turn lane to STOP for school buses that have their stop arm extended and red lights activated. Vehicles traveling in the opposite direction of a stopped school bus on a road that is separated by a concrete, grass or dirt median do not have to stop, but drivers should exercise caution while driving in this area.

“Republicans and Democrats all recognized that swift action was needed on this issue. When it came to ensuring the safety of our families and our children, I am proud to say that we all stood together. I would also like to thank the two bill sponsors, Senator Bill Heath and Representative Ginny Ehrhart, for their hard work on S.B. 25,” Kemp said after the signing.

“I have been concerned about our students’ safety since House Bill 978, which addressed passing a stopped school bus on a highway divided by a turn lane, was signed into law last year. Today, Senate Bill 25 was signed. It reverses the change and takes effect immediately – it is once again clear that in Georgia it is illegal to pass a stopped school bus unless on a highway divided by a grass median, unpaved area, or physical barrier. I commend Governor Kemp and our legislators, including Senator Heath and Representative Ehrhart, for acting swiftly in the interest of students’ safety. I can rest a little easier tonight, and I believe that’s true for our school transportation directors and parents as well.”