OPINION: In this week’s faith column, Grigg submits that The Bible ‘is not just a book about ‘religious ideas’ or emotions, it is a book about God, and His dealings with humanity and humanity’s home (the universe), from the beginning to the end of time.’ He says the chapters of Genesis cannot be manipulated. 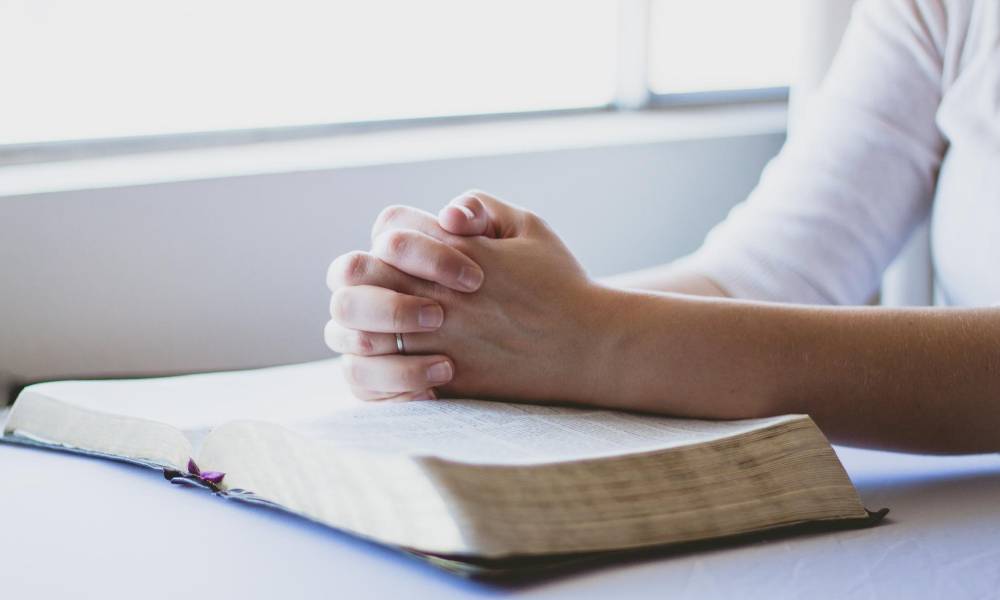 By: Russell Grigg (Note: this is an archived faith column)

Skeptics, liberals, and others sometimes claim that man’s concept of God is something which evolved, and that the Bible is merely man’s efforts to provide himself with a religious prop to explain the otherwise unexplainable or to ease the burden of life.1 However, nothing could be further from the truth. The Bible is a book from God about God, His glory, and His plan of salvation for sinful humanity.

When we read the Bible, we find that God does not tell us everything about these things all at once. He gives us successive revelations. A name for this is ‘progress of doctrine’, which simply means that we learn more about God and His dealings with us from each book, as we read through the Bible.

This concept can be likened to the raising of a blind in a dark room. Outside the sun is shining. As the blind goes up, it does not increase the amount of light emanating from the sun, but it does let more and more light into the room. Let us see how this works out with regard to four things that God tells us about Himself in Genesis, thus affirming the crucial nature of this foundational book.

The first thing God tells us about Himself in Genesis is that He is Creator. The very first verse of the Bible reads: ‘In the beginning God created the heaven and the earth’ (Genesis 1:1).2 The rest of chapter 1 details what God created and how He did it, namely by His Word,3 as well as over what time frame.4

We also learn, following the death and resurrection of the Lord Jesus, that God began a new creation—those who repent and put their faith in Jesus Christ are described as being a ‘new creature’ [new creation] (2 Corinthians 5:17).5

Finally we learn that, at some time in the future, God will create a new heaven and a new earth, as prophesied in Isaiah 65:17, and described in Revelation chapters 21-22.

A second thing God tells us about Himself in Genesis is that He is Lawgiver,6 when He says to Adam: ‘Of every tree of the garden thou mayest freely eat: But of the tree of the knowledge of good and evil, thou shalt not eat of it: for in the day that thou eatest thereof thou shalt surely die’ (Genesis 2:16–17).

Practically this was a test of Adam’s love for God, that would be shown by whether or not he obeyed this one command.7 In essence, however, this was the first declaration to humanity of the moral law of God and of God’s right to impose His law upon mankind. The moral law of God may be defined as ‘the expression of God’s will, enforced by His power, for His rational beings (angels and men).’8

Someone may ask, ‘What right has God to impose His moral law upon mankind?’

The answer is that God is Sovereign, and whatever He does is right. The fact that God is man’s Creator gives Him the right to be man’s Lawgiver (Ecclesiastes 7:29; Ephesians 4:24). The fact that ‘God is love’ (1 John 4:8) means that His laws are in our best interests.

A third thing that God tells us about Himself in Genesis is that He is Judge. After Adam and Eve had eaten the forbidden fruit, the record states: ‘And the Lord God said unto the serpent, Because thou hast done this, thou art cursed … Unto the woman He said, I will greatly multiply thy sorrow … And unto Adam He said … cursed is the ground for thy sake … and unto dust shalt thou return’ (Genesis 3:14-19). This role of God as Judge is seen throughout the Bible.

In Genesis 6–9, God judged the wickedness of the people of that day with the Flood.

In Genesis 11, by causing the confusion of languages, God judged the people of Babel, who had refused to obey His command to fill the earth (Genesis 9:1).

In Genesis 18-19, God judged the blatant homosexual behavior of the men of Sodom and Gomorrah—‘because their sin is very grievous’ (Genesis 18:20) and they ‘committed abomination’ (Ezekiel 16:50)—by destroying those cities and everyone in them.

In Exodus 5-14, God judged the nation of Egypt with various plagues for its refusal to obey the Lord and let His chosen people go.

In the Old Testament, God judged the nation of Israel for its idolatry.

In the Gospels, the death of the Lord Jesus on the Cross is the expression of God’s judgment upon mankind’s sin. Christ, our substitute, paid the full penalty which we, each one, deserve.10

Further on in the New Testament, God tells us that He has appointed a day in which He will judge the world in righteousness and that the judge will be the person whom He raised from the dead, namely the Lord Jesus Christ (Acts 17:31; Romans 14:10).

Finally, in Revelation, the last universal judgment of ‘the dead, small and great’ is seen in what the Bible calls the ‘great white throne’ judgment (Revelation 20:11-15).

A fourth thing that God tells us about Himself in Genesis is that He is Savior. Amid the judgment set out in Genesis chapter 3, the Lord God gave the promise of the Saviour who would come and defeat Satan, while He Himself (in the person of Jesus Christ) would suffer in the process—the so-called ‘Protevangel’ spoken to the serpent: ‘And I will put enmity between thee and the woman, and between thy seed and her seed; it shall bruise thy head and thou shalt bruise his heel’ (Genesis 3:15).11

The role of God as Saviour, in the person of Jesus Christ, is a major theme of the Bible.12 The Old Testament points forward to this through many ‘types,’ such as the sacrificial lambs, the priesthood, the tabernacle, etc. Then in the Gospels, we have the historical record of the birth, life, death, resurrection, and ascension of the Saviour, Jesus Christ. This was God’s fulfillment of His promise of Genesis 3:15.

Finally, after the outworking of all that was involved in the missionary task of teaching, preaching, and planting churches as exemplified in the rest of the New Testament, Revelation portrays the ongoing triumph of the Creator/Lawgiver/Judge/Savior Jesus Christ over the powers of evil and His enthronement with His redeemed people, first in Heaven, and later in Heaven-on-earth (Revelation 21). Thus what God began at the commencement of the Bible in Genesis 1 is fulfilled, consummated, and perfected at the end of the Bible in Revelation 21-22.

The Bible is not just a book about ‘religious ideas’ or emotions, it is a book about God, and His dealings with humanity and humanity’s home (the universe), from the beginning to the end of time. The early chapters of Genesis are crucial to a proper understanding of these dealings. These chapters are totally reliable and may not be manipulated to make them conform to the temporary wisdom of any particular age.

To the person willing to submit to its authority, the Bible, revealing the consistent unfolding of God’s plan, shows itself to be a self-authenticating, utterly trustworthy whole, from beginning to end.