COLUMN: Trump wins another election… just for the wrong candidate!

OPINION: Deeb, a global brand strategist, offers his perspective on why he thinks the polarizing personal brand of Trump won the presidency for Biden. 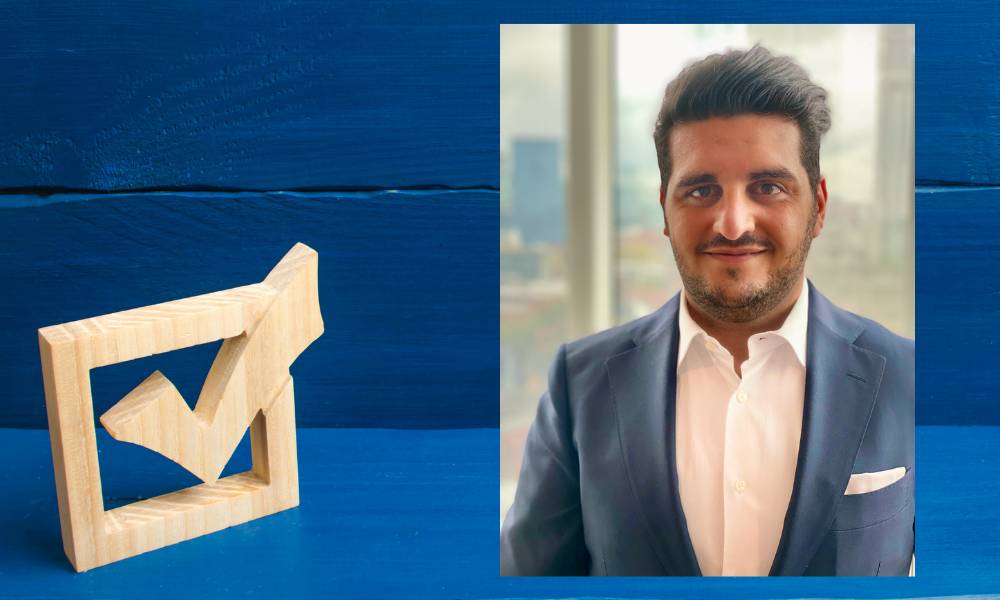 By: George James Deeb – CEO of Stand Out and a global brand strategist who works with international brands including Mercedes-Benz and Mars – He presents a unique perspective from across the pond – in the UK.

The personal brand of Donald Trump. It’s unmissable. Unapologetic. 100 percent Marmite (you either love it or hate it) – and according to leading brand strategist, George James Deeb, CEO of Stand Out, it’s exactly what handed Joe Biden the keys to the White House. Yes, that’s right. Trump stands 2-0 when it comes to presidential elections, but this time, he won it for the wrong candidate.

For a moment, put your feelings about Trump and his chequered past aside to consider all that he’s accomplished. From taking control of his father’s real-estate company in 1971, opening Trump Tower in Manhattan in 1983, starring in The Apprentice from 2004 to 2015, to becoming president of the most powerful country in the world in 2016 (and all that went in between), Trump – like him or not – has achieved more than most ever could.

So, what’s been his secret? Much of it boils down to one thing, explains Deeb: “Trump is a brilliant marketeer and brand strategist. Not because he pays millions of dollars to the world’s leading creative agencies to produce imaginative, well-designed campaign materials; he clearly doesn’t. Visually – as a whole – the Trump brand is garbage. Gaudy designs, tacky color palettes that don’t work together, and fonts that look like they’ve been created in Word on Windows 98.

“Trump’s genius is in his messaging. The way he coins phrases, and the horrific – but brilliant – slogans he prints on baseball caps and plasters on podiums. “Make America Great Again” and “Build a Wall” – earworms that are repeated by supporters, haters, and mockers around the world, reinforcing the unmistakable Trump message.”

But more so than creating his own brand, Trump is a master of creating brands for other people – whether they like it or not. In fact, there’s an entire Wikipedia page listing all the nicknames he has given other people. Crooked Hilary (Clinton), Low Energy Jeb (Bush), and of course, Sleepy Joe (Biden). Nicknames designed to publicly discredit his opponents and create feelings of fear or distrust towards them.

“The brands Trump has created for his opponents have become stronger than the brands they’ve created for themselves,” says Deeb. “The Sleepy Joe and Basement Biden nicknames – alleging he has dementia and was avoiding the campaign trail because he couldn’t answer questions – have become bigger than Biden’s personal brand, which – compared to Trump’s – seems distinctly unmemorable. You could even question if Biden would have a personal brand without Sleepy Joe.”

Deeb continues: “Trump has an amazing ability to brand and – more notably – rebrand everything he doesn’t like, such as renaming COVID-19 the “China Plague” and, of course, “fake news” – used to shake off any unwanted media stories that challenge him or his position. Trump’s every word is jumped on by the media, becoming stuck in the narrative and click-bait for consumers, subsequently, influencing the thoughts and actions of voters.”

In the past, Trump’s aggressive, impenitent branding tactics have worked in his favor, but Deeb suggests this is the first time they’ve genuinely backfired. “Trump built his brand so big that it became his worst enemy. When you can love or loathe a brand the way you can love or loathe Trump, it can only go one of two ways; there’s no room for the middle ground.

“Trump has never sat on the fence or held back his opinions, but when you’re essentially the world’s biggest brand, everything you say and do is amplified a thousandfold. His careless handling of – and rhetoric – around the pandemic, stating that 99% of COVID-19 cases are totally harmless then suggesting injecting bleach into the body could be a strategy for tackling the coronavirus – followed by his customary, low blow attacks on Biden – may have been the straw that broke the camel’s back.

“It was only a matter of time before Trump was undone by his own personal brand – and ultimately, it’s the size and potent strength of this that lost him the election and won it for Biden.”