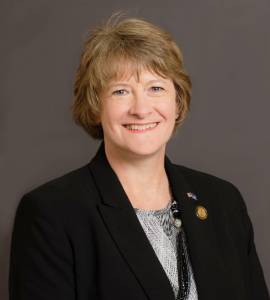 When the Novel Coronavirus hit the United States, several things happened that had never happened before. For the first time in American history, a state of emergency was declared in all 50 states. Several states made recommendations to stay home, self-quarantine, increase hygienic practices, and use social distancing. Several states, like Georgia, went further and mandated shelter-in-place orders. When Gov. Kemp mandated shelter-in-place, he could only do so until the original Public Health Emergency expired on April 13th. Then, without any changes to the laws that rule our state, a new edict went out and the public health emergency was extended an additional 30 days and the shelter-in-place extended until the end of April.

But the laws did not change. Three people made the decision that 236 legislators were not needed in order to change the law. Those three men could act unilaterally and declare that the public health emergency was still ongoing therefore the governor could extend without any legislative approval or oversight. This decision stripped the voice of every legislator and therefore stripped the voice of every Georgian those legislators represent.

Let’s review the timeline. On March 14, the governor declared a state of Public Health Emergency. By law, the legislature had to convene a special session at 8 o’clock on March 16th in order to concur or disagree with the order. In the 48 hours between the declaration of the emergency and the convening of the special session there was an agreement between House and Senate leaders to the language in the concurring resolution. For though the law is extremely clear that the legislature had to concur with the original order, it was less clear about the need for the legislature to concur with any subsequent extension. The language in our resolution was to state that the legislature would convene a special session within 48 hours of the extension to again approve or disagree with the need for the extension.

The senate version did not contain that language and the general assembly spent hours waiting on a compromise solution. This single vote was the most consequential vote any Georgia legislator has ever undertaken. We were voting on giving the governor unfettered power. We finally decided that all general assemblymen present could sign a petition requesting a special session for April 15 – two days after the expectation of any extension. It requires three-fifths of each chamber to call for a special session. That special session will not happen because 3 men decided on April 8th, that we no longer needed legislative oversight. Three men decided that we could not set protocols in place to ensure the safety of our legislative members and still hold a special session. Three men decided that they know the will of all Georgians better than the people elected to represent them.

The general assembly has been removed from the equation. There is absolutely no checks and balance between the executive and the legislative branch. Without that check, we have a run-away executive. The dangerous precedent has been set. Each representative serves around 55,000 people. Legislative oversight died on April 8th. You should be angry because that is your oversight, your voice that was killed. You should demand that the speaker of the house and the lieutenant governor submit the petitions signed by over 3/5th of the representatives and senators and that the governor shall call the special session. David Ralston: 404.656.5020 or 404.295.2007. Geoff Duncan: (404) 656-5030

State School Superintendent: “We must choose compassion over compliance”
COLUMN: Immigrant Workers Filling Essential Roles Are At Risk Of Deportation. The Time To Act Is Now.
Posting....