OPINION: “The Muhammad For Congress campaign could not come at a more critical time for our nation.” 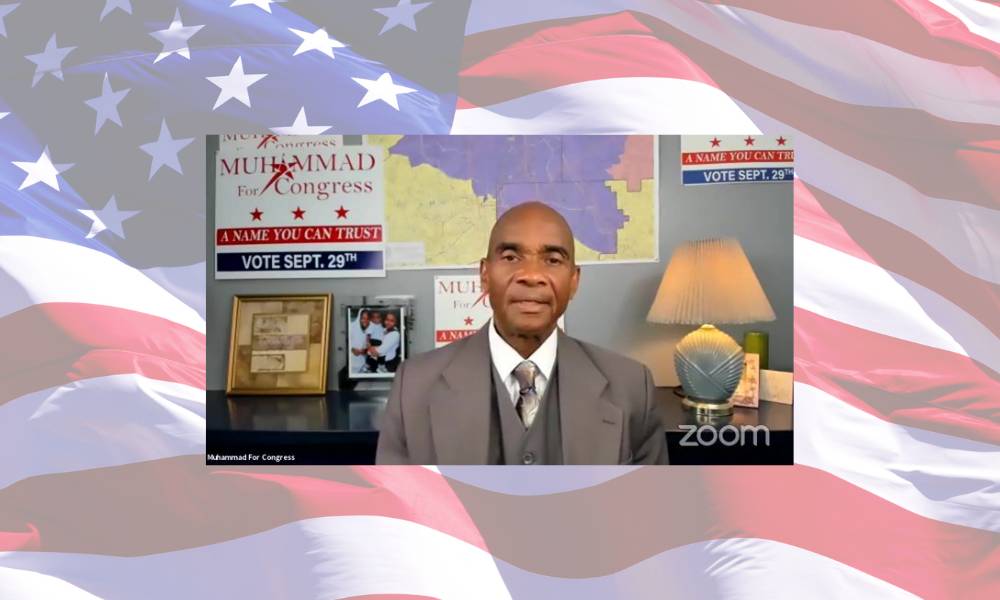 In a congressional district tied with Florida’s 24th, according to the Cook Partisan Index, as the most Democratic congressional district in the South, Georgia’s Muhammad For Congress 5th District campaign as an independent in the Special Election this coming Tuesday, Sept. 29, 2020 is not only statistically notable — but is also historic, from the perspective of diversity.
Even more noteworthy, perhaps, as many politicos have been rumoring, is the possibility that the Muhammad For Congress campaign may actually be the most diverse campaign with the most diverse voter support in the history of the 5th Congressional District — ever.
All this, in one of the most partisan, divisive battlegrounds of the 2020 election cycle:  the state of Georgia.  As one politico shared, the term others have been saying about the Muhammad campaign is, simply:  “intriguing”.
Intriguing, indeed.  Atlanta — the heart of the 5th Congressional District — lags in the nation — 44 among 66 cities with populations over 300,000 — when it comes to diversity, according to a recent U.S. News analysis.
Yet U.S. Congressional Candidate Steven Muhammad says diversity is in abundance when it comes to his campaign:
“We’ve received acknowledgements and support from Independents, Democrats, and Republicans, as well as Christians, Muslims, and Jews, across all racial lines and sexual orientation — our youth as well as our seniors, and our women leaders, whether from the community, small business, or from diverse faith backgrounds.”
Muhammad adds,“We are thanking everyone in advance for their courageous participation and willingness to support this historic campaign.  We’ve taken a stand for diversifying the 5th Congressional District without destructive gentrification, while closing the vast income gap disparity that exists here, so we can have a safe and decent place to live for all in the 5th District.”
The message of diversity inclusion — particularly political and faith diversity — is a common thread that has continued to surface throughout the Muhammad for Congress campaign.  Muhammad — and others — think his past leadership record shows that he has brought diverse groups of people together in ways that have fostered meaningful peace and progress. Rev. Mark Abernathy, pastor of Connect Point Christian Center is a witness, he professes, from the many years of collaborative work with Muhammad on various international, interfaith peace initiatives.
“Steven Muhammad is not just a social activist. He is incredibly connected to family, community, city, and state. He has an understanding with and about diverse people that helps resolve division.  I will always remember when he walked with us through Jerusalem, as we all chanted, ‘Peace, Shalom, As-salamu alaykum.’  That’s who Steven Muhammad is.”
Muhammad, who once served as co-campaign manager along with his wife Margaret, for Jewish leader Doug Alexander in his bid for Atlanta City Council President (who served two terms 1997-2003) — and whose father was an advisor to Dr. Martin Luther King, Jr. — also drew quiet regard and contemplation from a well-known, silver-haired woman faith leader recently acknowledged by the Library of Congress and the Civil Rights community.
“There was a time in our nation’s history,” she reminisced, “when some feared having a Catholic [John F. Kennedy] in the White House would give the Pope too great a power to influence our nation’s affairs. Some might argue, in today’s environment, there is a similar bias against Muslim Americans in running for high elected office, such as the United States Congress.
“I would hope that others would not think Steven Muhammad could not represent them because of his religion.”
In many ways, the Muhammad For Congress campaign has been reminding voters, candidates and politicos in the 5th Congressional District of the ideals of equality and equity — especially for African Americans — during a time in our nation’s history when the issue of systemic racism has achieved heightened visibility in a hyper-media environment of political marketing.
Atlanta’s Shelley Wynter, a self-professed conservative Republican, 95.5 WSB radio talk personality, and public media watchdog regarding the Muhammad For Congress campaign, offered this prediction/commentary:
“The greatest, most revolutionary completion of John Lewis’ term would be to put someone by the name of Steven Muhammad in his seat.
“As a community leader, business man, and more importantly, as a man of faith, Steven Muhammad represents the full journey we as African Americans have experienced in the United States — from our beginnings in Christianity, through our experience in the Civil Rights Movement, and our expanding into Islam.
“If we truly mean what we say — that we’re committed to ending racisim in America — especially in the 5th Congressional District — then we cannot dismiss Steven Muhammad’s leadership in diversity across race, creed, sexual orientation, and ethnicity.”
Regardless of Tuesday’s Special Election outcome, the Muhammad For Congress campaign has already begun “Creating A New Reality” in Georgia’s 5th Congressional District — one where diversity is celebrated, embraced, and included.  A “new reality” being sought by “independent” representation — independent of the current destructive dynamic of partisan gridlock and its seeming choke-hold grip on America’s future.
Independent U.S. Congressional Candidate Steven Muhammad and his Muhammad For Congress team have been determined to demonstrate their independent capability to bring forth that “new reality” in Congress now, right here from Georgia, in the midst of arguably the most contentious, partisan political environment of U.S. election history.
It could not come at a more critical time for our nation.
Related Topics
AllOnGeorgia

COLUMN: Biden can pull off a win in the debates — but only if voters fail to pay close attention
COLUMN: Trump’s COVID-19 Diagnosis Says More About You Than It Does About Him
Posting....