During the year, GW Locke checked 155 hunting licenses, 217 fishing licenses, and 490 boats. He documented 183 citations and 186 written warnings for a total of 369 contacts. 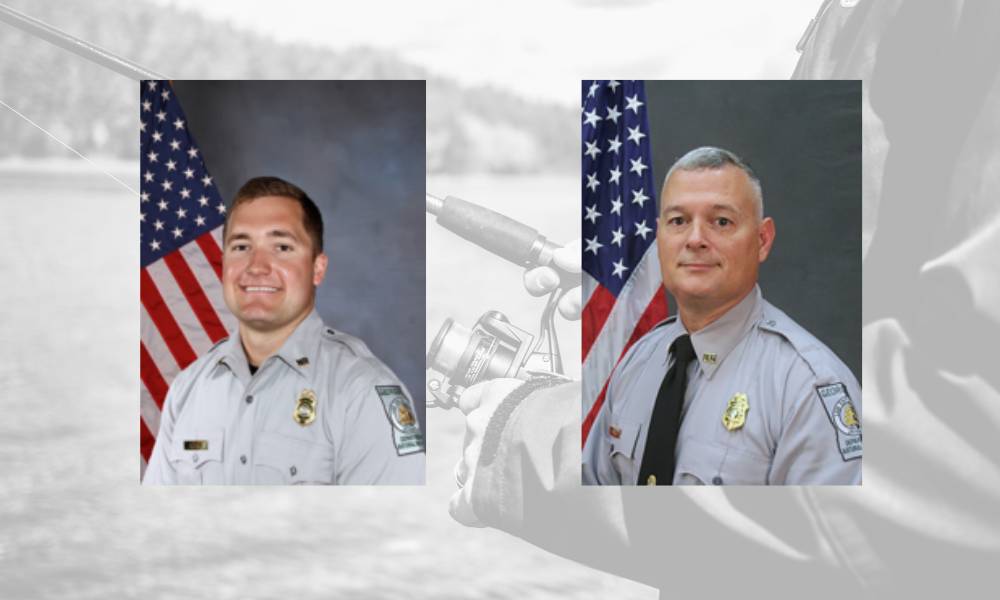 “These Game Wardens have emerged as leaders this past year,” said DNR Commissioner Mark Williams. “They work hard every day to enforce the conservation laws of the state and to ensure public safety and I applaud their contributions.”

Game Warden Ryan Locke, who was the Torch Award winner for the Division last year, is an outstanding officer and last year’s activity proves it. During the year, GW Locke checked 155 hunting licenses, 217 fishing licenses, and 490 boats. He documented 183 citations and 186 written warnings for a total of 369 contacts. He is assigned to one of the busiest lakes in the nation as the Boating Safety Officer on Lake Lanier. Away from the lake, he investigated a poaching case and gathered enough evidence, to identify 63 violations on seven different poachers. The violations included hunting deer at night, hunting from a vehicle, hunting from a public road, possession of over the limit, and numerous license offenses.

Game Warden Dean Gibson is a dedicated and committed officer who always goes above and beyond expectations. He maintains a high level of activity which is evidenced by his numbers. Last year, GW Gibson devoted 925 hours to wildlife enforcement, checked 513 hunting licenses. He devoted 353 hours to boating enforcement, conducted 57 boating patrols and checked 248 vessels. He also conducted 296 patrols on state-owned properties. With these stats, he was a top producer for violator contacts in his Region. In the community, he taught wildlife education to 4-H kids, attended a kid’s fishing event at a Public Fishing Area, and spoke to various media outlets about boating safety.

“These men have performed exceptionally as Game Wardens this past year and have distinguished themselves among their peers,” said Col. Thomas Barnard, director of the Law Enforcement Division. “They truly deserve this recognition.”