The U.S. Department of Veterans Affairs released in January an updated Department of Defense list of locations outside of Vietnam where tactical herbicides were used, tested or stored by the United States military.

The U.S. Department of Veterans Affairs (VA) released in January an updated Department of Defense (DOD) list of locations outside of Vietnam where tactical herbicides were used, tested or stored by the United States military.

“This update was necessary to improve accuracy and communication of information,” said VA Secretary Robert Wilkie. “VA depends on DOD to provide information regarding in-service environmental exposure for disability claims based on exposure to herbicides outside of Vietnam.”

DOD conducted a thorough review of research, reports and government publications in response to a November 2018 Government Accountability Office report.

“DOD will continue to be responsive to the needs of our interagency partners in all matters related to taking care of both current and former service members,” said Defense Secretary Mark T. Esper. “The updated list includes Agents Orange, Pink, Green, Purple, Blue and White and other chemicals and will be updated as verifiable information becomes available.”

This comprehensive health exam includes an exposure history, medical history, physical exam, and any tests if needed. A VA health professional will discuss the results face-to-face with the Veteran and in a follow-up letter. 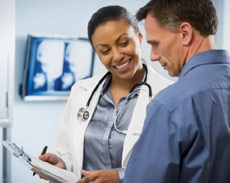 These Veterans are eligible for the Agent Orange Registry health exam:

DPH Says Agency is Working to Identify and Prevent Spread of Coronavirus in Georgia
CDC Advises Travelers to Avoid All Nonessential Travel to China
Posting....