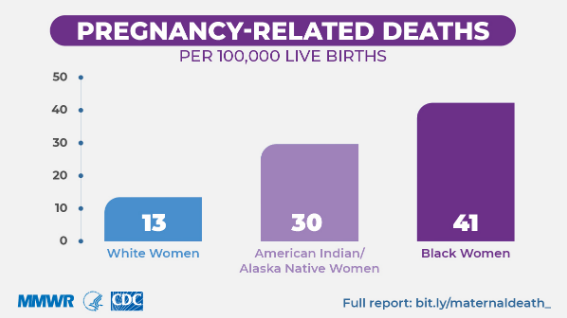 Black, American Indian, and Alaska Native (AI/AN) women are two to three times more likely to die from pregnancy-related causes than white women – and this disparity increases with age, researchers from the Centers for Disease Control and Prevention (CDC) report today in the Morbidity and Mortality Weekly Report (MMWR). 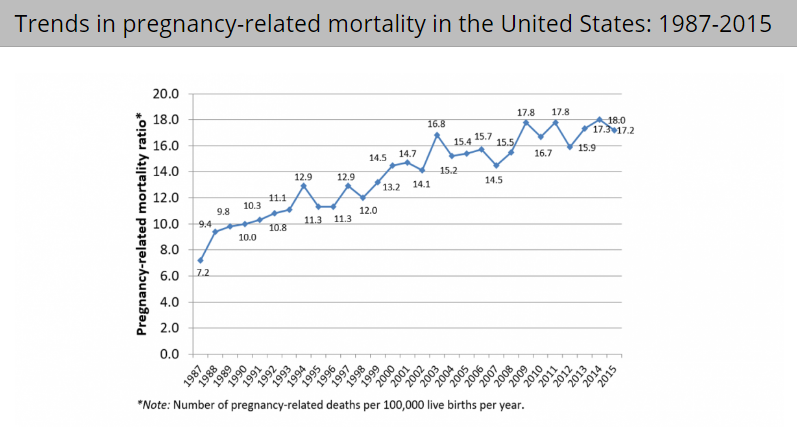 “These disparities are devastating for families and communities and we must work to eliminate them,” said Emily Petersen, M.D., medical officer at CDC’s Division of Reproductive Health and lead author of the report. “There is an urgent need to identify and evaluate the complex factors contributing to these disparities and to design interventions that will reduce preventable pregnancy-related deaths.”

The CDC’s Pregnancy-Related Mortality Surveillance System (PMSS) defines a pregnancy-related death as the death of a woman during pregnancy or within one year of the end of pregnancy from a pregnancy complication; a chain of events initiated by pregnancy; or the aggravation of an unrelated condition by the physiologic effects of pregnancy.

The CDC study, based on analysis of national data on pregnancy-related mortality from 2007-2016, found that:

Reducing disparities will require the participation of multiple systems to address the factors affecting these disparities.

Hospitals and healthcare systems can:

US to Purchase $170 Million in Smallpox Vaccines for Stockpiling
$7 Million Headed to Ga for Maternal, Infant Health
Posting....