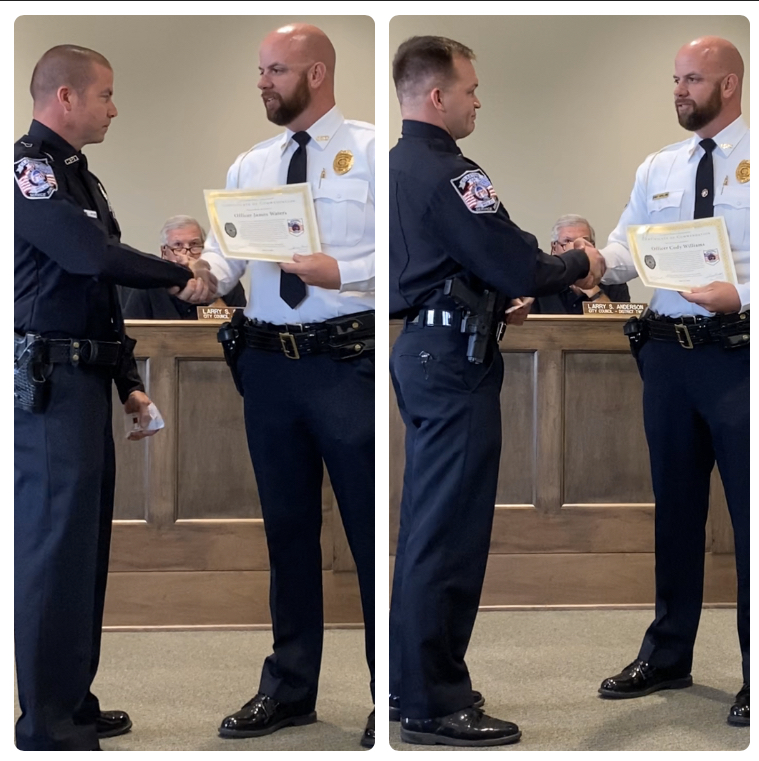 Officer James Waters and Officer Cody Williams were presented with a Lifesaving stripe for their uniforms as well as a Certificate of Commendation by Chief Dale Kirkland for their efforts in response to a rollover traffic accident in May in which their acts saved the life of a motorist.

Chief Kirkland read a statement which detailed the events of a May call when Waters and Williams responded to the scene of an accident to find a motorist suffering from life threatening injuries, including traumatic damage to his hand and arm. The two applied a tourniquet to stop the flow of blood and prevent excessive blood loss as they awaited the arrival of EMS, an act that medical personnel later said made all the difference.

“The man would have died in the road that day,” Kirkland said. Williams also escorted the ambulance to the airport so the man could be transported to a regional hospital.

Chief Kirkland read out a letter from Evans County EMS which praised the swift action by Waters and Williams as well as the compassionate comforting administered to the victim by the officers as EMS arrived on the scene.  “If these officers didn’t act in a quick and diligent manner, the patient would have bled out and died on the scene,” the letter read. “They truly saved this man’s life.”

Both were present Monday to receive their awards before council.

Kirkland also thanked the city for their support of the police department. 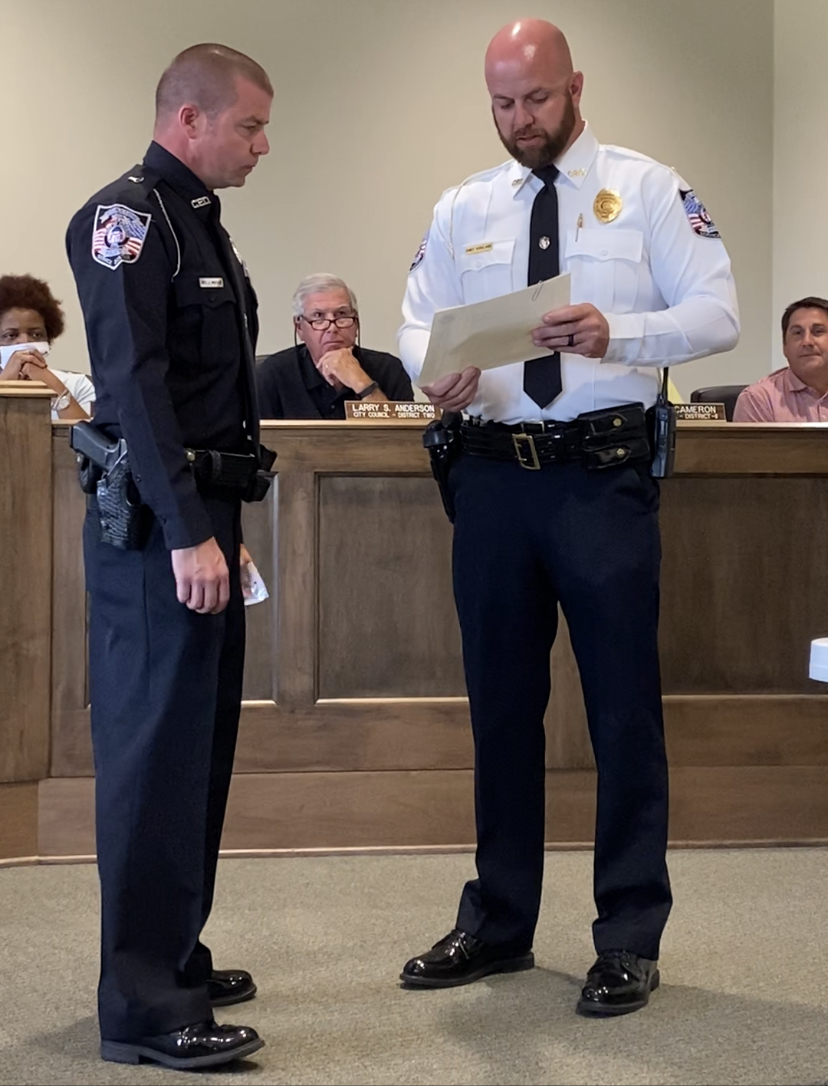 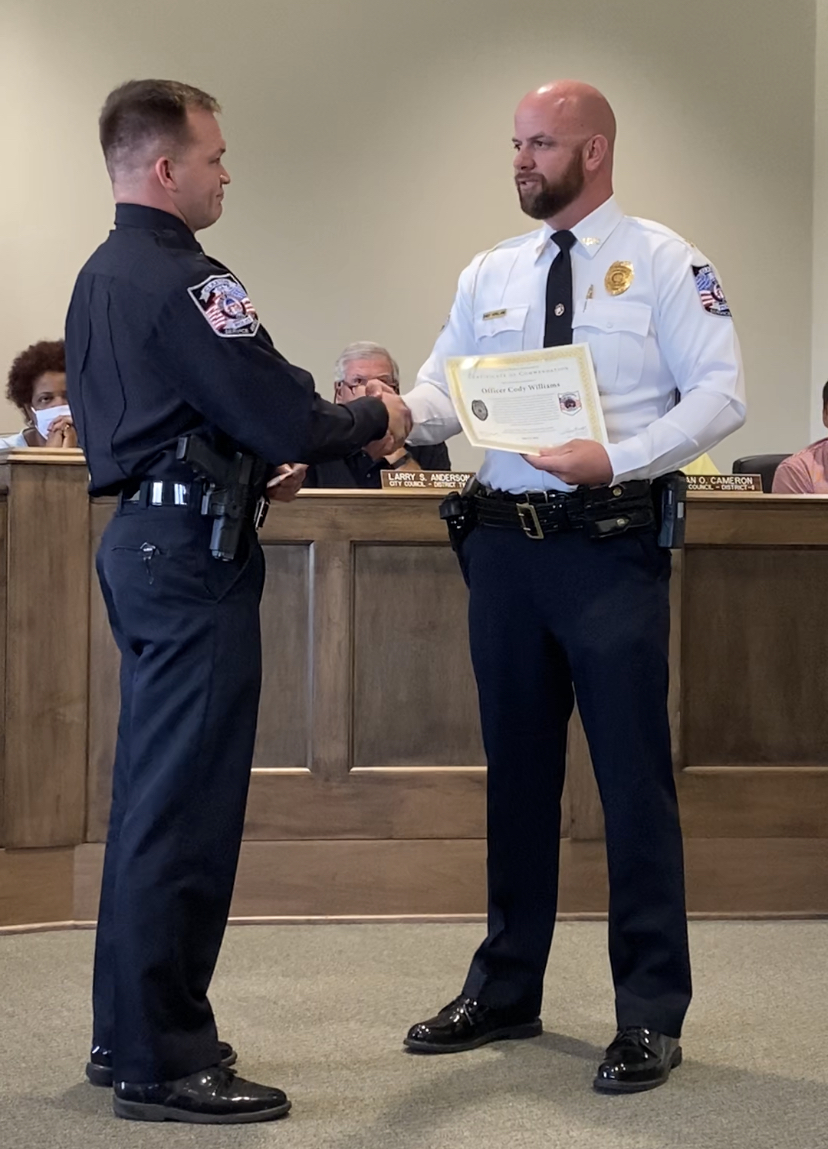 You can watch the presentation below.