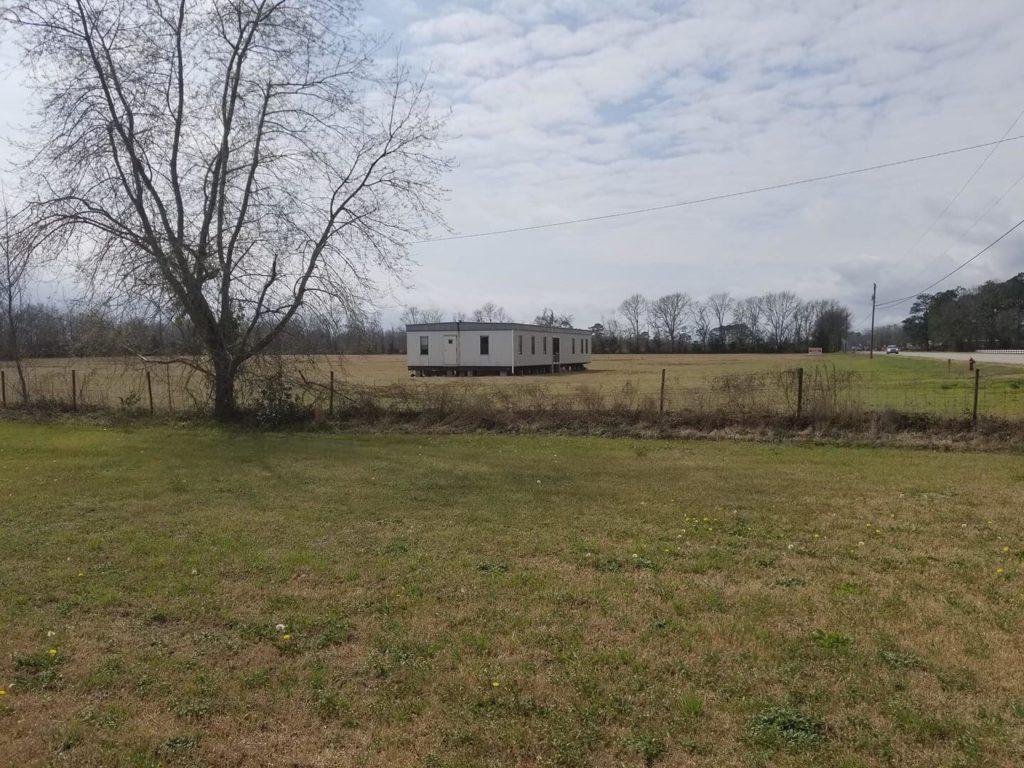 Citizens in Evans County are outraged about a new project coming to a property in Hagan, but much of the anger appears to stem from the process that took place to secure the land where the new business will operate, which involved emergency meetings, swift action, a little public notice.

Background on the property

The 20-acre property is in the city limits of Hagan but is owned by the Claxton-Evans County Economic Development Authority (also referred to as the Industrial Development Authority (IDA).  The exact location is 5260 U.S. Hwy 280 and can be found on the Tax Assessor website under parcel [H05 006]. It was owned by the Shuman family prior to the takeover by the EDA in 2012.

In 2013, the IDA approached the city of Hagan about rezoning the property to B1 Business from Agricultural. The city, officials say, was under the impression that after a year of not being used as B1-business, the property would revert back to Agricultural. But that was not the case. Hagan officials say the attorney confirmed that the property is still zoned B1-Business, which is why no rezoning process occurred in 2019 with regard to the property owned by the IDA.

The Board of Directors for the IDA includes Marshall Smith (Chairman), Hub Daniel, Larry Anderson, Joe Watkins, Jimmy Sands, Terry Branch, Keith Dixon, Chad Hethcox, and Michael Smith.  Mary Katherine Griffin is the Director, but like Marshall Smith as Chairman, cannot cast a vote on any matter. The IDA is represented in legal matters by Attorney Bill Callaway, who also represented the business owner who sought to lease the property from the IDA, Todd Padgett of Todd Padgett Housing Center, Inc. Callaway is also the city attorney for Claxton and two of the Board members are elected officials in Claxton.

Todd Padgett Housing Center, Inc. is a fairly new business, but Padgett has worked in the industry for 19 years, most recently in Reidsville. He announced venture to sell new manufactured homes back in January of this year, but at the time said that the location had to “be a secret for a few more days.” Padgett, who is a client of Callaway, says he expects to have $2 million worth of inventory on the 20 acres, hire 15-20 people in the first year, and ultimately work toward a permanent structure for the office building on the property. Evans County will receive the ad valorem taxes from inventory and the local sales tax will be collected on sales made by the business.

Padgett told AllOnGeorgia on Tuesday that he chose Evans County because of the location and because everyone was “so friendly” when he began scouting the area. “It seemed like it would be positive for me and a positive for Evans County,” he said.

The land has been leased agricultural for the last several years to James Lynn, who has paid the IDA $900 annually. The lease, however, was open-ended and allow the IDA to cancel at any time.

The County Commissioners were not involved in the process at all.

IDA Meetings to Approve a Lease-Purchase for Callaway’s Client

The project came before the IDA somewhat swiftly and a lease was negotiated and agreed to in less than 9 days, with four meetings.

TIMELINE as provided by documents from an Open Records Request, including meeting minutes, meeting notices, lease agreements, and EDA/IDA bylaws.

Feb 8 – 10:00 A.M. – Special-called meeting for the lot on 280. A letter from Callaway was read announcing the prospect of Padgett leasing the property. Board members Hethcox and Dixon said they wanted a contract stipulating presentation and property upkeep.

The Open Meetings Act requires that in order for an emergency meeting to take place with less than 24 hours notice, the official emergency must be documented in the meeting minutes. Emergencies are often cited as ‘lead in the water, forthcoming tornadoes’ and other disastrous events that pose an immediate threat that cannot wait 24 hours. Board member Hub Daniel claimed that the emergency meeting was in compliance with the ‘emergency provision,’ but no emergency was ever documented in the minutes other than “the lot on 280”. Callaway advised Board members that they were in compliance.

Feb 16 – 11:30 AM Emergency meeting on a Saturday to approve the lease

The standard for emergency meeting was not met or legally documented.

The apparent conflict of interest of Callaway representing both parties was OK-ed by the IDA members and Callaway reportedly said in an open meeting Friday that he would have Evans County State Court Judge Ron Hallman give the contract a second look.

The IDA is governed by the Open Meetings Act, OCGA 50-14-1, just like any other governmental board in Georgia. The appointment of the Board Members does not exclude the entity from sunshine laws.

Padgett moved a building onto the property on Thursday, February 14th, just days after the vote. Hagan officials say the cart was put before the horse and the lease confirms that the building was moved before the lease was executed.

AllOnGeorgia reached out to the City of Hagan and city officials confirmed that as of lunchtime Tuesday, a building permit had not yet been issued by the city. City Clerk Brenda Conley said everything is “in process” but the city is waiting on an official letter of opinion from the city attorney, Hugh McCollough.

The City also requested the lease agreement between the IDA and Padgett/his company, to show proof that he has rights to the property. This was provided to the city and conley said that a business license and a certificate of occupancy, which requires a check list of roughly 15 items and the approval of code enforcement, will both be required once the building permit is issued before business can begin.

Padgett told citizens on social media on Monday that he is remodeling the office unit from top to bottom and that he “had permission to put the office on the land to start remodeling it.” He told AllOnGeorgia on Tuesday that “by the time we get the porches and things of that nature, aesthetically, it’ll be more attractive than most any other business around it.”

Hagan Code Enforcement issued a stop work order after the building was moved on to the property and work is not supposed to continue until the appropriate permits have been issued.

The Evans County Board of Commissioners has a special-called meeting slated for Tuesday evening at 7:00 P.M. Citizens are expected to voice their concerns.

The minutes will be approved by the Board at the March meeting.