The owner of an assisted care facility for the elderly in the City of Claxton requested help with speed control on her street, but the city attorney told council that the city has ‘no right’ to do that. 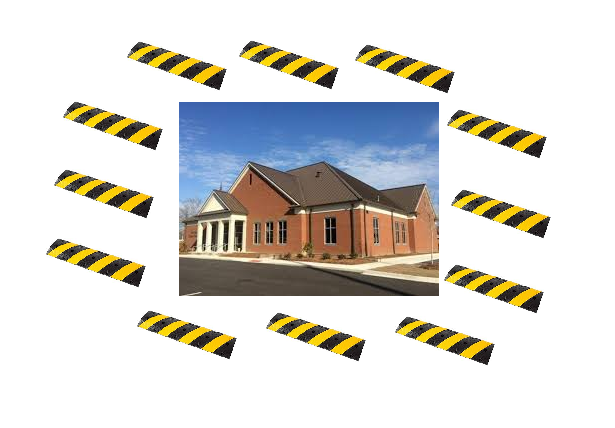 The owner of an assisted care facility for the elderly in the City of Claxton requested help with speed control on her street, but the city attorney told council that the city has ‘no right’ to do that.

Griffin said the business has been there for 17 years but the speed is an increasing problem in the area. “I don’t know how people manage to go from 0 to 60 in that little stretch, but they manage to do it and I’ve got residents that do like to get out and walk and I would rather people slow down on that street,” Griffin told council, also sharing she would be willing to assist with costs associated with installation.

According to the Georgia Department of Transportation, ‘speed bumps’ are for use in residential areas. Speed humps are used on public roads in areas with speed limits of 10-20 mph, speed tables are for use at 20-25 mph, and speed cushions slow traffic by 15-20 mph. Regardless of road type or size distinction, all are referred to as ‘traffic calming devices.’

Mayor Terry Branch said it is standard for the city to defer to the police chief for a recommendation on the matter, but first opened the floor for council comments.

Councilman Larry Anderson echoed Griffin’s concerns, saying drivers do travel at high rates of speed in the area. “I support what Jill said in her remarks,” Anderson said. Councilwoman Lisa Perry said people are not paying attention when family members are loading and unloading residents in the area. “It’s been a scary situation there sometimes…and I would recommend [speed humps],” Perry said.

Councilman Risher Williard said he would prefer to see a ‘less permanent’ approach tried first and suggested painting yellow lines on the road with the word ‘SLOW.’

Chief Dale Kirkland said the Evans County School system purchased the speed bumps in front of the school, but the city installed them.

City Attorney Bill Callaway interjected to say that a police officer being placed in front of the facility to monitor speeders would be a better option.

“Those speed bumps are the most awful things to have to go over. I can understand at the school because you’ve got kids…but if you start putting speed bumps in all the city streets, I mean, why can’t I have one and you have one in front of your house? I don’t favor speed bumps because it damages your vehicle. When you pay for $75,000 for a car, you really don’t want the city putting something on the roads that’s gonna tear it up.”

Pastor Chris DeLoach from the neighboring church said, “You do have kids at the Methodist Church. I’m not sure if that matters, but…” though no one acknowledged his remark.

Councilman Risher Williard said he would prefer to see a ‘less permanent’ approach tried first and suggested painting yellow lines on the road with the word ‘SLOW.’ “I don’t know if that will help or not, but it possibly could and then you wouldn’t have to deal with speed bumps.”

Speaking to the city attorney, Perry said, “I mean, that’s your opinion, but legally, what’s your legal opinion? Not just…”

“I’d have to look, but I’m not sure you have the right to impede the flow of traffic. You can set the speed, but speed bumps are totally different,” Callaway told Perry. “We have enough police officers that they can sit out there and slow the people down. It won’t take long.”

Callaway is also the Solicitor in municipal court for the City of Claxton and handles traffic citations issued inside the city limits.

Branch said the chief and the city attorney would do research and bring the matter back at the next meeting, so no action was taken.

A study published in Insurance Corporation of British Columbia titled Safety Benefits of Traffic Calming summarized 43 international studies and found that collision frequencies in areas with traffic calming measures declined between 8-100%. A more recent study conducted by The American Journal of Public Health found a 53-60% reduction in the odds of injury or death in neighborhoods with traffic calming measures.

Callaway’s proclamation that the city cannot ‘impede the flow of traffic’ and does not have the right to manage the streets is refuted by Chapter 6 of Title 40 in the Georgia code, which delegates speed control on city streets to the local authorities if not otherwise outlined by the state. GDOT recommends conducting a traffic study before installing traffic calming devices, but neither the study nor state approval is required.

Additionally, cities and counties around the state have Traffic Calming Device Implementation Plans, most of which are available on the internet for public review, which offer standards for citizens to consider before bringing a request before the local government and a list of guidelines the entity follows in considering the citizen’s request. A quick internet search yielded Implementation Plans for how cities and counties install speed humps for the City of Albany, City of Atlanta, City of Milton, City of Chamblee, City of Peachtree City, City of Roswell, City of Savannah, Augusta-Richmond County, Douglas County, Cherokee County, Columbia County, Forsyth County, DeKalb County, Fulton County, Gwinnett County, Henry County, Hall County, Paulding County and dozens more in all corners of the state.