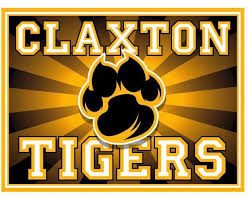 The Evans County Board of Education voted Monday night on an issue discussed in executive session, but the vote itself did not align with the Georgia Open Meetings Act.

Following a workshop session at Claxton Middle School, the Board made a motion to go into executive session for ‘personnel recommendations,’ according to the published agenda. After meeting behind closed doors in the school cafeteria for less than five minutes, the Board reconvened and allowed meeting attendees to return to the room.

After reconvening, Dr. David Greene called for a motion to ‘accept the personnel recommendations as recommended.” The motion was made by Board Member Joyce Lockwood and seconded by Ed Mosley. It passed unanimously.

Georgia sunshine laws allow government entities to enter into executive session for the purposes of discussing personnel, real estate, and pending litigation matters, however, the law is clear about votes cast outside of executive session.

Meetings when discussing or deliberating upon the appointment, employment,
compensation, hiring, disciplinary action or dismissal, or periodic evaluation or rating of a
public officer or employee or interviewing applicants for the position of the executive head
of an agency. This exception shall not apply to the receipt of evidence or when hearing
argument on personnel matters, including whether to impose disciplinary action or dismiss a public officer or employee or when considering or discussing matters of policy regarding the employment or hiring practices of the agency. The vote on any matter covered by this
paragraph shall be taken in public and minutes of the meeting as provided in this chapter
shall be made available. Meetings by an agency to discuss or take action on the filling of a
vacancy in the membership of the agency itself shall at all times be open to the public as
provided in this chapter;

The Board was correct to make the vote in an open meeting, but was wrong to vote on a measure before the public without stating what that measure was. If the issue was discussed in executive session, which it was, those meeting minutes are indefinitely sealed from the public and, therefore, cannot be reviewed to see who made the motion or what the recommendations entailed. Without the mention of it in the official minutes or on the record ahead of the vote, the only people who know what the Board voted to do are those that were in the session – the Board and the Superintendent. That is not consistent with the Georgia code section that indicates it should be public and recorded in the minutes.

AllOnGeorgia spoke with a former Board of Education member from middle Georgia and sitting council member from the metro area, both of whom confirmed that once the subject matter brought up in an open meeting, regardless of whether or not it was an approved executive session matter, the person who made the recommendation should have been named and the details of the recommendation explained.

Once the Board resumed the open meeting, it had a duty to fully disclose the recommendation to the public. Whether or not the vote on the recommendation is binding could be disputed, but the Board could avoid any legal issues by re-voting on the measure at the next meeting.

You can listen to the audio of the meeting in the video below:

Board Member Tara Powell was not present at Monday’s meeting.