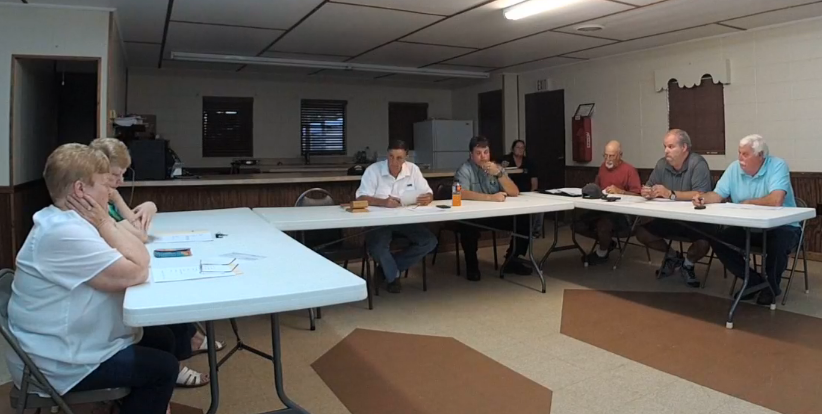 Though it was among the most pressing issues facing the town Monday night, the Oak Park City Council did not take action on the resignation of City Clerk Monica Slater.

It was the final item of the agenda after news broke Friday that Slater had resigned from her position following a few incidents at city hall last week. Council members had initially planned to fire her Monday evening but Wilson accepted her resignation himself Friday. The full article is here.

AllOnGeorgia does not have a copy of any of the documentation pertaining to the resignation because Patricia Bowen, who clerked the meeting, did not provide AllOnGeorgia with the usual media packet. AllOnGeorgia was present at the meeting, however, and the video below covers the meeting in its entirety. The discussion on Slater begins just after the 48:00 mark.

Mayor Wilson said Slater “made mistakes,” when Diane Wilson said she wanted Slater fired. “Everybody makes mistakes,” Larry Wilson said. “The good thing about peoeple make mistakes – at leas they were doing something.” The room erupted with laughter. “She did a good job for me. Do I know everything? No.” he continued.

Council members Elaine Strange and Diane Wilson were in favor of terminating Slater instead of allowing the resignation while Royce Dismuke and James Keith Head wanted to accept the letter. Mayor Larry Wilson had Dismuke and Head sign the letter ahead of the time as people were coming into the meeting. But Kevin Head, who is the son of James Keith Head and also a council member, was leaning toward termination. His vote would have tipped the scales 3-2 in favor of termination, so James Head and Royce Dismuke repeatedly called to adjourn the meeting. Kevin Head tried more than once to make a statement and ask questions about the resignation, but Mayor Wilson and James Keith Head spoke over him each time. The point made by James Keith Head was that termination would result in the city paying unemployment for Slater, but others said the payroll tax snafu was enough to terminate for misconduct.

Tammy Chapman spoke from the audience and said, “What if she goes to another small town and does the same thing?”

Councilman James Keith Head replied, “If they want a recommendation, they’ll get it.”

Council members Dismuke and Head, along with Mayor Wilson, refused to allow a vote on the letter. Larry Wilson was told multiple times that he could not adjourn the meeting without taking some sort of action on the resignation letter, to which he replied, “Well I accepted it.”

Because Monica Slater served as an appointed official put in place by the council, only the council has the authority to remove her from office – willingly or by termination – and must vote on her resignation.

The Council never voted to adjourn the meeting, either. James Head and Royce Dismuke got up from their seats when members of the audience asked if Slater had been compensated in her departure.

Mayor Wilson, before the letter came before council to be accepted and in taking it upon himself, told Council that he paid Slater’s weekly check, her vacation, time, and her sick time as a lump sum. Essentially, Wilson made a unilateral executive decision on severance package without first getting Council approval. When asked how much it was, Wilson said he didn’t know. Residents of Oak Park were outraged and one even called Wilson an “idiot” for his decisions about Slater.

Though it was discussed, there is no one qualified to take the place of Slater or carry on day-to-day operations of the City of Oak Park. Slater will be removed from city bank accounts and Mayor Larry Wilson and council members Royce Dismuke, who is mayor pro tem, and James Keith Head will remain on the bank accounts for action. Having James Keith Head on the bank statements is already excessive according to the City Charter, which details the mayor, the mayor pro-tem, and the city clerk as the signatories.

The Mayor also announced that Oak Park Police Chief Trey NeeSmith has taken a leave of absence and will not return until December. Assistant Chief Gerald Price will take his position while he is gone. Mayor Wilson suggested placing Price on all of the bank accounts while Slater was gone, but council members shut down the idea.

Councilwoman Elaine Strange suggested shutting the doors for anything other than water bills and other vital city functions, and having a CPA come in and analyze the financial position to get the books in order.

The City of Oak Park ultimately took no action on what to do in the interim.