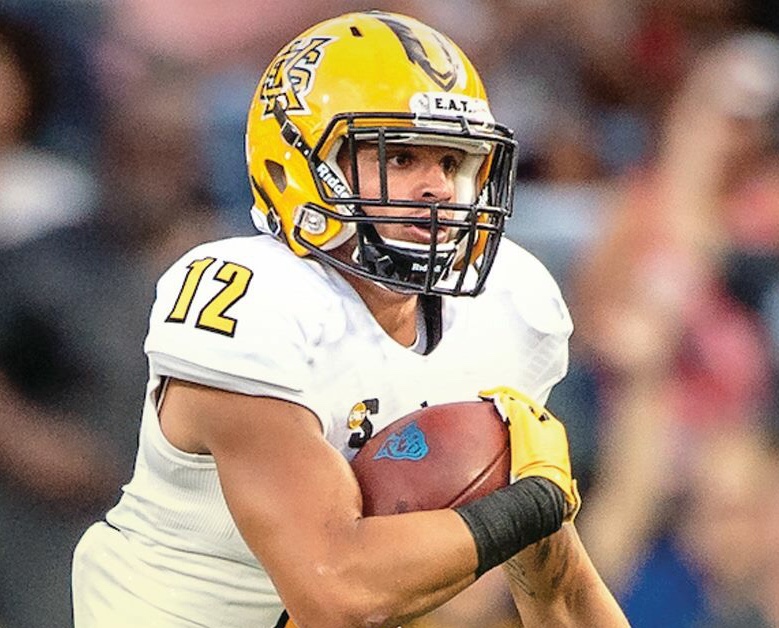 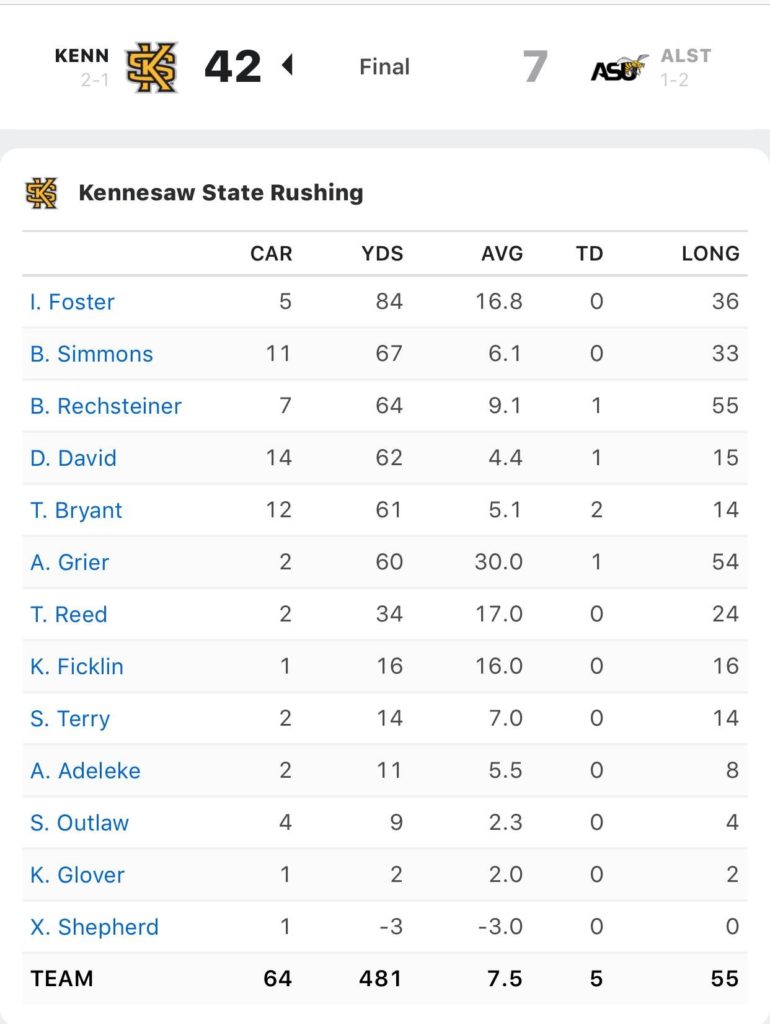 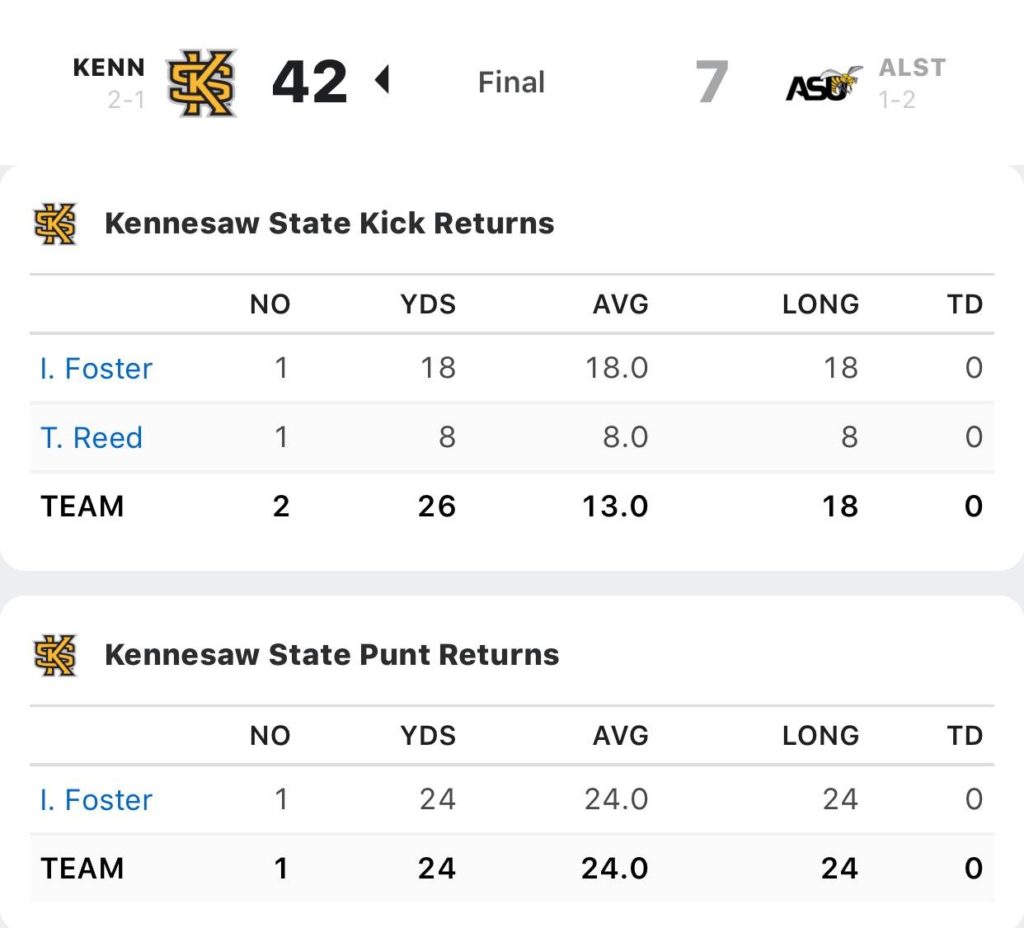 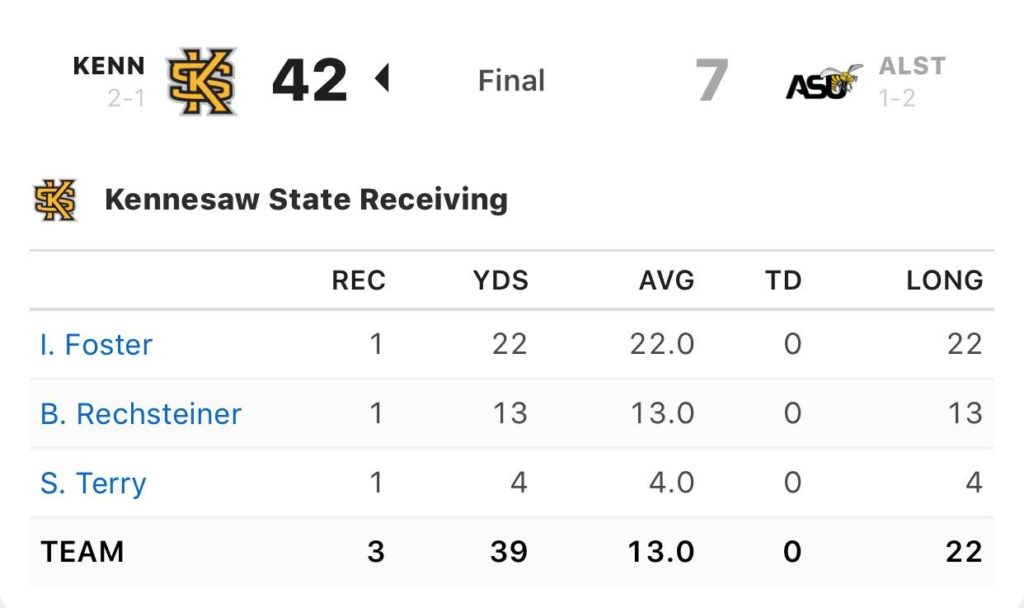 His 16.8 yards per carry average led all rushers with more than two carries. Foster continues to become an integral part of the KSU Offense and remains one of the most feared special teams player in the nation.

Team
• The Owls rushed for 481 yards, the most this season
• KSU recorded 26 first downs, the most since playing Campbell (26, Nov. 3, 2018)
• Kennesaw State picked off two passes for the first time this season
• The Owls have recorded just four punts in three games
• KSU held Alabama State to just 45 rushing yards
• The defense allowed just 202 yards of total offense, with 55 yards coming on one play

Foster is currently sitting third with most rushing yards for KSU. 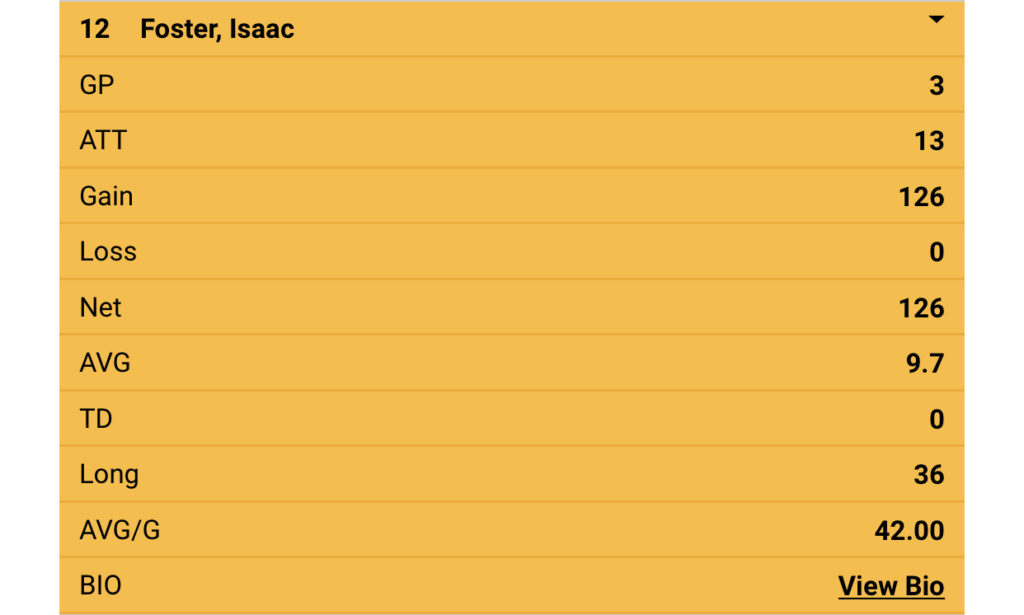 The Owls look to put together back-to-back wins and will end their three-game road swing at Missouri State on Saturday (Sept. 21).

The next home game at Fifth Third Bank Stadium will be on Saturday, September 28th at 6 p.m. as KSU takes on Reinhardt. The home game will be shown on ESPN.

Foster also made waves returning punts, returning 20 punts for 164 yards to rank No. 28 in the nation at 8.2 yards per attempt.