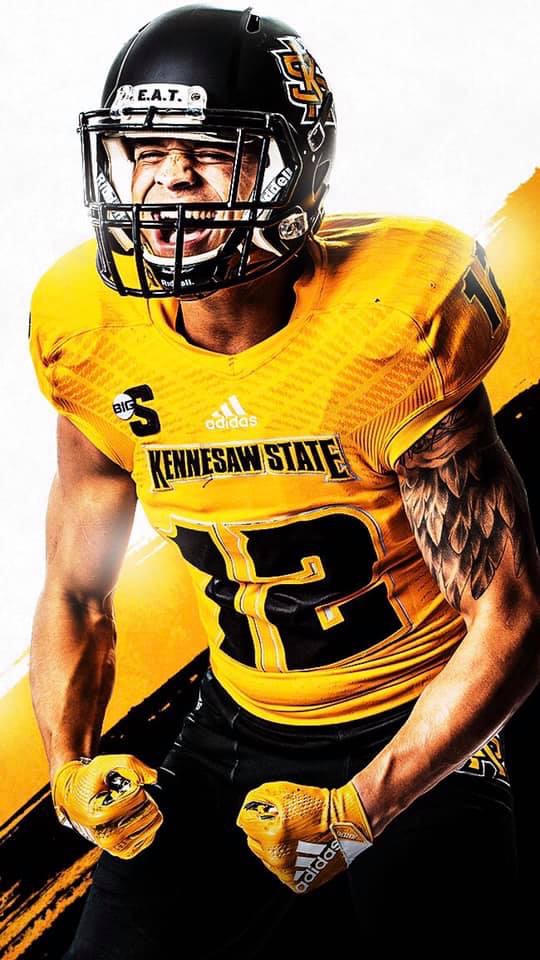 The Owls of Kennesaw State took down Reinhardt 31-7 in a rain-shortened contest at Fifth Third Bank Stadium.

After quarterback Daniel David put the Owls on top 14-0 in the opening quarter, redshirt sophomore Isaac Foster put on a clinic in rushing for the second week in row. Foster broke loose for a 44-yard TD, his FOURTH 40+ yard touchdown run in two weeks, to put the Owls up 21-0. He tacked on a 3-yard score before the half and, with only 6 carries, Foster had 127 yards and two touchdowns before lightening ended the game in the 3rd quarter.
Foster accounted for 2 receptions for 30 yards and again led the team in Kickoff returns. 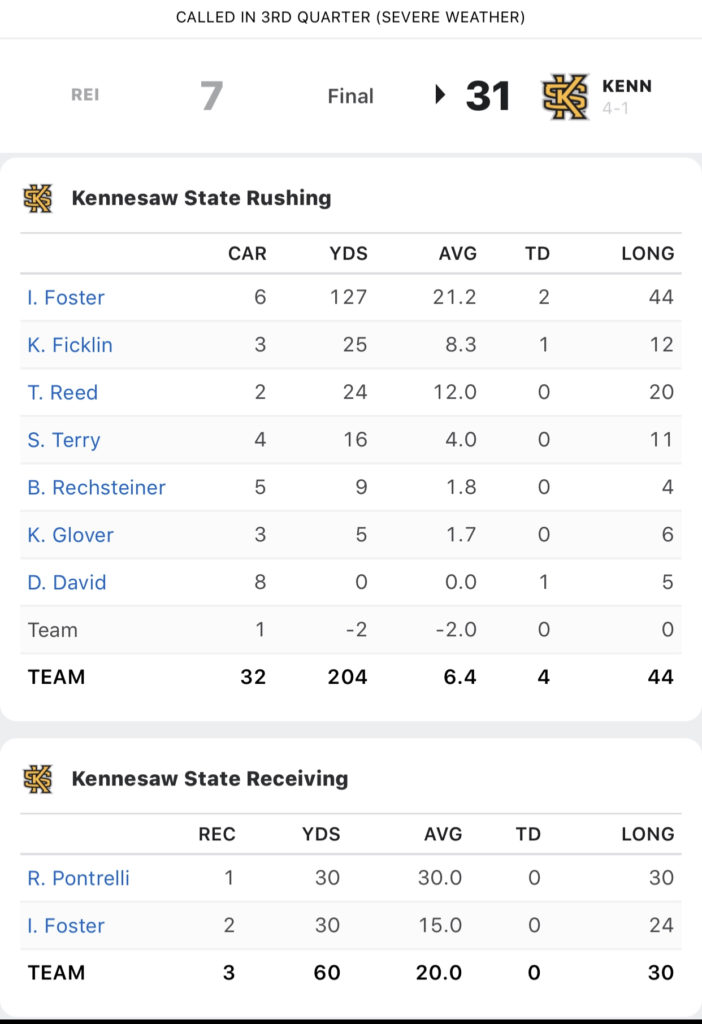 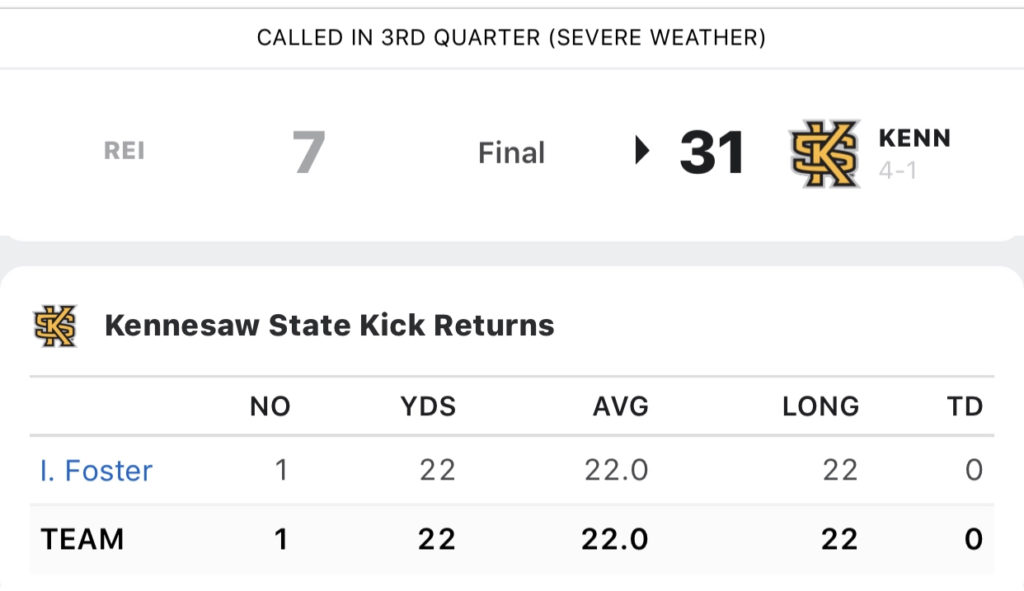 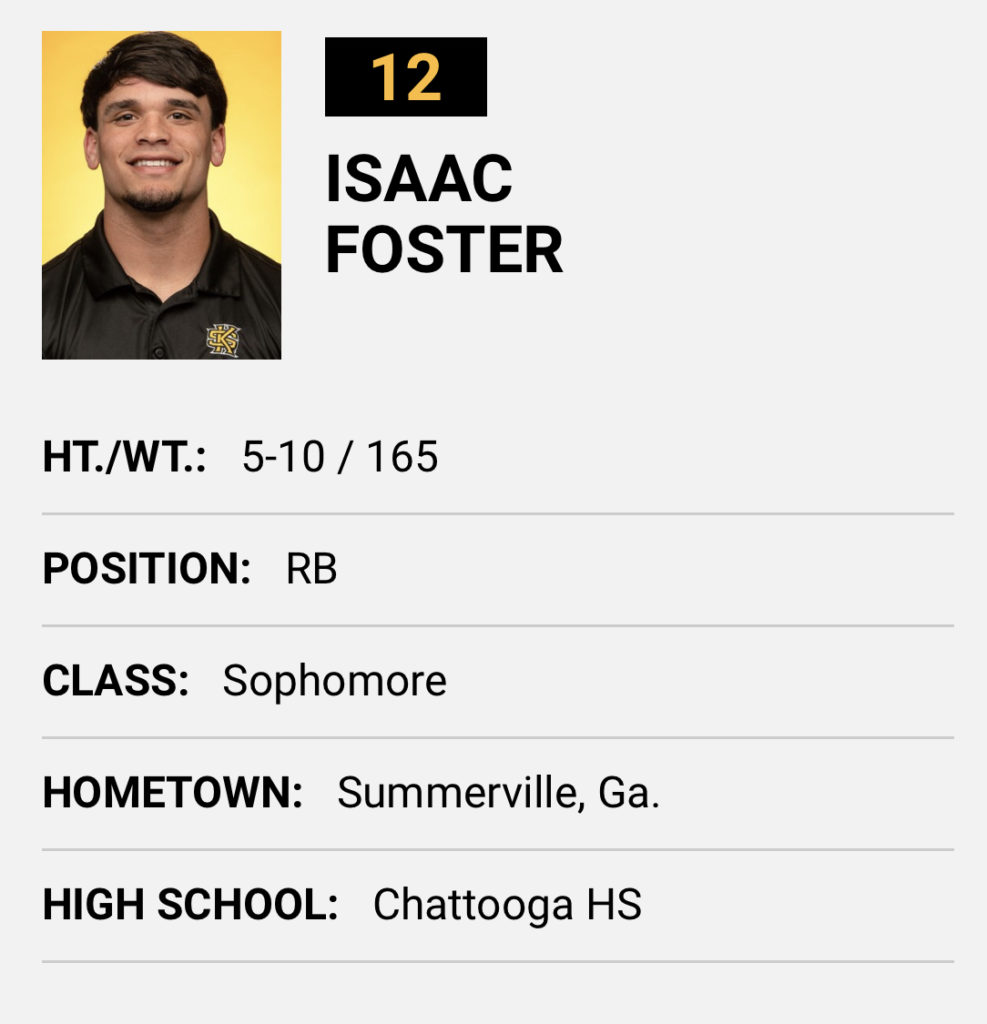 Foster’s senior season at Chattooga High School saw him post 1627 yards on the ground with a team-leading 17 touchdowns. Going into the third round of post season play, Foster’s resume included a staggering twelve 100+ yard rushing games and one 200+ yard game. In one game, Foster only carried the ball four times but scored on every carry.
Following a redshirt season, Foster has become a steadily increasing element of the Owl offense, being featured on ESPN’s Top 10 plays last week with the #7 play of the week on his 74-yard score enroute to a 183 yard rushing performance. Foster’s two 100 yard kickoff returns last season as a redshirt freshman cast him into the national spotlight, and coaches at KSU are high on the potential of just what the young tailback brings to the team.