Trion vs Gordon Lee, Oldest Rivalry in the State

Many experts believe the 86-year rivalry between the Trojans from Gordon Lee and the Bulldogs from Trion to be the oldest football rivalry in Georgia. 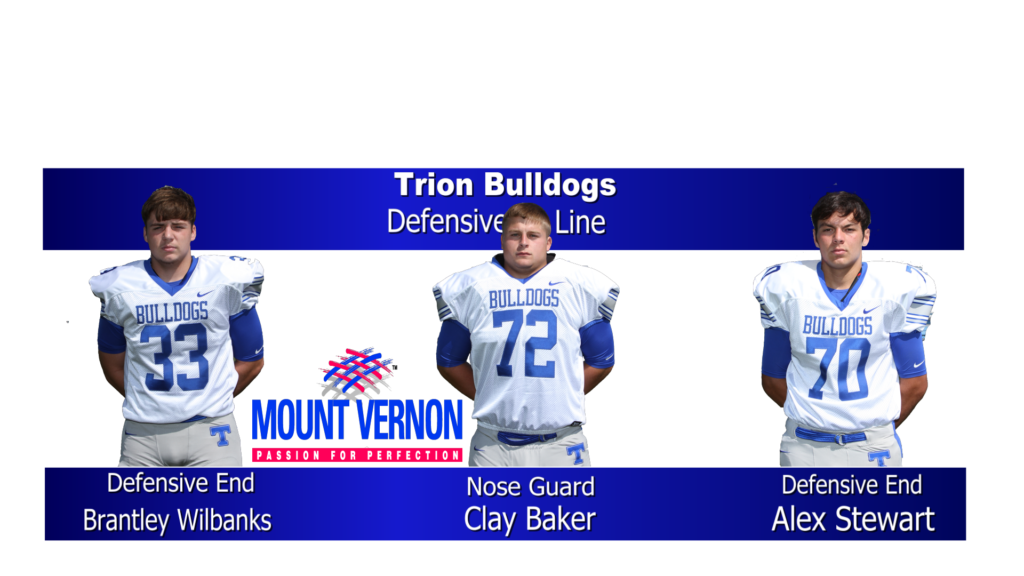 Many experts believe the 86-year rivalry between the Trojans from Gordon Lee and the Bulldogs from Trion to be the oldest football rivalry in Georgia. The match up began 1933, the two teams have faced off on the football field almost ninety times with records showing Trion leads the matchup 62-21-1. For the last several years Trion has held all the bragging rights. And Coach Justin Brown said Trion is going for win #63 tonight as the Bulldogs travel to Gordon Lee for the 2019 edition of the matchup.

In fact Gordon Lee has not beat Trion since 2011. This rivalry is so successful because of “the similarity of the towns, school systems and blue collar work ethic,” says Trion Head Football Coach Justin Brown. “This is the best rivalry in the State,” added Brown. If you are a Bulldog and you only win one game in the season, it’d better be against Gordon Lee.

Former Trion player Mike Bowers shared the following letter from Coach Blevins, who use to give the team a scouting report for the coming Friday game on Monday of each week. “He always put a cover sheet on it to give us little direction and to inspire us. This one is from my junior year, the year we were region champs. This one is for the Gordon Lee game and of course there is no one a Trion Bulldog wants to beat worse than the Trojans. Back in the those days the Gordon Lee game was always the last game of the year. We had to beat them to clinch the championship which we did. Go Bulldogs beat those Trojans,” Bowers posted on Facebook. 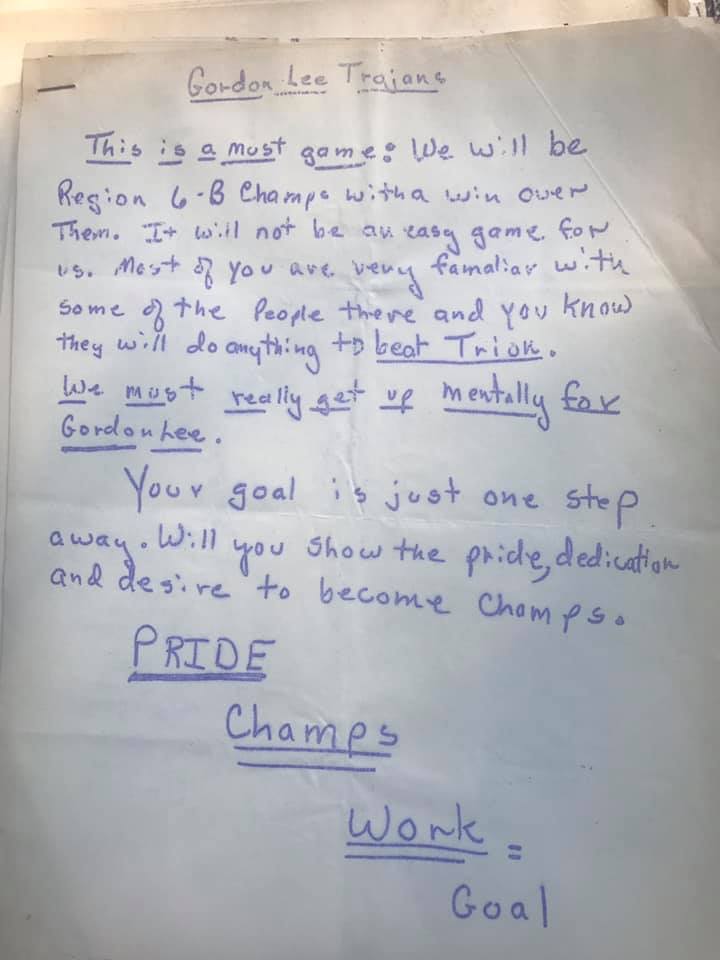 Last year the game ended in an epic finish, with the score Trion 34, Gordon Lee 34, and 3.4 seconds remaining, Trion had a field goal blocked, Hagen Willingham picked up the loose ball and ran into the end zone in dramatic style for the final play of the game.

Trion’s Hagen Willingham had the game of a lifetime. 17 carries for 288 yards and five touchdowns. Willingham is now 3rd in the record books for most touchdowns in a single game and third in rushing yards in a single game. He picked up another 23 yards on a reception. With the score Trion 34, Gordon Lee 34, with 3.4 seconds remaining, Trion had a field goal blocked, Willingham picked up the loose ball and ran into the end zone in dramatic style for the final play of the game. #epic

Posted by All On Georgia – Chattooga on Saturday, September 22, 2018

Keys to Win: Coach Justin Brown says he expects the game to be a tough one, “they’ll be ready to play, we have got to limit mistakes and tackle well. We can’t allow big plays.” 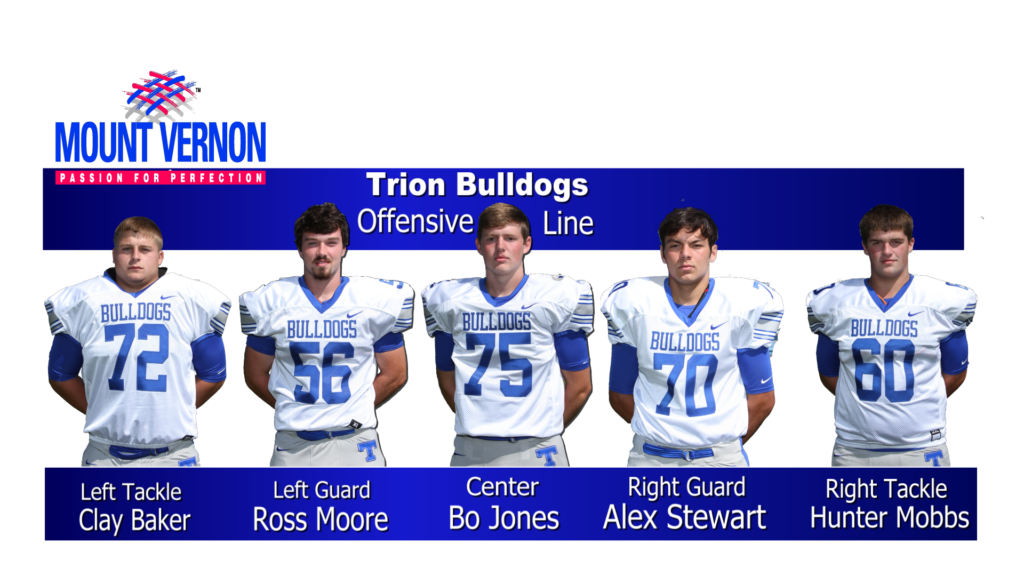 As far as how this week has been at practice for the Bulldogs, Brown said the practices although still dealing with hot temperatures have all went good and there has been a good energy all week at practice. “The guys have grasped the game plan well. We nee to go and execute.”

The game in Chickamauga will begin at 7:30 p.m.