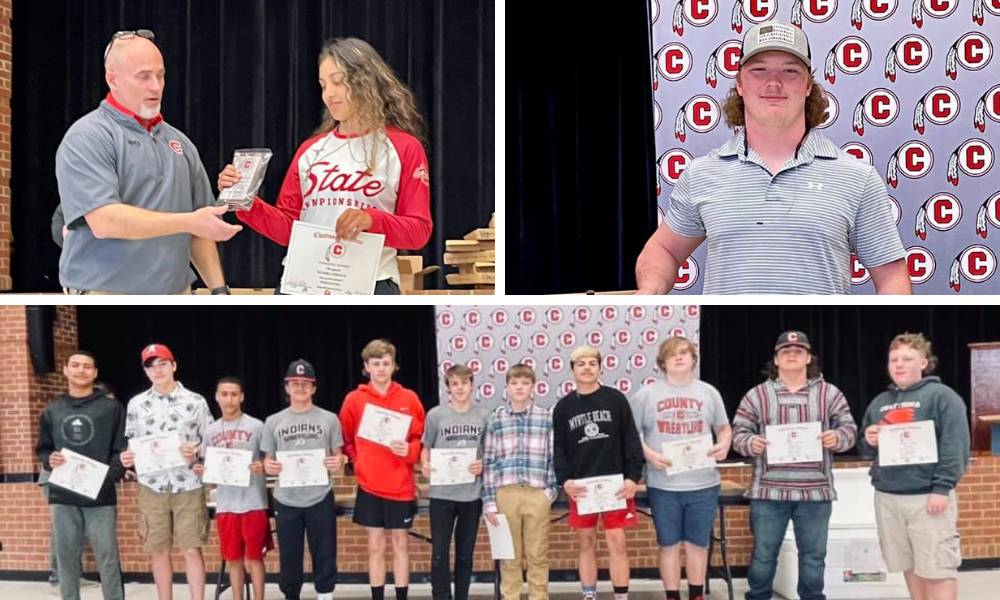 The most outstanding recipient, Ty Veatch, not only won the 220lb GHSA State Championship, but finished undefeated for the season going 20-0, he is only second Chattooga Indian wrestler to go undefeated.

The groundbreaker award recipient, Kendra Heroch, finished her freshman season with a loss in overtime in the State Finals. Her list of “firsts” for a female wrestler at Chattooga:-1st girl to compete in the GHSA Girls State Championship Tournament
-1st to win at State
-1st to pin at State
-1st to make it to finals at State
-1st to place at State

Chattooga Wrestling is graduating two seniors, Ty Veatch and Hector Velez, and has 13 upcoming freshmen on the way.