Chattooga Football Enjoys a Great Spring, Capped Off with a Win 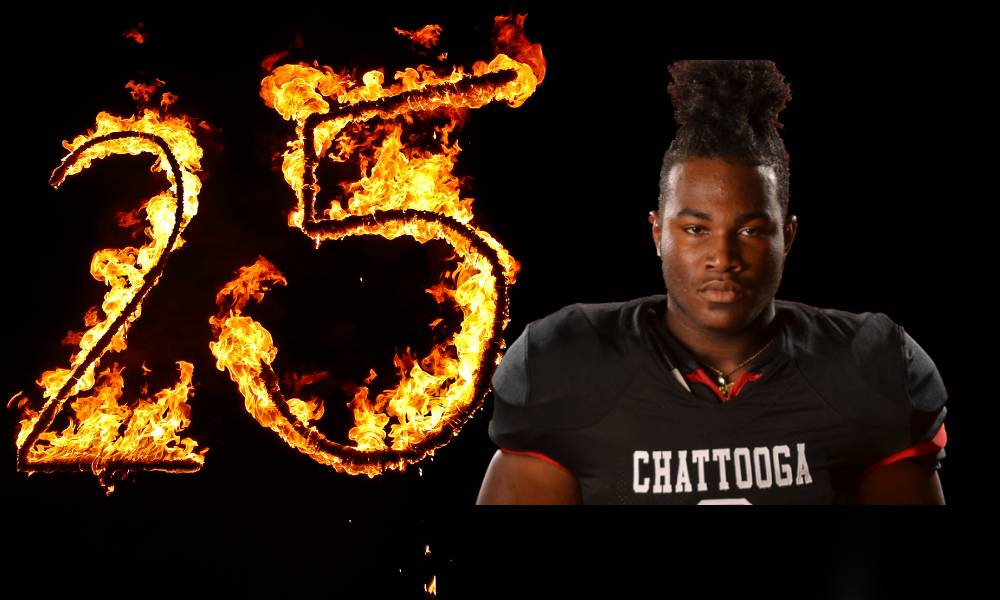 The first two weeks of spring football for the Chattooga Indians saw perfect spring-time weather, and then last week someone turned the heat on.

Chattooga Football wrapped up its spring season with a 21-18 victory over Coahulla Creek (AAA) on Thursday, May 27th.

Replacing the strong arm of Cash Allen was the most of obvious challenge of spring. During spring practice the Indians worked Brody Mobbs and Nic Hester at the quarterback position. “I thought they both progressed and got better, right now I think we can win with either one of them,” Peek said.

The spring game saw what Indian fans have learned to expect over the last three seasons, Shaun Lester running all over the field. The only change is Lester’s jersey number, he traded in the #6, which he has worn for 3 seasons, and has opted for a throwback number for his senior season, his rec league number, #25.

“Shaun brings a swagger to everybody, everyone has confidence in him. He is very dependable, he has not missed a practice, a day of school, or a workout since I have been here. He takes care of his business,” Peek said.

New number, same results. Lester had six touches for 165 yards, two touchdowns, and a 2-point conversion. Lester’s longest run of the game was a 28-yard touchdown.

Zaden Perry found the pay dirt in the 3rd quarter. Caroline Hodges kicked the PAT making the game 21-10 after 3 quarters. 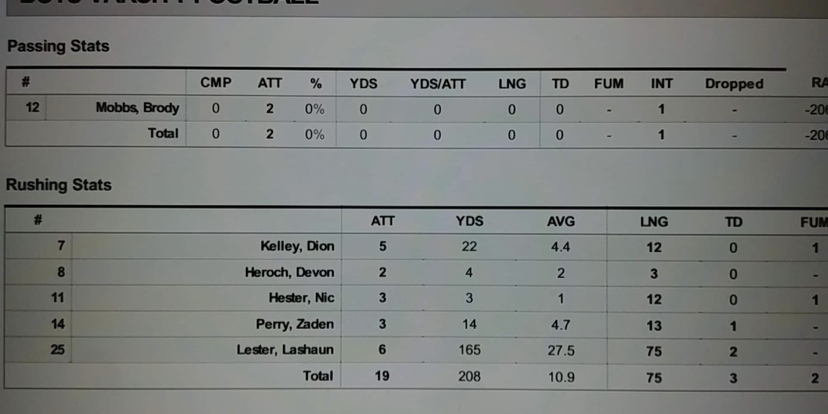 At linebacker, Senior Devon Heroch, the lead tackler from last season, was the one calling in the defense and getting everyone set up. Besides Heroch, the linebacker group is inexperienced according to Peek.

Junior Zaden Perry, on defense is a hybrid type player at linebacker/DE. He had three hurries and a sack in the Coahulla Creek game, “he was a real bright spot,” according to Peek. “He played with a lot more confidence.”

The defensive line is a strong point according to Peek with Zander Cook at defensive end.

The offensive line, Peek says, “well it is a working project, most of those guys didn’t play a lot for us last year.”

Chattooga started 11 different offensive lineman last season, “ideally we would like to have 5 guys who play o-line all day,” Peek said.

Kicking game: Caroline Hodges is back and had one PAT in the Coahulla Creek victory.

“Nic Hester will be returning and punting. Nic was one of the best return guys in this part of the state last year,” according to Peek.

The varsity played the first 3 quarters, with the younger Indians taking the field in the 4th.

The JV team gave up a touchdown in the 4th, stopped Coahulla Creek’s 2-point conversion after a bad snap, then got tackled for a safety ending the game at 21-18.

There are no coaching changes to the Indian staff, “that is a positive, same guys we started with, and Dee Mosteller is going to join us again as well.”

The Indians have several 7 vs 7 camps planned for June. Peek said he was thankful for a great spring and looking forward to summer on the gridiron.