Chattooga Middle School Football Coach Jeff Bullen decided it was time for him to set the record straight about what happened with the Championship game and forced forfeit. 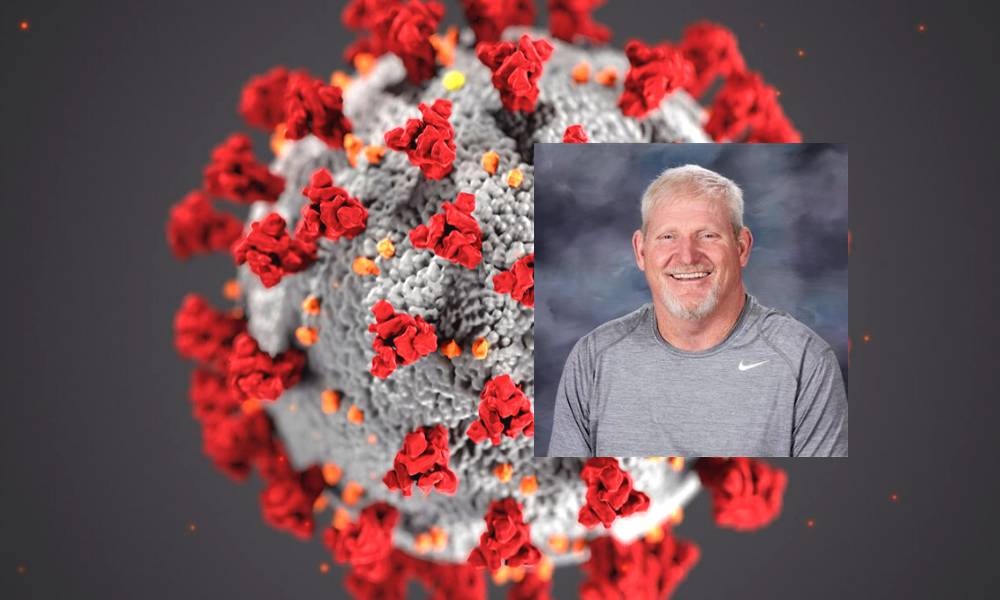 Chattooga Middle School Football Coach Jeff Bullen decided it was time for him to set the record straight about what happened with the Championship game and forced forfeit:

On Wednesday, October 7th, I talked with Coach Hilley from Ashworth about the possibility of moving our Championship game to October 20th because of a possible positive test of a player with the CoronaVirus. He was very courteous and said we could set that date if we were forced to by a positive test. That same day, I also talked to Becky McCoy, the Executive Director of the FCAA about a possible move. She said that was good, if both parties agreed. I told her I had talked to Coach Hilley and he was on board with changing. She also requested a copy of the students positive test for her records. She stated that we would not have to quarantine, but I told her I thought we would because of other teams that have had to quarantine. I know the Chattooga County BOE is looking out for the health and safety of all students including Ashworth.

On Thursday, October 8th, the positive test was confirmed at 9:00am by the student’s mother. We were told we would be in quarantine at or around 10:00am. I immediately texted the officials, set the date for the 20th, and texted Ashworth. Becky Mccoy did not send me an email about the play or forfeit ruling she had made. Most of the time, her emails don’t go through to me and she knows this. The first email regarding a forfeiture was from Sket Angland from Ashworth. I was floored and shocked by this. To this day, I have not heard a valid reason why we cannot play on the 20th.

My teams have played on October 24th and October 27th in seasons past, when we have made the championship round. The ruling by her that was used was the GHSA rule stating “during the playoffs if a team is quarantined they will forfeit the game”. In my interpretation of this rule, this would be for example, if you were in the high school playoffs in December and a team goes under quarantine, they would have to forfeit because of the time limit so that football season would be over by the start of the New Year. This should not apply to two middle school teams in NW Georgia. All over the country, teams are working together for the sake of the kids to provide them with great experiences. Our league has also done their part in working with each other during the season. This is a pandemic, why wouldn’t we work with each other?

To me this rule should not apply to this situation. If the shoe was on the other foot, Jeff Bullen and his team would be playing on the 20th or at least not forced to forfeit and be Co-Champions. Becky Mccoy, (who I tried to phone at 10:43am, 11:25am, and 11:59am, left messages, and was never contacted) states that “ we don’t have a FCAA By-Law covering this situation, so we refer back to GHSA guidelines”. In our By-Laws, Rule XI-G states, “In the case a game has to be rescheduled, both schools involved and the Executive Secretary will decide when the game will be rescheduled.” Is Chattooga Middle School not involved in this rule? She said it was “essentially the same rule”.

Sket Angland, Principal at Ashworth Middle, called me some time after lunch and asked if we were forfeiting and she needed to tell her parents that the game had been cancelled. I told her that she could call it whatever she wanted to, but I was not forfeiting. I told her we could not play because of quarantine. I also asked her why their stance about playing on the 20th had changed from Wednesday morning till now. She said Coach Hilley said we “might be able to play on the 20th. When I called him, I did not hear this. He said he stated it. I thought we had a verbal agreement with both Becky McCoy and Ashworth. They said they had concerns about Winter sports getting started.  For the record, we have no conflicts with basketball or wrestling.

I had numerous calls from concerned parents that afternoon wondering why we were forfeiting and why Ashworth Middle had declared themselves champions on social media. I know that hurt our kids. Friday October 9th, Superintendent Jared Hosmer, Jeff Martin, and our Principal Martha Templeton, agreed to appeal. I also had a nice conversation with Blake Lawson about the situation. He agreed that their kids wanted to play also. At 2:20pm, I received an email from Becky McCoy stating that “The FCAA Executive Committee met today to review the appeal from Chattooga regarding the forfeiture of the championship game due to quarantined students. After hearing the situation and reviewing email exchange, the decision to follow GHSA guidelines that state “during the state playoffs, if a team has to quarantine, then their season is considered over and must forfeit”. We did not even get to present our appeal in person. I called Becky McCoy at 2:47pm, 3:17pm, and 3:40pm, left messages , but she did not return my call.

Questions I have are:

*Why wouldn’t FCAA work with us during a pandemic?
*Why couldn’t we use Rule X1-G instead of a GHSA rule?
*Why did we not get to present our case to the Executive Committee, either by Zoom or in person?

FCAA Executive Committee votes unanimously to uphold the forfeiture for Chattooga
FCAA Backs Away from COVID-19 Forfeit, Awards Co-Champions for a Game That Was Never Played
Posting....