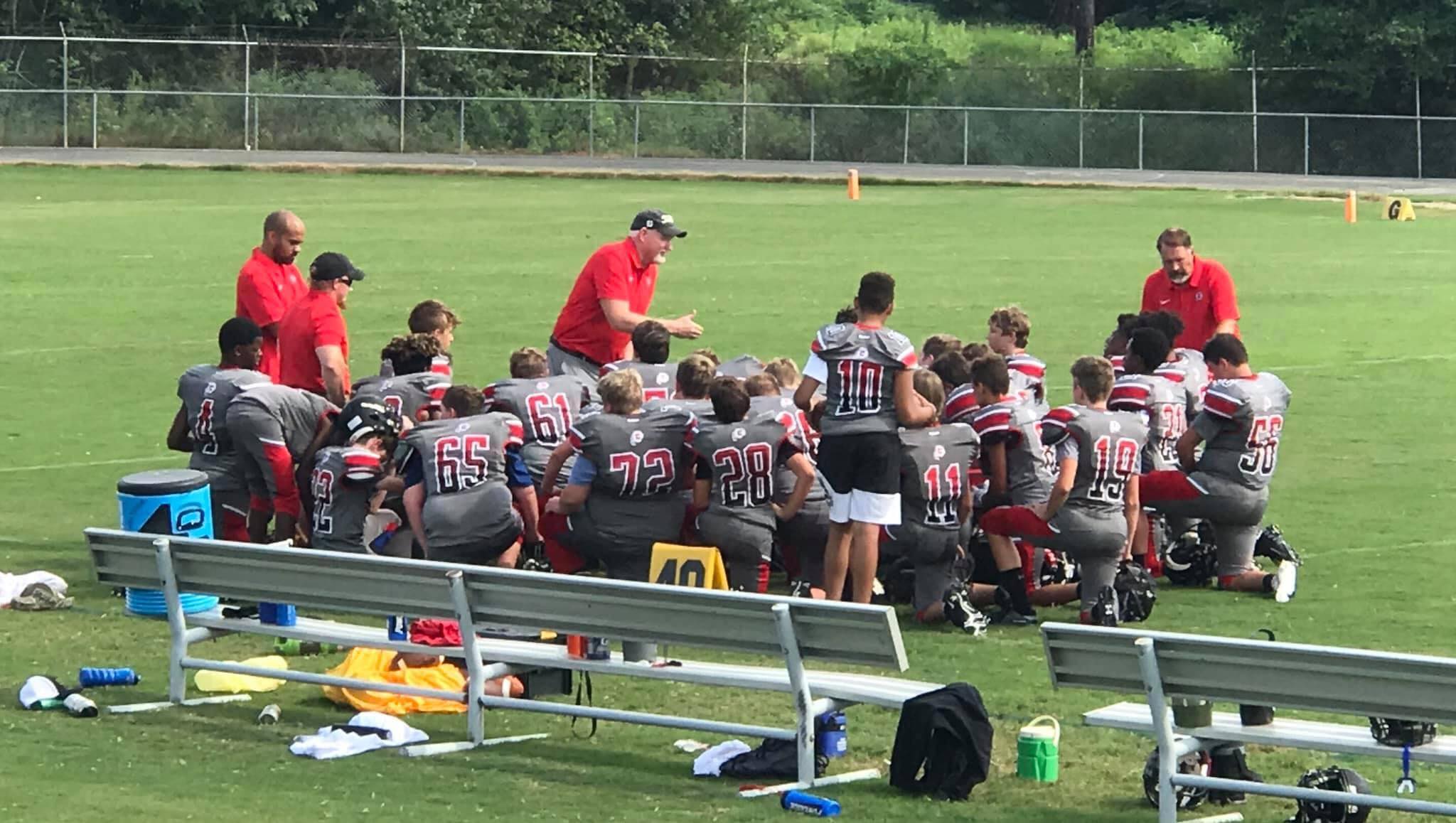 The COVID-19 pandemic is affecting football all across America, from middle school to the NFL.

Chattooga Middle School was looking to cap off its undefeated football season with a championship game against Ashworth Middle School until a Covid-19 positive case ended the season with a forced forfeit. By rule, a forfeit results in a 1-0 loss for the forfeiting team.

Chattooga Middle School’s football team found out Thursday morning there was a positive Covid-19 case and the entire team would be required to quarantine.

According to Ashworth Middle School’s assistant principal Mr. Lowrance, Chattooga’s head coach, Jeff Bullen contacted the school Thursday morning to ask if they would consider moving the game scheduled for October 8 to October 20. “We looked at basketball schedules and wrestling schedules and then checked the by-laws for the FCAA and the GHSA because there are no specific FCAA bylaws so we go to the GHSA default and the GHSA has for playoffs that if a team has quarantined then that team forfeits the game.”

“The reason the GHSA has this rule is so there is a clear end of the season,” Lowrance said.

In the October newsletter released by GHSA Executive Director Robin Hines explains the rules for high school teams: “If games are canceled due to legitimate COVID-19 issues, schools can make those games up later in the season or the game will be a “no contest” and not be counted in the permanent record of the team. If it is a region game, the same process is in place, However, every effort should be made to play the game. Obviously, if a team has to cancel a game once the playoffs start, their season will be ended at that point, unfortunately.”

High school football playoff games that are affected by COVID-19 will not be rescheduled and thus forfeited by the team that’s forced to forfeit the game according to the Georgia High School Association.

For the middle school teams in the FCAA there aren’t  playoff games, just one championship game.

In the Floyd County Athletic Association Ashworth (Gordon County) and Chattooga are the only two schools outside of Floyd County schools that play in the league.

Coach Bullen said he has started the appeals process with the FCAA in hopes of getting the game rescheduled.

In Chattooga’s first matchup with Ashworth the Indians had a lopsided victory, at halftime the Indians were beating the Warriors 41-0, the second half featured some playing time from the younger Indians and the game ended 41-6.

“This quarantine caused us to have to ask to reschedule the championship game that was to be played yesterday. We have been told that by rule, if you must reschedule because of quarantine it will be recorded as a forfeit. We are working to go before the Association committee for a ruling,” Chattooga Schools Superintendent Jared Hosmer said. 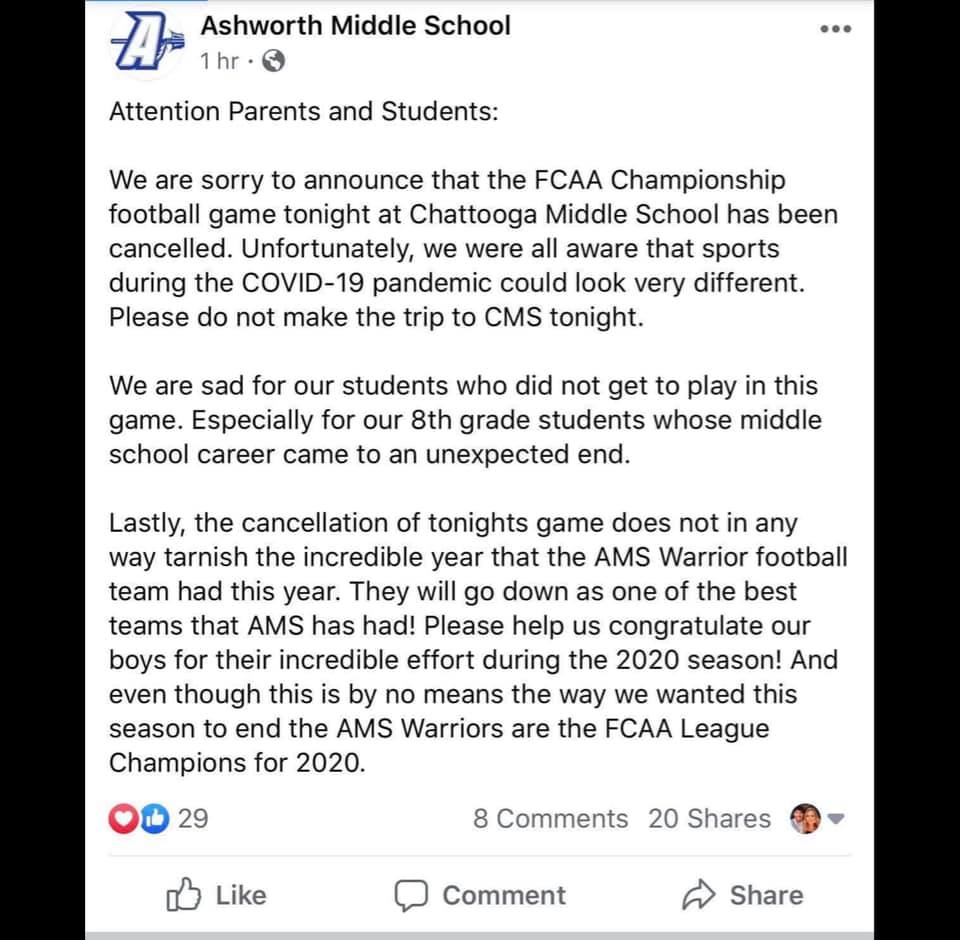 “This is not the way we wanted the season to end for either team,” Mr. Lowrance said.

AllOnGeorgia has filed an Open Records Request with Chattooga County Schools for a copy of the electronic communications between the school administrations and the FCAA regarding the championship game.