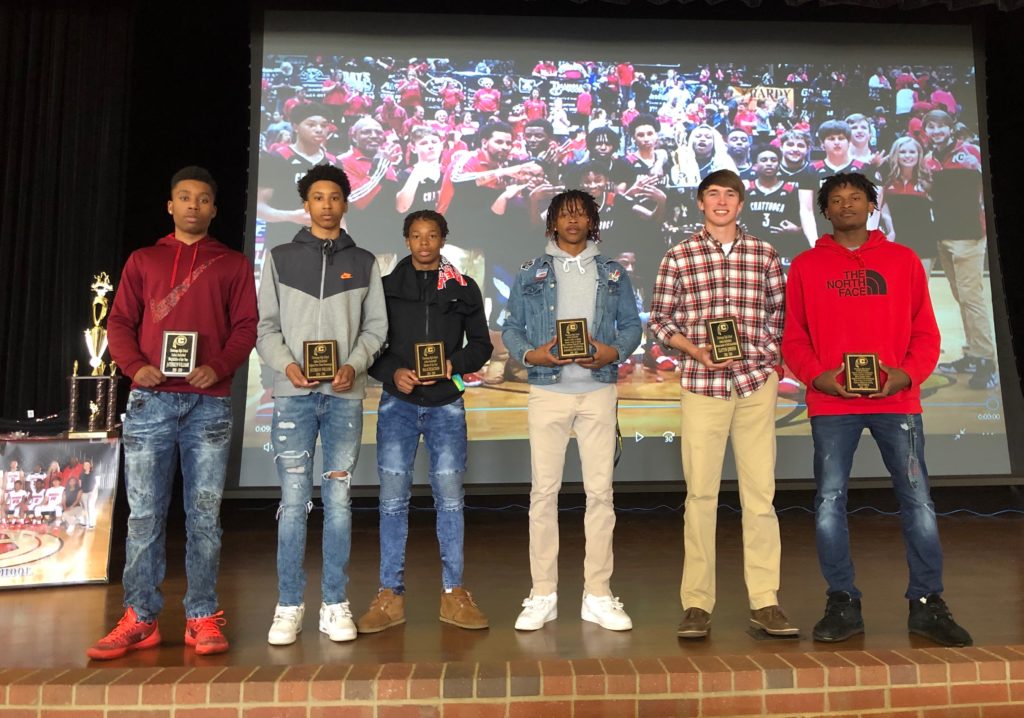 The Chattooga Boys’ Basketball Team commemorated their 2018-2019 season at their annual awards banquet tonight. The Indians finished their season as three-time repeat Region Champions, hosted a state playoff game and made it to the GHSA Sweet 16 round. Although they were hoping to go further, they celebrated their accomplishments as a team and recognized individuals for their impact this season.

Scholar Athlete of the Year: Brody Mobbs and Zander Cook

Weightlifter of the Year: Jaterrion Williams

Shooter of the Year: Malachi Jackson