Saturday was a big day for the sport of Wrestling across the county. 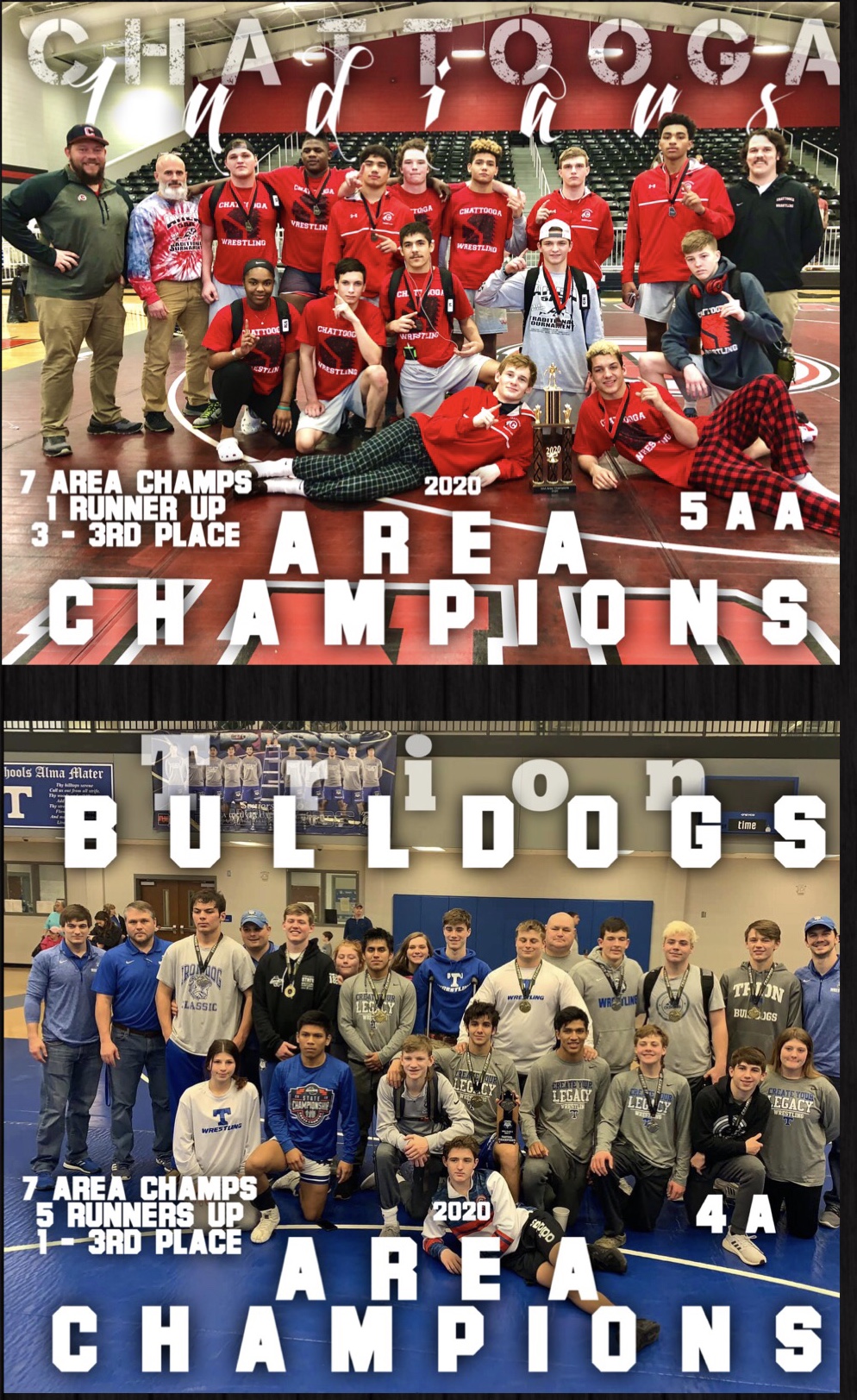 Saturday was a big day for the sport of Wrestling across the county. Trion hosted the 4A AREA CHAMPIONSHIP on Saturday February 1st  at the Bulldog Gym in Trion, while Chattooga hosted the 5AA AREA CHAMPIONSHIP in Summerville at Tribe Pride Arena. Both programs were looking to place as many wrestlers as possible into the Top 4 as only the TOP FOUR wrestlers from each weight class will advance to Sectionals next weekend.

Both programs had record setting days on the mat.

Chattooga set the school records for Most Area Finalsts (8), Most Area Champs (7), and Most Area Placers (11).

The Indians had 13 wrestlers competing (Hector Velez (126) placed 5th as an alternate) and outscored Rockmart with 219 total points to the Yellowjackets’ 143.5. Dade County finished 3rd with 141.

There are only TWO Sectional tournaments for each of the GHSA’s seven classifications. This year, for BOTH Trion AND Chattooga, Sectionals will be hosted at Bremen High School. The schools will be competing against two other areas FROM THEIR OWN CLASSIFICATIONS.

Trion’s 4A Area will be competing against Areas 2A and 5A, while Chattooga’s Area 5AA will be competing against 2AA and 5AA. The Indians and Bulldogs will be battling with their own rivals in an attempt to place as many wrestlers as possible into the TOP SIX. ONLY the TOP SIX wrestlers in each weight class will advance to the State Championship. This tournament will feature 16-man brackets with 12 wrestlers in each bracket.

Location: Bremen High School (for BOTH Trion AND Chattooga)