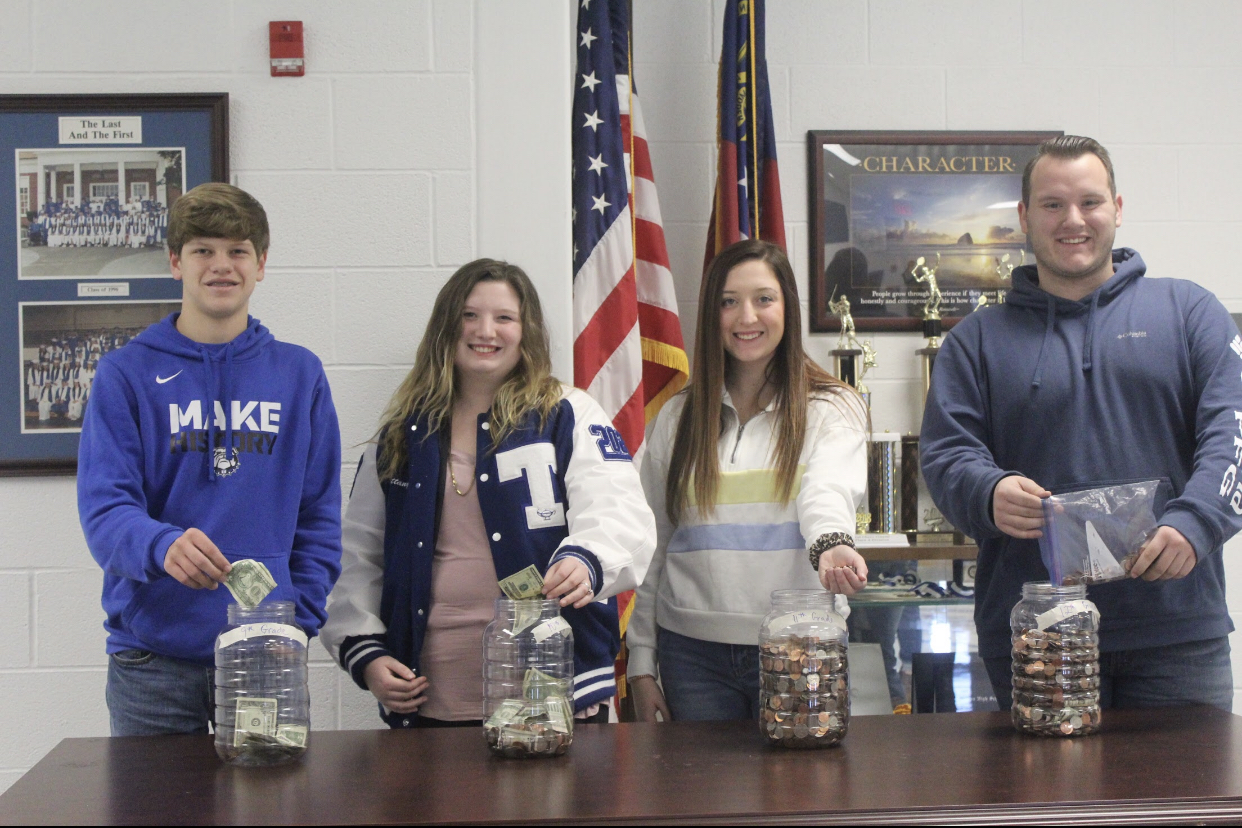 When Senior Harley Harris heard of the series of unfortunate tragedies in Australia, she couldn’t think of anything else but how to help! She worked up a wonderful and so far extremely succesful fundraiser to raise money rather quickly.

Trion High School students have begun raising money to donate to the Australian forest fires fund. The whole student body has been competing in a race to donate, each grade getting their own donation box.
The goal is for each grade to raise as much as they can and at the end, the class with the most money recieves a reward. The incentive for winning the competition is a free pizza party for the whole grade. Students have been eager to donate, not just for the pizza, but to help out in this time of need.

When Senior Seth Hall heard about the competition he believed it to be a more than worthy cause. In that very instant he emptied out his pockets into the bucket and he plans on donating as much more as he can later on.

It’s refreshing to see every student become so involved in wanting to give back to not just their own community but a whole other continent. Harris is one of Trion High’s brightest pupils and this fundraiser has become her top priority. She, along with many more students, are still working and will continue to work on helping out Austrailia in any way they can.