There has been increased reports of black bear sightings and activity. Sound wildlife management practices have restored Georgia’s black bears to a thriving population estimated at 4,100 bears statewide. 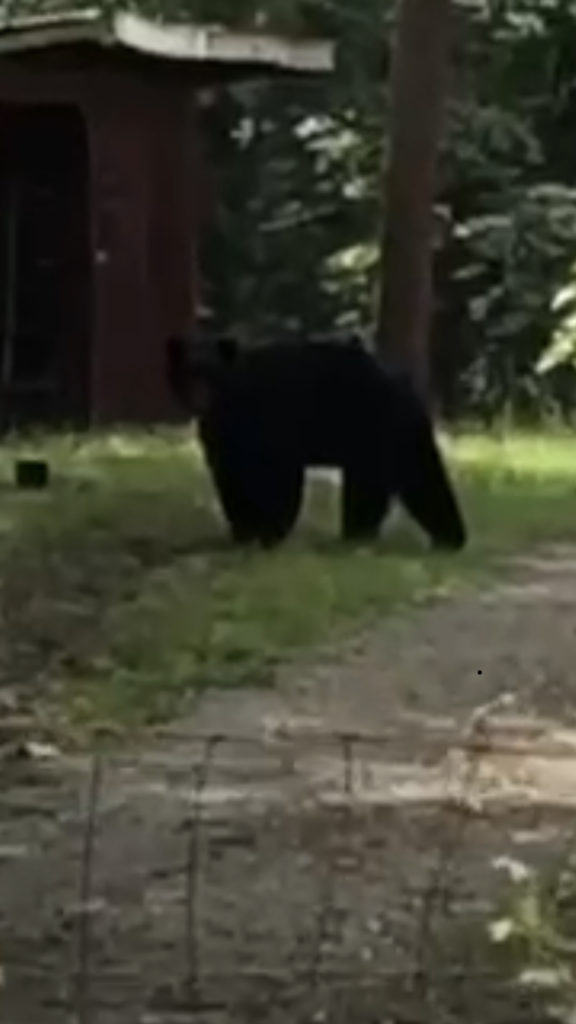 Due to consistent sound wildlife management practices, Georgia’s black bears have returned to a thriving population. Now estimated at approximately 4,100 bears statewide, there has been increases in reports of black bear sightings and activity all across the state.
Cash Allen, a resident of Cloudland, Georgia on the western edge of Chattooga County, caught a weekend glimpse of this large black bear and captured this video.

These sightings are normal, and to be expected across our state, according to the Georgia Department of Natural Resources’ Wildlife Resources Division.

Adam Hammond, state bear biologist with the Wildlife Resources Division says it’s important “we become ‘BearWise’ and learn to live responsibly with bears, it allows us to find the best solutions for keeping bears wild, and protects the bears themselves, and our neighborhoods and businesses.”

“People should be proactive around their homes or businesses to ensure there is nothing that will attract bears and serve as a ‘free lunch,’” says Hammond. “Providing bears a meal might initially seem harmless, but bears that continue to have access to human-provided foods often become dependent upon people for food, sometimes leading to destructive and potentially harmful behavior, which can eventually lead to their own demise. We want to avoid this cycle.”

The black bear is a symbol of Georgia’s natural diversity, the only bear found in the state and a conservation success story. Though now considered the most common bear in North America, the species was nearly eradicated from Georgia in the 1930s due to unregulated market hunting, illegal harvest—including the killing of bears as “vermin,” and large-scale habitat loss. Sound wildlife management practices have restored Georgia’s black bears to a thriving population estimated at 4,100 bears statewide.

Black bears may legally be hunted during the season, which occurs each fall in Georgia in certain areas (www.georgiawildlife.com/hunting/regulations). However, the taking of bears during any other time of the year or the taking of bears illegally during the hunting season is called poaching. Prevent poaching of bears by reporting any illegal activity. Information can be reported by email, phone or in person. Visit http://gadnrle.org/ranger-hotline for details.

For more information on how to live responsibly with bears, visit www.bearwise.org.

Another Fun Volunteer Saturday is Approaching
Two meteor showers to peak Monday night, up to 25 meteors per hour possible
Posting....