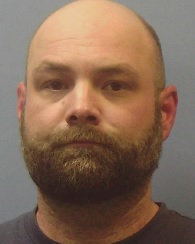 Jason Leon Thomas, a 36-year old Trion resident has been arrested and charged with 100 counts of sexual exploitation of a child.

Sheriff Mark Schrader that Thomas was arrested after an investigation that began last year into child pornography.  “In August 2017 Sheriff Office Investigator Jason Burrage, as an affiliate member of Georgia’s Internet Crimes Against Children Task Force, began an investigation regarding suspected child pornography. The investigation started from two tips received by Investigator Burrage from the National Center for Missing and Exploited Children. This investigation led to the execution of a search warrant at a residence occupied by Jason Leon Thomas located on Moore Street in Trion. Pursuant to that search warrant Thomas’s cell phone was seized and submitted to a digital forensic examiner with the Georgia Bureau of Investigation. The results of that examination revealed numerous images, 100 of which were found to be in violation of Georgia’s computer pornography and sexual exploitation of children act,” Schrader said.