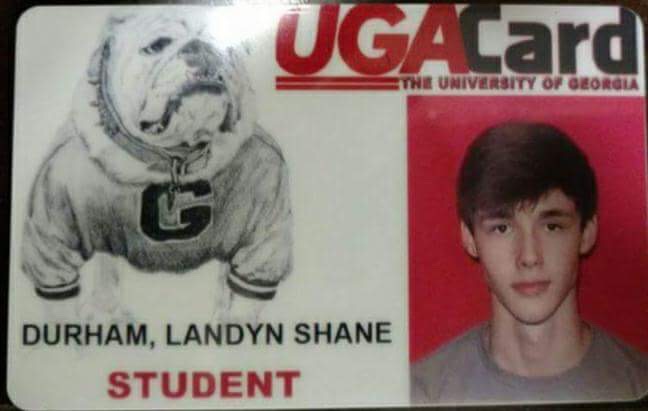 Landyn Durham, 20, a 2016 graduate of Trion High School, has been charged and arrested for ENTERING AUTOMOBILE/OTHER MV W/ INTENT TO COMMIT THEFT OR FELONY by the Athens Clarke County Police Department.

Detective Rodriguez with the Athens Clark Police Department told AllOnGeorgia the second charge of ENTERING AUTOMOBILE/OTHER MV W/ INTENT TO COMMIT THEFT OR FELONY against Durham stems from Durham allegedly entering another vehicle and removing a Lacrosse jersey belonging to a UGA player.

Durham alledgedly confessed to stealing several items valued at over $40,000.00 from the vehicle belonging to University of Georgia linebacker Roquan Smith.

According to Trion school officials, Durham was a model Trion student.

Trion High School Principal Bryan Edge told AllOnGeorgia, “Landyn was a wonderful student during his time at Trion High School. He is very intelligent. He did not cause any problems while he was here.”

Some of the items recovered