The Chattooga unemployment rate was up sharply from 4.6 percent in January to 8.5 percent in February, almost doubling. 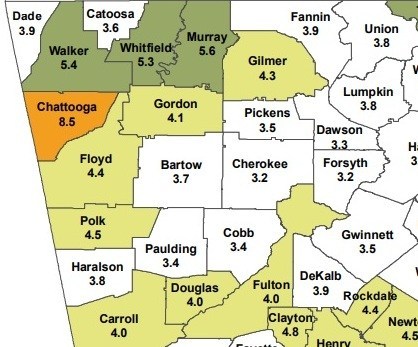 The jobless rate nationwide for February was 3.8 percent, and 3.9 percent in Georgia.