The funding announced is available under Trump’s Tax Cuts and Jobs Act of 2017 for ‘spurring economic development in economically distressed communities nationwide.’ 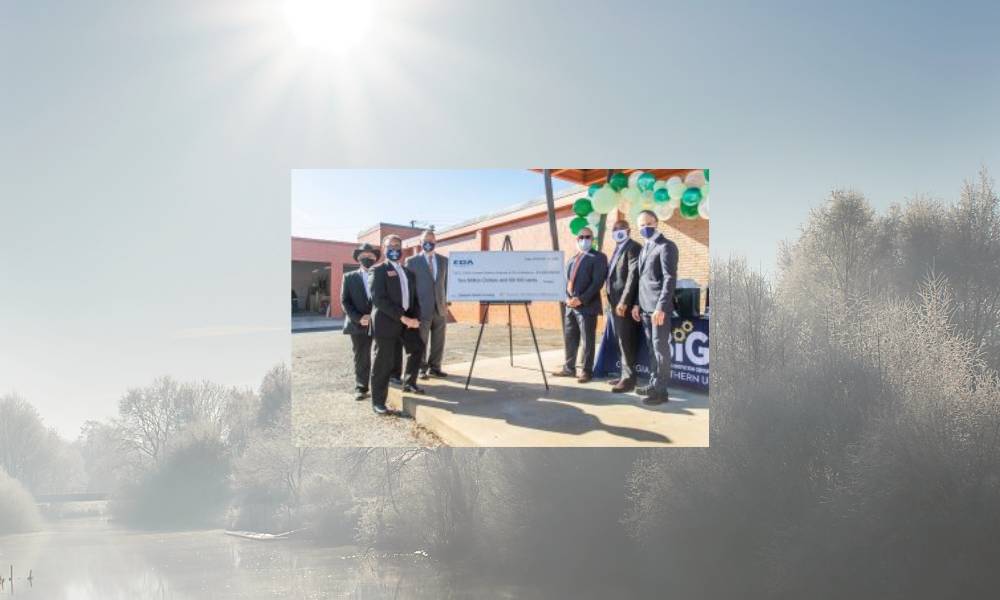 The EDA grant will be matched with $500,000 in funding from the City of Statesboro and is expected to create 300 jobs and generate $40 million in private investment.

“Hurricane Irma severely impacted Statesboro and Bulloch County in 2017,” Secretary of Commerce Wilbur Ross said in a release. “This project will strengthen the partnership between the Downtown Statesboro Development Authority and Georgia Southern University’s Business Innovation Group and aid in their efforts to rebuild and reinforce the region’s economy. The Opportunity Zone designation will further transform the local economy.”

Anthony Foti, who is performing the delegated duties of the Assistant Secretary for Legislative and Intergovernmental Affairs echoed those comments Thursday during an announcement ceremony in Statesboro.

“It truly is great to be here in Statesboro,” said Foti. “You guys are certainly driving, in a collaborative way, what happens when cities and university officials and business communities meld together to drive entrepreneurial growth. You should all be very proud of your efforts.“

The funding will go to renovate and expand Statesboro’s downtown incubator space, known as the Business Innovation Group (BIG), a unit of Georgia Southern University Parker College of Business. The center is committed to developing a vibrant entrepreneurship and innovation ecosystem for the community, and providing students with the skills and training necessary to understand business principles, to experience how businesses operate and to successfully launch a new business enterprise.

“When we say Georgia Southern is ready to power, serve and transform our communities, the region and beyond — projects like this are exactly what we mean,” said Kyle Marrero, Georgia Southern’s president. “Here, we are taking the academic power of Georgia Southern, partnering with the Downtown Statesboro Development Authority and the City of Statesboro to fuel opportunities for the people in this region.”

Statesboro Mayor Jonathan McCollar said the city’s investment of $500,000 was “too good not to act on” and was unanimously approved when city council members considered the grant proposal.

“I, along with the members of the Statesboro City Council, are very excited to see this property transformed and provide a more welcoming entrant to downtown for our residents and visitors,” said McCollar. “The completion of this project will bring even more visitors to our growing downtown and will provide additional meeting space not only for city staff, but for local businesses and entrepreneurs.

Dominique Halaby, director of BIG and author of the grant proposal, said the award will not only “help spur continued business development, it will contribute to improving the quality of life in Statesboro.

“The goal is to convert the 64 East Main property to a strong visual marker for the eastern entry to downtown,” Halaby said. “The proposed facility will serve as an economic engine and as a community gathering place. The partnership with DSDA means city residents get a ‘mini-civic center’ at a fraction of the cost to taxpayers, while the relationship with Georgia Southern BIG means that overhead and routine maintenance and operations will be handled by the University.”