There are 3 candidates on the Republican ballot for Solicitor in Bulloch County. Do you know what you need to know before you head to the polls? 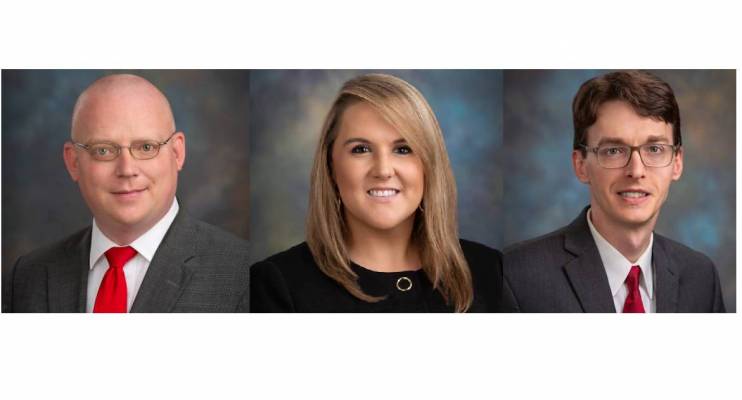 The Primary Election was moved to June 9th.
Early voting is already underway.

There are 3 candidates on the Republican ballot for Solicitor in Bulloch County:

Last month, each candidate answer questions on the office, misdemeanor offenses, and their respective resumes (all linked above). Here’s an excerpt:

Question: A number of prosecutors around the state have opted not to prosecute misdemeanor marijuana offenses due to concerns over field testing and the evolving public opinion on marijuana generally. What is your position on this?

EDWARDS: I strongly believe that it is not appropriate for local courts and prosecutors to determine which laws to follow and which laws to ignore. It is the job of the judicial system to enforce the law as it is, not as we may wish it to be. We elect legislators to determine which laws to enact and which actions are criminal in nature. As Solicitor-General, it would be my duty to enforce the State of Georgia’s marijuana offenses as well as all other misdemeanor offenses and I intend to do so.

FINDLEY: My oath as a prosecutor includes swearing to uphold the law as put in place by the legislature of the State of Georgia, the Constitution of the State of Georgia, and the Constitution of the United States. That often times includes prosecuting offenses subject to public inquiry. I will continue to truthfully and honestly uphold my oath as a prosecutor, and will certainly adapt if changes in the law are made.

LANIER: Current Georgia law provides that possession of less than one ounce of marijuana is punishable as a misdemeanor offense.  Being the Acting Solicitor-General, my job is to prosecute misdemeanor offenses. Thus, I prosecute it and plan to continue so long as that is the law.  In other words, I have a job to do and am going to do it. If the law changes, so will I.

That being said, not every possession of marijuana case is the same:  Some have a small amount, some have a lot, some lie about having it and run from law enforcement, some voluntarily hand it over and cooperate, for some it is their first and only offense, and for some it is the fifth time.

These circumstances should be taken into consideration.  If it is a first offense, and if the Court permits, I recommend any sentence be under Conditional Discharge (O.C.G.A. 16-13-2a).  This is a legal mechanism for a first-time drug offense to be essentially discharged and not treated as a conviction upon successful completion of the sentence terms.  Some type of drug or alcohol evaluation is standard in most State Court sentences and for subsequent or more serious offenses, I recommend a more thorough or “clinical” drug or alcohol evaluation.  The punishment should fit the crime and the circumstances surrounding it; I want to take the circumstances surrounding the arrest into consideration in the courtroom and have begun to modify my recommendations based on the above.

Question: How should the Bulloch County Solicitor’s Office measure success?

EDWARDS: My goal is to efficiently manage the caseload of the office by ensuring that cases move through the court system in a timely manner while also protecting the rights of all parties, victims and defendants, that appear before the court. Specifically, this office has the responsibility of prosecuting each matter based on the facts specific to the case while also taking into consideration how similarly situated individuals are treated in order to promote consistency in administering justice. Doing so allows for all individuals appearing before the court to have clear expectations as to possible outcomes of any case while also giving consideration to the particular facts and circumstances surrounding each individual. While results are important, success should not be measured by wins and losses but whether justice was done in each case.

FINDLEY: I have always measured my prosecutorial success by being able to go home at the end of the day knowing I did what was right in my cases.  That does not always necessarily align with what is popular, nor does it always ensure victory in the common interpretation of the word. However, I would carry that mentality into the role of Solicitor-General if given the opportunity.  An elected office of this kind is successful when it is approaching the job with integrity, prosecuting cases fairly, and instilling confidence of that within the community it serves.

LANIER: Due to the nature of some misdemeanor and traffic offenses, it is difficult to measure success in terms of a conviction rate.  Conviction rates are important and though the overwhelming majority of cases that come through my office result in a conviction, I can’t honestly say that a conviction will solve the underlying issue for the public or the victim.  For example, meeting the burden of proof and obtaining a conviction for the offenses of Public Intoxication and Affray (fighting), doesn’t mean that person has stopped drinking and fighting. The sentence could include jail time or significant alcohol counselling and anger management; there remains no guarantee they will stop drinking and fighting.  It will work for some, but not all. I use alcohol as an example because it appears to be a contributing factor in many of the cases I’ve prosecuted. The vast majority of people obey the law. Those that are charged and come through Bulloch County State Court will typically see the inside of a courtroom only once in their lifetime. Those that do return, seem to return often.  This appears to be the issue in courts around the nation and there is considerable debate on how to have a “success” in these cases.

I try to measure success by doing the best I can on each case.  Sticking with the scenario above, the best resolution may be jail time depending on the severity of the offense, history, and injuries.  Or it could be a fine, community service, a provision requiring him/her to stay away from the other party, and a good alcohol evaluation with compliance as part of the probated sentence. The point I’m getting to is the facts and circumstance of each case and each defendant need to be considered as well as the State’s ability to meet the burden of proof beyond a reasonable doubt.

Each also recorded a video to air ahead of the live stream of the Bulloch County Republican Party’s debate for the Sheriff’s candidates. They are below in alphabetical order.

Statesboro Police Chief: Attitude of Minneapolis Officers was “Callous and Indifferent”
McCollar on Racial Inequalities, Injustices: “Our City is Not Exempt”
Posting....